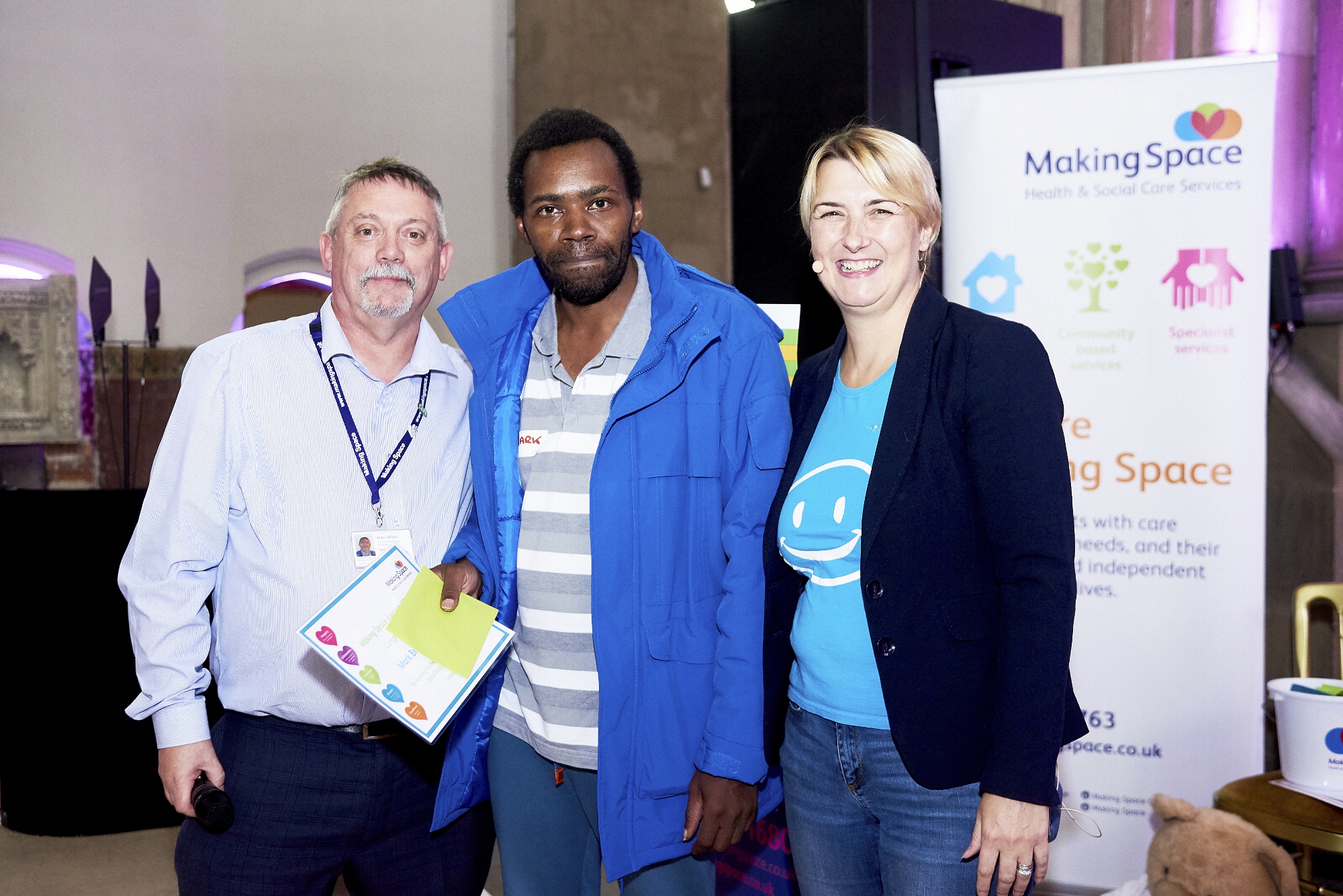 Two Hunslet men have been given awards by a national charity in recognition of their respect, care and compassion for others.

Mark Braithwaite, 54, and Eli Sherrif, 65, are both tenants in Waterhouse Court, a supported housing scheme run by national adult health and social care charity Making Space. They were nominated for the awards by support worker Debra Hanrahan, who nominated Mark for a ‘Respect’ award and Eli for the ‘Stand Out’ award.

“Mark is all about respect – that’s what everybody says about him. He’ll offer to take people out in their wheelchairs, he befriends people who are ill and spends time with them, he’ll shop for people who aren’t able to go themselves. He’s a very kind and thoughtful person and an absolute credit to himself, and thoroughly deserves his award for being such a respectful gentleman.”

“Despite being extremely shy with no confidence, Eli volunteered to run the gardening group at Waterhouse Court. Since then, he’s worked really hard to build up his knowledge and has won lots of awards for his gardening, as well as helping other service users to learn gardening skills. He’s worked so hard to maintain the gardens, including ordering, growing and selling plants to raise money. I nominated him to recognise the 28 years of dedication he’s given, and I’m very happy he won the award.”

Both men were presented with their awards at a ceremony at Making Space’s Mind, Body, Soul event at Gorton Monastery in Manchester. Neither knew they’d been nominated until the day, so their awards came as a complete surprise.

“I was very surprised, I thought I was going to a nice day out, I had no idea I’d be getting an award for helping people when they need it. I’d never been to anything like that before and was very pleased to win.”

Eli was equally as surprised and pleased with his award.

“I’ve worked with people at the day centre for 28 years, teaching horticulture and we’ve won lots of trophies,” he said. “But this is the best trophy I’ve had. I’m very grateful to Making Space for recognising all the work we’ve done together in the garden over the years.”

The ceremony marked the second annual Making Space Awards to celebrate the achievements of the people they support as well as their volunteers. Mark and Eli’s awards were two of seven handed out at the ceremony.

Making Space supports over 15,000 people all over the country who are living with mental health conditions, dementia or learning disabilities as well as providing support for carers.