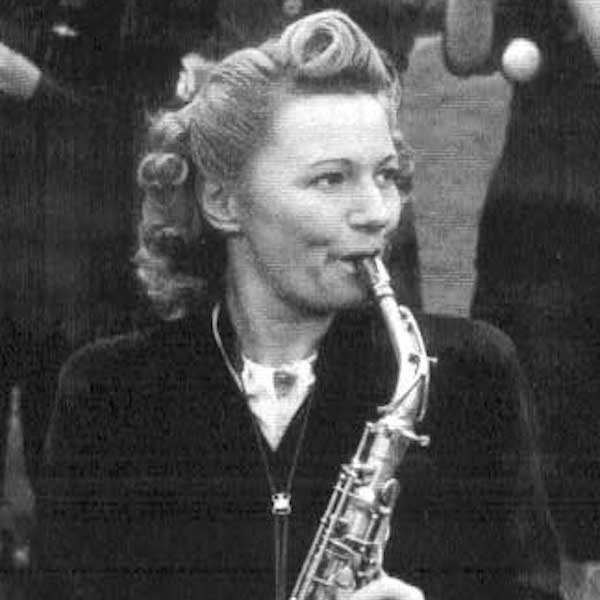 When we were still allowed in our workspaces, I had a wall of heroes to inspire me at my side whilst I toiled.

On that wall were, amongst others, French & Saunders, CJ Walker, Little Simz and Ivy Benson. Ivy has always been extra special to me as she was born in Holbeck and a house in my home town, Beeston, sports a blue plaque with her name. Ivy formed her All Girl Band in 1939 and surpassed male band leaders in many people’s minds, because she actually performed as well as she conducted.

Ivy’s Dad was an accomplished musician and by the time she was 5 he had taught her to play the piano. At the age of 9 she had held a piano recital on BBC Children’s Hour and was touring working men’s clubs under the stage name Baby Benson.
As she grew up, Ivy had no cash to buy any instruments so she went from a job in a shoe department to one in a clothing factory in order to save enough money to buy her first clarinet. Despite all of her hard work she still had to pay it off in installments.

At the age of seventeen she was in the factory from 8am until 6pm and performing at dances in the evening from 8pm until 2 or 3 in the morning. She suffered a nervous breakdown and something had to give – luckily for music lovers everywhere it was the factory work that she dropped.

It wasn’t an easy time as she explains:

“At that time, girl musicians were looked upon as something freakish. Something odd. We’d invaded a masculine field.”

Sick of the appalling pay and conditions for female musicians, Ivy decided to do something about it. In her first band she had five female musicians, all older than her and not as talented as she would have liked. In fact, she described her efforts at forming them into a successful band as like getting “a silk purse from a sow’s ear”!

Ivy entertained the troops during WW2 from the age of 18. She thoroughly enjoyed the work although she was only paid £10 per performance.

Even as late as 1971, Ivy is discussing in an interview how hard it is for female musicians to make their way into the jazz scene and is still being asked the question “Do female musicians sound different to male ones?” The answer of course, is no.
90% of Ivy’s musicians were from the North of England and ranged from age 15 to 26 years old. She often lost a large part of her band as they went off to get married.

Over 250 women were recruited to her band over a 40 year period, with one band member calling her “the mother hen looking after her young”. It is rumoured she could be quite strict when the need arose, which I can imagine was often with a band of young, talented women playing to packed theatres night after night.

Ivy adapted the style of her music to reflect the changes in popular music from the 1950s onwards. When she had to change the name of her band to “Ivy Benson and Her Show Band” to comply with the 1975 Sex Discrimination Act, it is believed that she often offered male musicians a place in the band on the proviso he could get into a size 10-16 dress.

In true style, Ivy’s last gig was in 1982 at The Savoy Hotel in London. She was involved in the work of Help The Aged after her retirement.

Ivy put paid to the idea that a female band of musicians could not sound as good as a male one and outlasted most who ever dared to express that opinion. Ivy Benson is my local hero because she was doing girl power before the Spice Girls ever existed. Incidentally, Sporty Spice Melanie Chisholm, has an excellent show about her forebear, Ivy Benson that is available on the BBC Sounds app here.