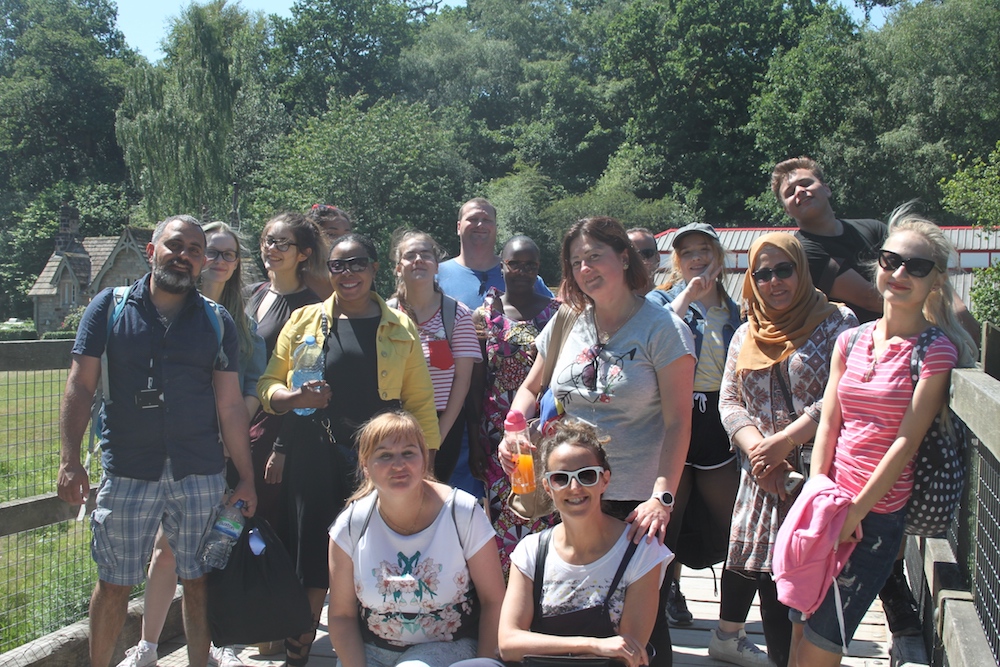 A group of migrants from South Leeds met with theatrical students from the city to enjoy a unique musical treat in one of Yorkshire’s iconic settings.

Volunteers who are working with Touchstone’s Migrant Access Project Plus (MAP+) teamed up with students from the Level 3 Musical Theatre course at Leeds City College for a picnic and performance at Bolton Abbey.

The students, as part of a project funded by Sport England, performed songs acapella in the historic Abbey grounds to an audience who originally hail from across the world and have made Leeds their new home.

The songs all took the themes of friendship, family and community and were inspired by stories shared by migrants involved in the MAP+ Project.

“We chose uplifting songs inspired by the stories; about people leaving behind loved ones, but also about doing something new and exciting. I’ve really enjoyed it today. I’ve spoken to lots of people from different backgrounds and found we have common ground, similar passions and interests.”

Elina Rinkevice, who moved to the UK from Lithuania ten years ago, was part of the group. She said:

“The singing was amazing, the performance was lovely and I enjoyed meeting new people.”

For some of the migrants, it was the first time they had visited the Yorkshire Dales.

The collaboration was part of a project at the College supported by Sport England’s Potentials Fund and the #iwill Fund. It aims to increase student involvement in social action in a way that benefits young people and the wider community.

The Migrant Access Project Plus (MAP+) is commissioned by Leeds City Council and is working with migrant and settled populations to bring communities together.