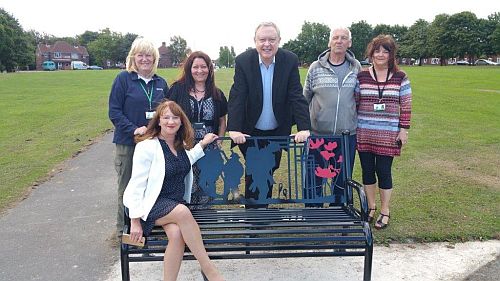 At two key landmarks in the community, two World War One memorial benches have been unveiled to remember the fallen.

The benches are decorated with images of soldiers from the Great War and adorned with red poppies.

“Over the years, many of our residents have served their country and we will never forget the sacrifice they made. These benches are a lovely way to remember them.”

“I cannot stress enough how important these benches are to the community, reminding us all of the immense sacrifice made by service men and women during times of conflict.”

“These benches represent our appreciation for the dedication and commitment from all the men and women who served our country during the First World War. It is great to see a place for residents to reflect and remember our servicemen and women.” 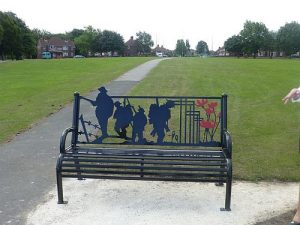