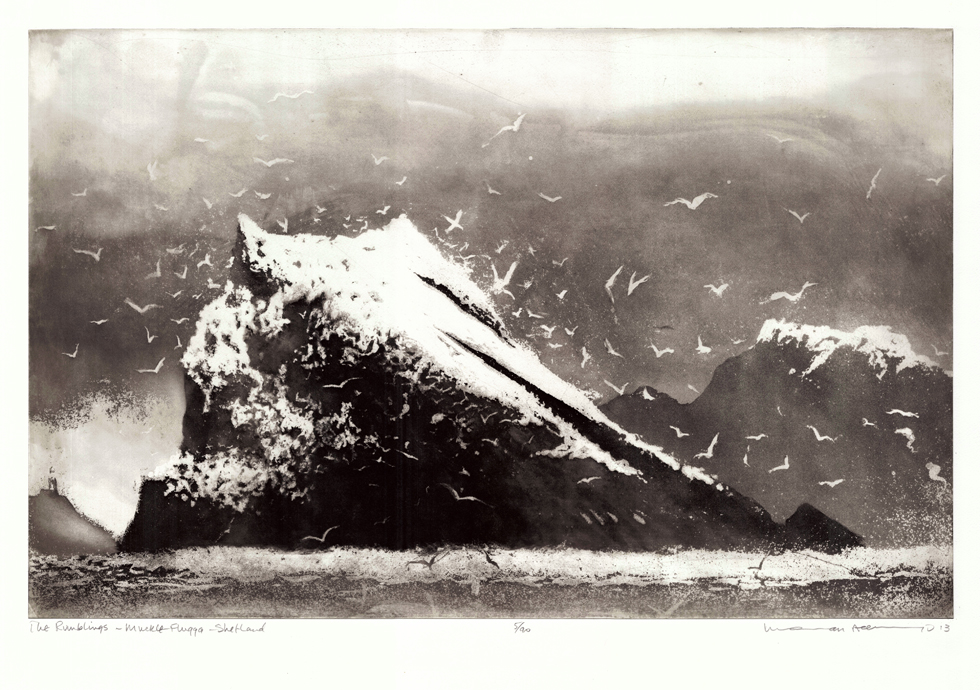 Watching the BBC programme What Do Artists Do All Day? on artist Norman Ackroyd recently you might have been intrigued to hear a mention of his South Leeds roots, while he was busy creating an acid-etched picture on sheet metal. 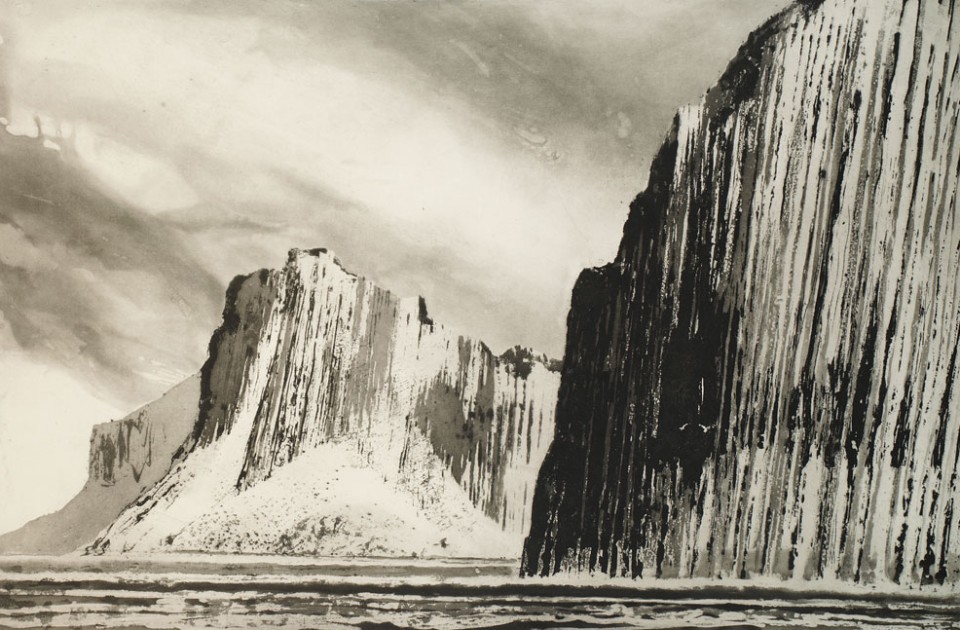 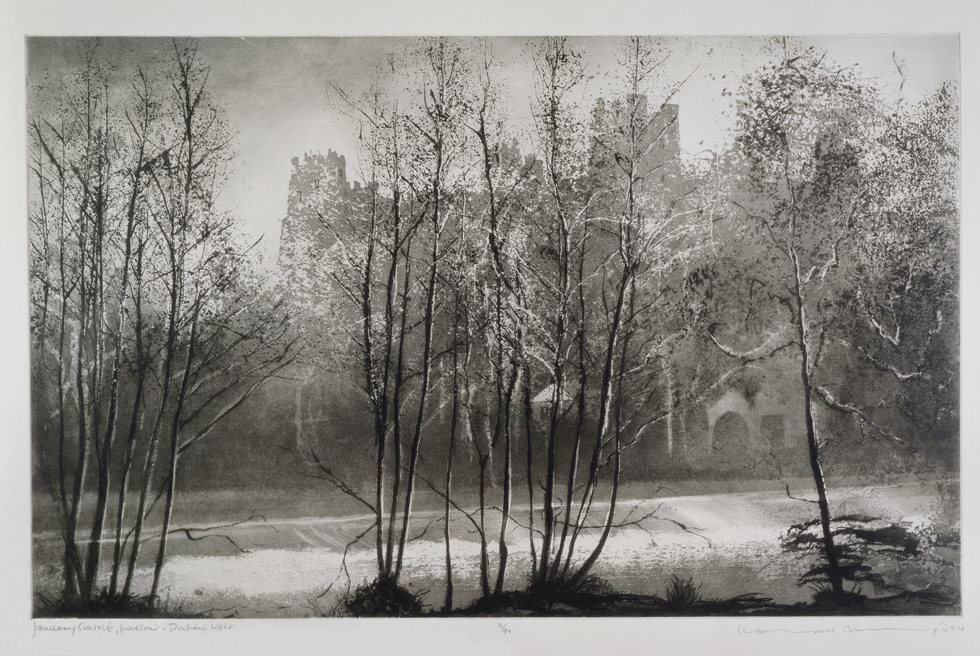 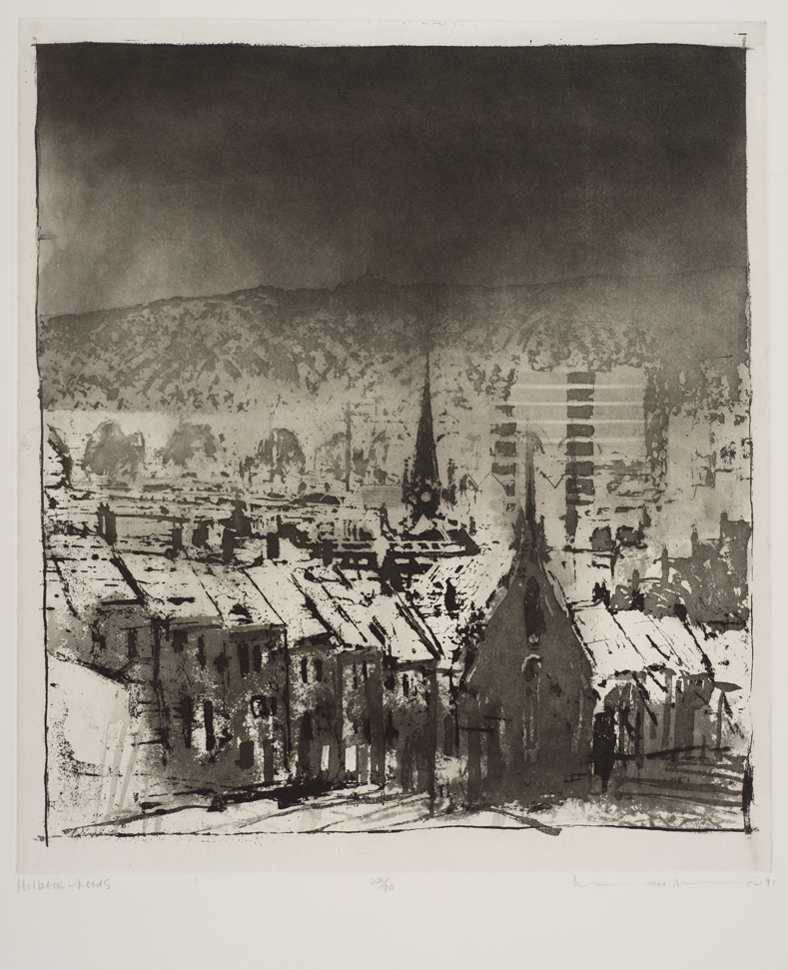 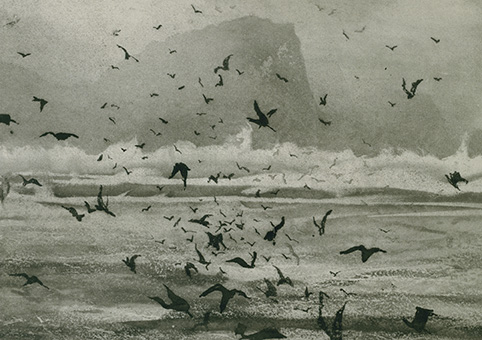 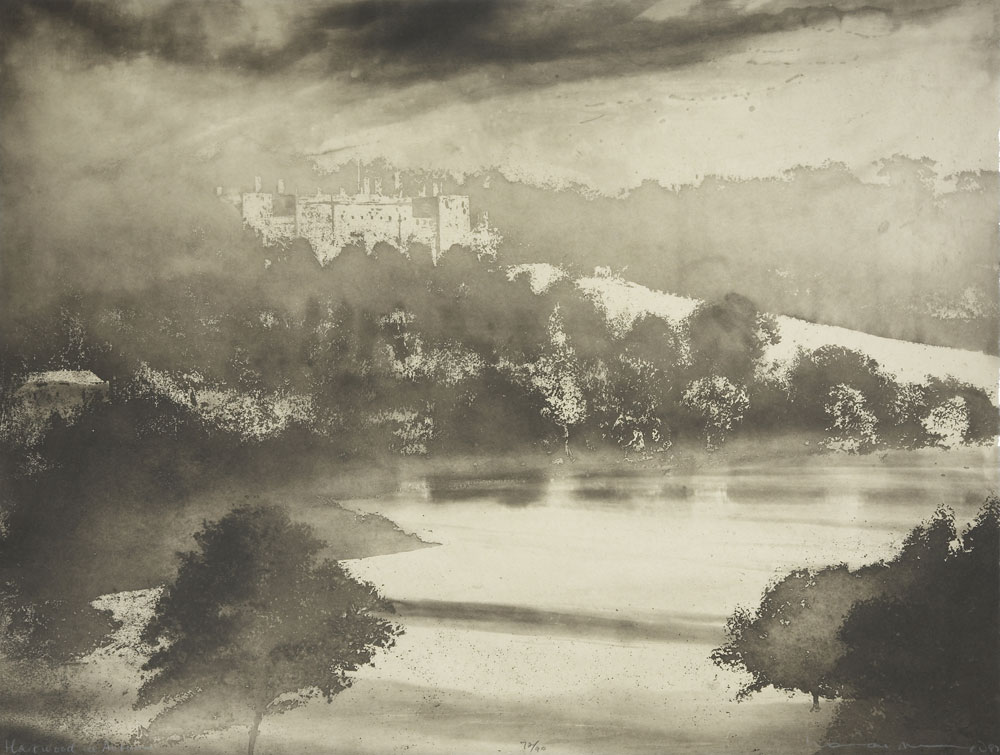 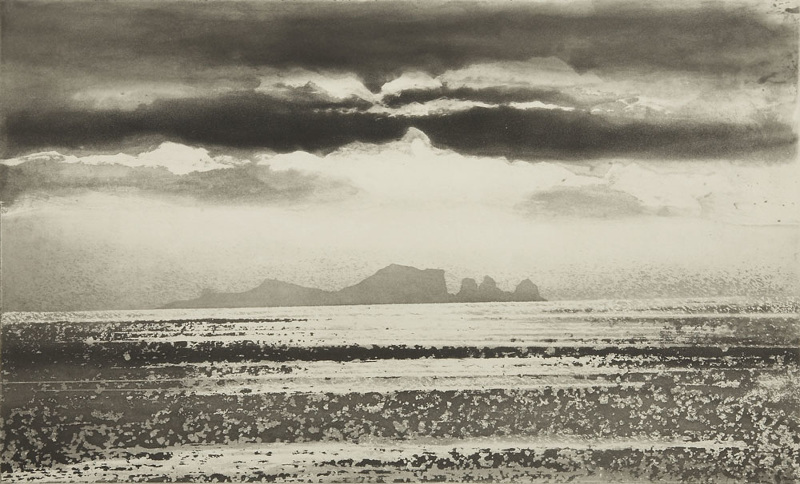 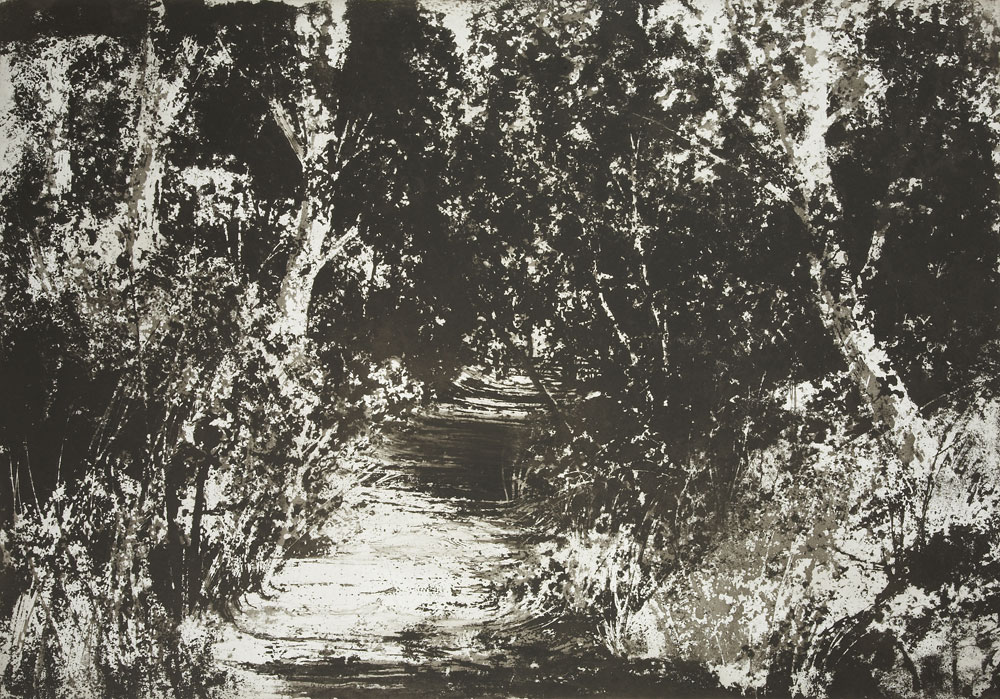 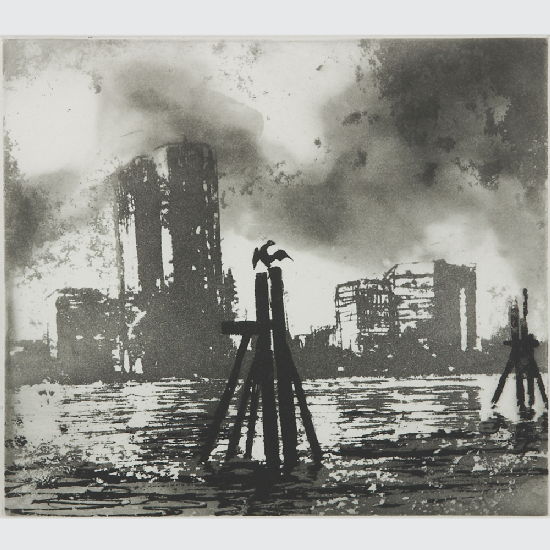 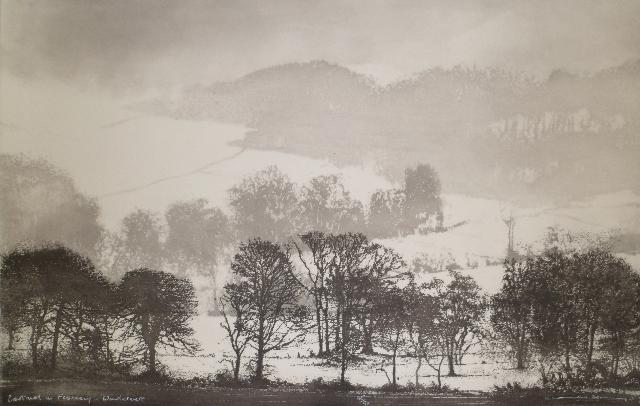 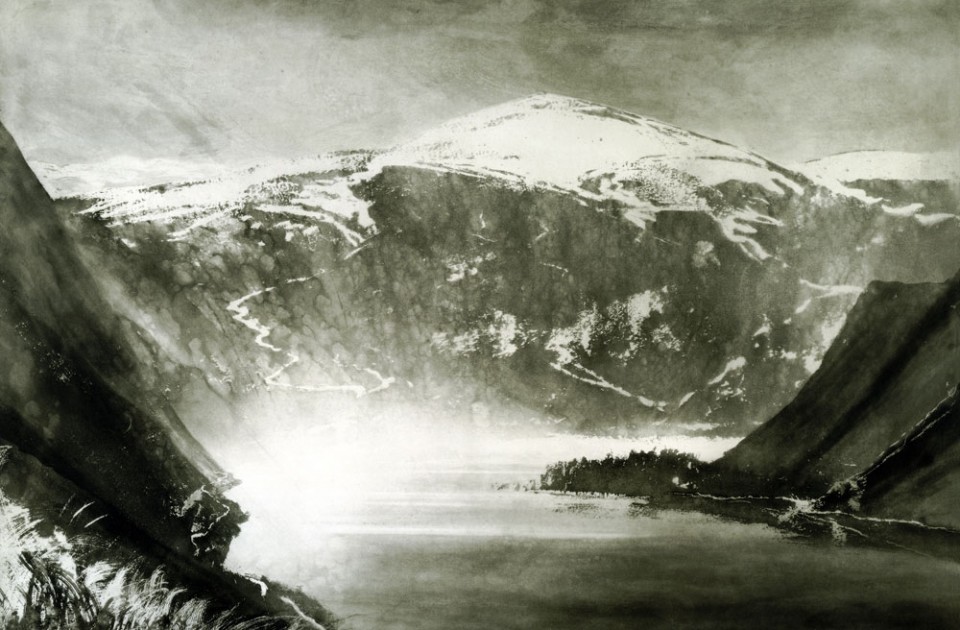 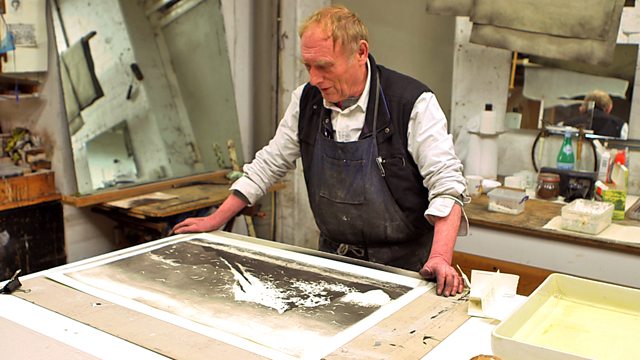 One of Britain’s leading artists: etcher, engraver, painter, and printmaker, Norman creates expansive landscape images – both rural and urban, which are held in galleries around the world.

Having travelled much of it himself he loves the coast of Britain the most, and moody seas, rocky islands and seabirds are often his focus. He enjoys capturing the feelings of wild lands and nature around us.

Lucky to attend Cross Flatts School from the age of three during World War II, Norman passed his 11 Plus exam, went on to Cockburn Grammar School (where Hunslet Moor Primary is now), then studied at Leeds College of Art and the Royal College of Art in the 50s and 60s. He sets a lot of store by the great start in life these local schools gave him. Cockburn’s arts and sports teacher Bob Newton really encouraged him in his art.

During WWII night bombing raids the German planes often tried to drop bombs on the railway infrastructure from Hunslet to Holbeck’s Copley Hill: one night a bomb dropped outside the shop, blowing tiles off the inside walls. A life begun in the midst of war!

Norman remembers the high-stepping horses from Ringtons Tea Factory running up and down Lady Pit Lane with their tea deliveries on carts: a time of trams everywhere and few cars. Northcote Road with its outside toilets and neighbouring terraces was cleared in a regeneration project: it was where part of Bismarck Street is now.

Moving to a house with more space at the top of Cemetery Road, Norman then enjoyed panoramic views across the city, and large horizons. His etching of Holbeck in 1991 features Holbeck Towers, St. Matthew’s church steeple and Holbeck Viaduct.

He regularly returns to recapture this changing view. He and his brother used to run down to the city railway station from here to catch the pre-5am ‘milk train’ up into the Yorkshire Dales, where he’d spend the day fishing, but mostly drawing! That’s where his passion for rural landscapes began.

During the summer holidays at Leeds Art School he’d work in Pork Farms meat factory prepping meat, and also did stints as a tram conductor – occasionally working the scenic tramline that ran through Middleton Woods to the city centre and back.

For me Norman’s most striking printed etchings are the ones of craggy cliffs and rocky islands rising out of the sea – those around our Scottish and Irish coasts. Big weather. Mountains in planes of shifting water. It’s not much of a stretch to see how his Beeston Hill city view stays with him still: that wide panorama and the tower blocks, churches and buildings of industry standing proud, rising out of the city below.

Yorkshire Sculpture Park will be showcasing a wide range of Norman Ackroyd’s work this November – images made all over the British Isles, including early works made in Yorkshire dating back to 1959, which have never been shown before.

Can’t wait? Leeds Art Gallery have some of his pictures in their lending scheme – they were the first people to buy one of his works, and Zillah Bell Gallery in Thirsk, North Yorkshire house the largest collection to both buy and view outside of Norman’s London studio. He currently has an exhibition in Richmond, Surrey at One Paved Court until 26th May.

You can also explore more of Norman’s work online at: www.normanackroyd.com

This post was written by Stuart Petch using our Create an article for South Leeds Life page.