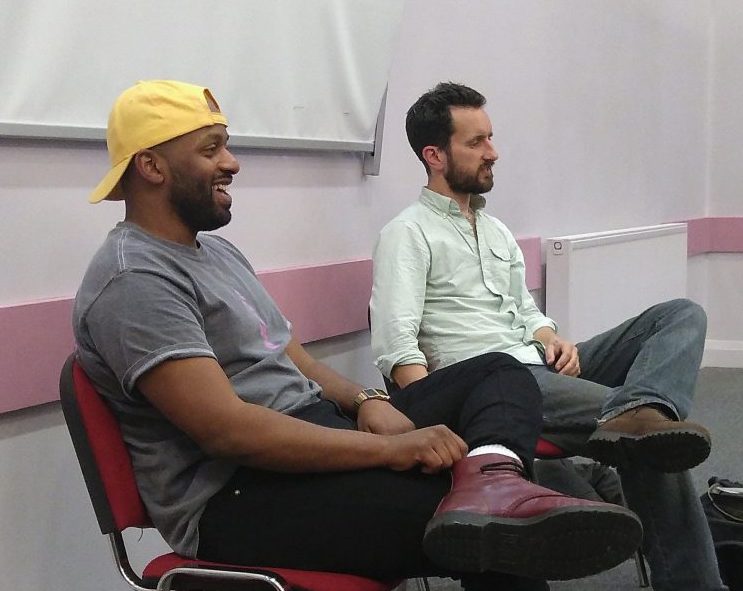 It’s not every day that Beeston welcomes a visiting dignitary. But last Tuesday Magid Magid, the Lord Mayor of Sheffield, came to give a public talk entitled ‘Local Politics: What’s the Point?’

Magid (29) came to national attention when he became Sheffield’s youngest ever lord mayor, as well as the first Somali and first Green Party councillor to hold the position. Soon after, he said he would ban Donald Trump from Sheffield. And now he’s tipped to become Yorkshire and the Humber’s first Green Party member of the European Parliament in the EU elections on 23 May 2019.

Hosted by Ed Carlisle, the local Green Party candidate for Leeds City Council, Magid discussed politics with an audience whose members came from across Beeston’s diverse communities, including young and old, Green Party supporters and sceptics.

Magid began by explaining what had got him into politics and what attracted him to the Green Party.

“Looking at Sheffield City Council … it really didn’t reflect the people that they were there to represent, in all honesty.”

“What really stood out to me was that it’s the members that choose Green Party policy” he went on, explaining that Green Party councillors have the freedom to vote as they think best rather than following a party whip. He went on: “we have only got one planet and we need to live within our means as well … so morally it sat well with me.”

But Magid’s Beeston audience didn’t let him talk for long before asking him some tough questions.

Several were about what difference he thought he could make as part of a small party that doesn’t control Sheffield’s council — let alone have a seat in the UK government. Magid talked about his work on housing as a local councillor and how he had been able to help people stand up to decisions handed down from on high and hold Sheffield Council to account. He discussed the different causes he has promoted since becoming Lord Mayor and argued that voters get good value from Green councillors:

“I feel we have to work twice as hard because we don’t have that traditional vote to rely on.”

Although the Lord Mayor role is ceremonial, Magid has been very outspoken and political in the role. How did people take that?

“People say to me maybe you’re being a bit too political: maybe you should just tone it down a bit, maybe you shouldn’t speak about those issues. But I don’t feel I have the privilege of being non-political. Like, I’m a black Muslim immigrant in this current time, and it would be a massive injustice and a disservice to so many of the people that I love if I didn’t use my platform to speak out … And of course that comes with a lot of stick, like, a lot of racism, a lot of death threats, but for every one negative message I receive there are, like, a hundred positive messages.”

“It was really inspirational to meet Magid because his way of speaking or dressing doesn’t change just because he is a politician or public figure. His own life journey is empowering: at first glance, you would think he couldn’t or wouldn’t achieve what he did — but he did.”

Majid Majid is standing for the Green Party in the European Parliamentary elections on 23 May 2019. You can find a full list of candidates here.