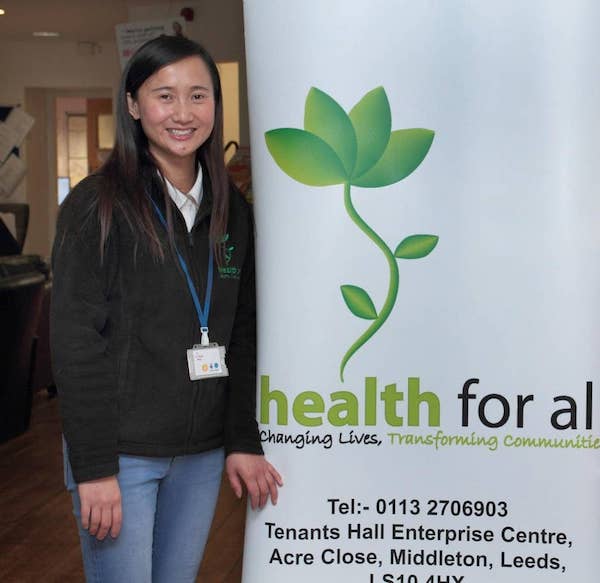 The Happy List celebrates “50 of the most inspirational people whose kindness, ingenuity and bravery have made Britain a better place to live.”

Hua has featured many times in South Leeds Life as we have covered the many events and celebrations organised by Lychee Red, the Chinese elders group. The founding of the group exemplifies both Hua’s and Health For All’s can-do approach. She called to the Beeston Village Community Centre (currently being rebuilt) to ask what could be organised for elders from her community. Health For All’s Toshal Bhatia who manages the centre worked with Hua to start the group, making space available in centre and helping with initial fundraising. The Lychee Red group quickly went from strength to strength.

The citation in the Independent reads:

“Four years ago mum of three Hua from Beeston, Leeds, began volunteering to help isolated elderly people in her community at local charity Health for All (healthforall.org.uk). She now runs a thriving Chinese elders group, called Lychee Red, an older mens group, Happy Panda, and a young Chinese families group -Happy Chinese Families – which all meeting weekly. Thanks to Hua, more than 100 people marginalised people are now supported each week. One person who nominated her said: “She is truly amazing and makes so many people truly happy!”

One Reply to “Lychee Red founder on Independent’s Happy List”