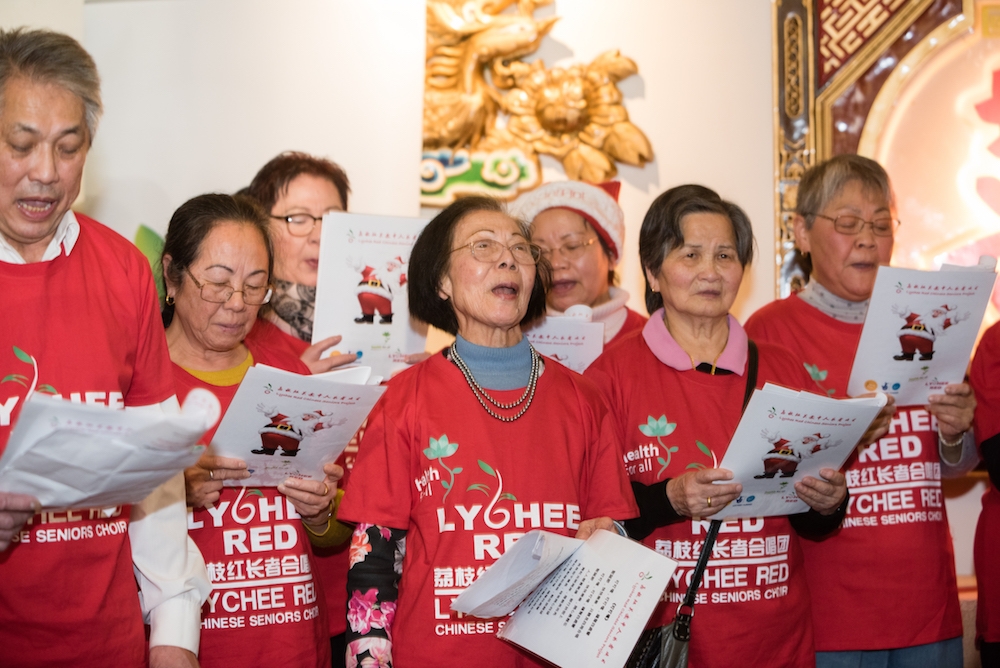 The group for Chinese elders, which recently featured on BBC’s The One Show, meets at Belle Isle Family Centre and is supported by Health For All. The group works to break down isolation within Leeds’ Chinese community and is funded through the Big Lottery Fund’s Time To Shine project.

“We have the privilege of serving a diverse range of communities in Leeds. Lychee Red is one of the Time To Shine projects and gosh how Lychee Red has shone!”

Cllr Paul Truswell, a trustee of the charity, awarded certificates to volunteers who have clocked up over 600 hours between them over the last year. We then moved onto the entertainment with various dance and singing groups.

Over the course of the afternoon we heard three different renditions of Jingle Bells. Firstly in Cantonese from the Elders Choir, then in Mandarin from the Family Singing Group and finally in English from the Lychee Red Kids (who all attend Hugh Gaitskell Primary School in Beeston).

In between the performances we were treated to a selection of delicious Chinese food. The White Rose barbershop singers gave us a selection of Christmas songs and the afternoon finished with the raffle.