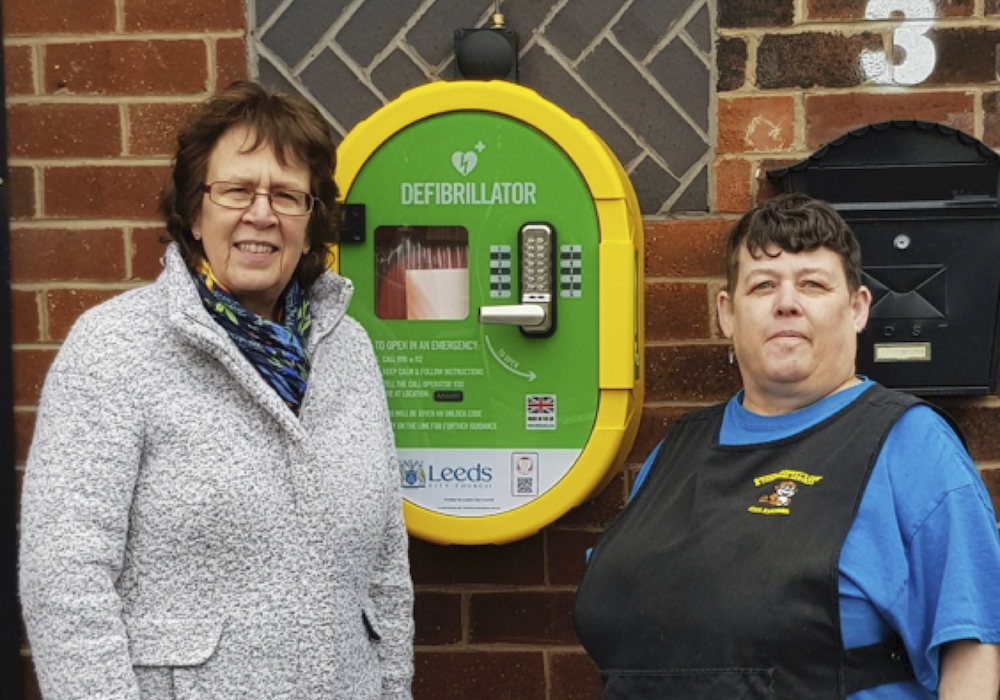 Anyone in Middleton and Belle Isle who is unfortunate enough to suffer a heart attack now has a better chance of survival after three Community Public Access Defibrillators have been installed in locations across the local area.

Councillor Judith Blake who represents the area and is also Leader of Leeds City Council, announced funding for 50 Community Public Access Defibrillators across the city in her Budget speech last year and is delighted that after working closely with Public Health, three of the units have now been put in place in Middleton and Belle Isle.

These units can be located at the St George’s Community Hub in Middleton, Belle Isle Working Men’s Club and the Greedy Monkeys café in Belle Isle.

The Community Public Access Defibrillators can be accessed by dialling 999 and requesting the code to unlock the device, simple step by step instructions are provided, meaning that anyone can use the defibrillator to potentially save someone else’s life.

Councillor Blake is working with Public Health to arrange a training session to be held in the area to train local people to use the defibrillators.

A further Community Public Access Defibrillator for Middleton is planned, but the Council is waiting for permission from the private landlord.

“We know that the chance of someone surviving a heart attack outside of hospital doubles if they receive cardiopulmonary resuscitation (CPR) or an electric shock from a defibrillator device. These units really can make the difference between life and death and that is why I was determined to improve public access to them.

“I think it is really important to make sure everyone knows that you don’t need any special training to use these devices, there are step by step instructions and when you call 999 to open the unit, someone will stay on the line with you while you use it.

“Obviously I would rather no one was ever in need of one of the units, but it is reassuring to know that if they did, they now have a much better chance of survival.”