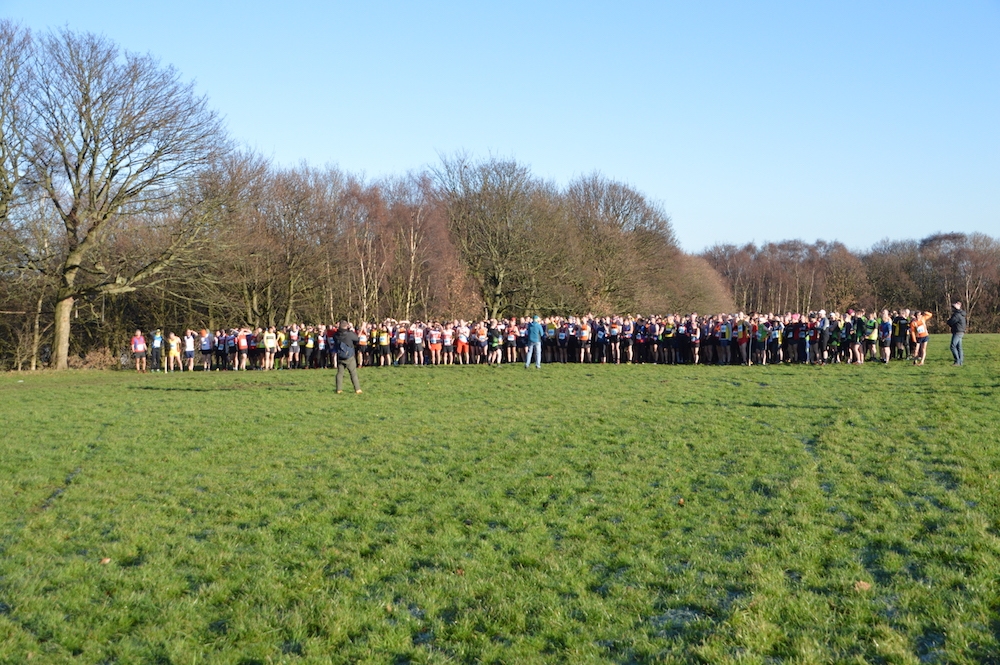 After months in the planning by the team and many sleepless nights by Steve Woods, our coach, membership secretary and mastermind of this event we had a plan! The call was put out to the Laker membership for volunteers and they didn’t disappoint, we had 30+ volunteers which not only included members, but their family and friends too!

Our venue would be Middleton Woods which is on the Lakers’ doorstep, and which Steve knows every inch of. Normally WYWL courses are about 4 miles of very tough terrain, and lots of mud. We decided to throw something a little different into the mix, the longest course at 6 miles but fast.

I arrived at the Phoenix Bar, South Leeds Stadium at 8am to meet some of the set-up volunteers, two of our bike marshals had been out even earlier to check the course, what they reported back wasn’t great, several sections had fallen foul of the overnight sub-zero temperatures and were iced over making them very dangerous for runners. This was reported back to Steve, who already had Plans B and C stored in the old grey matter. The course was changed, unfortunately the toughest section had to be axed.

Marshals were re-assigned to the new course, the start time was 10:30 but even after the change of the course the start was only delayed by 15 minutes … we were ready!

And we were off! The league (not just WYWL but PECO too it should be said) is really inclusive when it comes to ability, from your serious trail runners right through to those who haven’t been running long.

As the running First Aider I had chance to chat with some of the runners who commented how wonderful the setting was, they’d never visited Middleton Woods before and said they would be back!

We had done it, our first event and it went seamlessly, afterwards all the teams met back at the stadium, more specifically the Phoenix Bar for a brew (or beer) and hot dogs. Thanks should go to Hunslet RLFC for allowing us to use the Phoenix.

Well done to all runners that took part!

To run in the WYWL you need to be an England Athletics affiliated member of one of the clubs listed earlier (either 1st or 2nd claim).

We are so proud of our club, born in February 2015 from Cross Flatts parkrun and in 2017 we were awarded the title England Athletics (Yorkshire and the Humber) Club of the Year (as South Leeds Life reported here). Not bad going for a bunch of girls and boys that run around Beeston on a Tuesday evening.

Steve Boyer head of WYWL took to Facebook after the event and said:

“Wow, how good was that! First event from South Leeds Lakers and they didn’t disappoint. Lovely weather, very runnable course, lots of supportive & cheerful marshals and all lead magnificently by Steve Woods and his team.”

The next round of the WYWL will be hosted by the Northowram Pumas on Sunday 21 January 2018. Hope to see you there!

This post was written by Paul Whitehurst, Chairman of South Leeds Lakers, using our Create an article for South Leeds Life page.