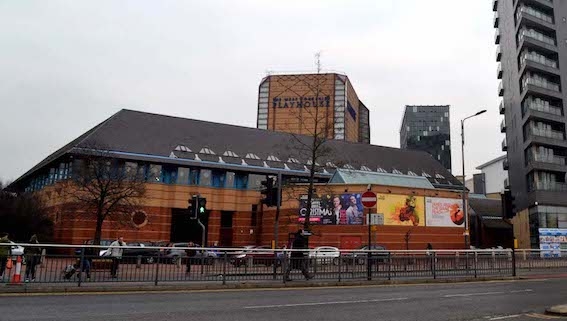 The spring and summer season at West Yorkshire Playhouse will be special, not just because of the range and quality of performances, but this will be the last before the playhouse closes for a major refurbishment.

Every third minute in the UK someone will begin living with dementia. Every Third Minute (9 Feb – 31 March) is a festival of theatre, dementia and hope. The first of its kind, the festival puts people living with dementia at the heart of the creative process, curating a broad programme of work from new theatre and workshops to live music.

Still Alice explores the effects of early-onset dementia on identity, family and relationships, in this uncompromising yet tender portrayal.

James Graham’s prescient political drama This House (23 Feb – 10 March) launches its first ever national tour from West Yorkshire Playhouse. Set in the engine rooms of Westminster in 1974, this is a politically urgent production.

Following the sell-out success of the 2016 world premiere, the West Yorkshire Playhouse and Red Ladder Theatre Company co-production The Damned United (27 March – 7 April) returns to Leeds. This passionate account of Brian Clough’s ill-fated tenure as manager of Leeds United will return to the Courtyard Theatre in a stripped back new staging before visiting venues across Leeds as part of a Community Tour programme, continuing the Playhouse’s commitment to staging work in the heart of Leeds communities.

Set to a classic soundtrack by The Proclaimers, West Yorkshire Playhouse’s brand new production of the life-affirming hit musical Sunshine on Leith (20 April – 19 May) opens in the Quarry Theatre before embarking on a major national tour. This heartwarming, foot stomping adventure explores the true meaning of home.

The Girl on the Train (12 May – 9 June) is an adaptation of Paula Hawkins’ riveting best-selling novel, and hit film, bringing the thriller that enthralled the nation to the stage for the very first time.

The joyous final production in the Quarry Theatre ahead of the transformative redevelopment is Searching for the Heart of Leeds (19 – 23 June), a celebration of the vibrant stories and people of our city. Performed by a community company, this empowering closing production is written by BAFTA-nominated writer, Beeston’s Mark Catley.

Sharp, witty and pertinent, Alan Bennett’s much loved Talking Heads (14 – 23 June) will be performed in the Courtyard Theatre, across the city in the homes of local Leeds residents and in community venues.

Touring productions visiting the Playhouse this season include:

Phoenix Dance Theatre present the world premiere of Windrush: Movement of the People (7 – 10 Feb). A lively celebration of the rise of multicultural Britain celebrating the 70th anniversary of the arrival of SS Empire Windrush that bought the first Caribbean migrants to the UK.

Birdsong (13 – 17 Feb) is a mesmerising story of love and courage. A young Englishman embarks on a passionate and dangerous affair with the beautiful Isabelle Azaire in pre-war France, turning both their worlds upside down. This adaptation of Sebastian Faulks’ bestselling novel marks the 100th anniversary of the end of WW1.

The world famous Teletubbies are starring in their first ever theatre show Teletubbies Live (27 – 28 March). Whilst Peppa Pig and friends make a fantastic return to the Playhouse with brand new live show Peppa Pig’s Adventure! (9 – 10 June). Showtime From The Frontline (15 – 17 March) sees Mark Thomas and his team set out to run a comedy club and put on two nights in Jenin in the West Bank, only to find that it is not so simple to celebrate freedom of speech in a place with so little freedom.

Transporting the Playhouse back to 1840 is the thrilling adaptation of Henry James’ classic ghost story, The Turn of the Screw (20 – 24 March). As a governess takes a role caring for two orphans in a seemingly idyllic country house, she begins to realise they are not alone.

Kneehigh return to the Playhouse with The Flying Lovers of Vitebsk (20 – 24 March). Lovers Marc and Bella are immortalised as the picture of romance, but whilst on canvas they flew, in life they walked through some of the most devastating times in history.

Northern Broadsides Hard Times (22 – 26 May) is a new adaptation of Charles Dickens great Northern novel. In a world where imagination is forbidden, dark, cold mills are interrupted by the colour and vibrancy of Sleary’s Circus in a touching and hilarious tale of suppressed love, seduction and longing. 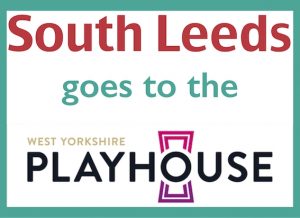 As part of South Leeds Life’s partnership with West Yorkshire Playhouse, we are giving away a pair of free tickets to each show. In return, all you have to do is write, or help us write, a review of the show.

To request tickets for any of these shows please email info@southleedslife.com and tell us why you would like to go to the West Yorkshire Playhouse.