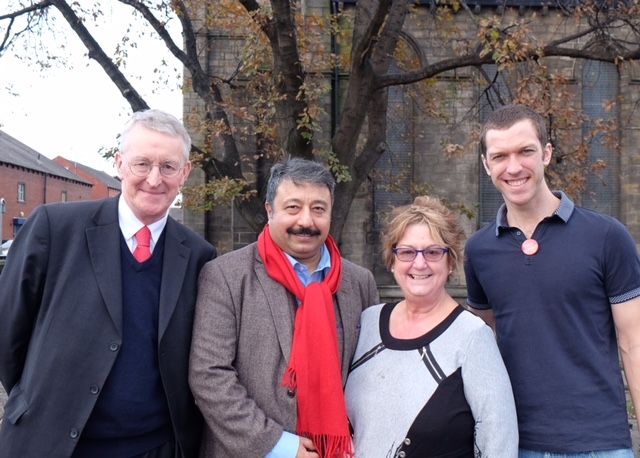 Labour’s team of local councillors has been stable for a number of years. However, with both Adam Ogilvie and David Congreve stepping down at the end of this term, the Labour Party has selected new candidates.  At the elections in May you will be able to elect the three people that you want to represent you within Leeds City Council.

It is worth taking a minute to reflect on the work Adam and David have done for the ward over the years, for example, ensuring that Asda invested in the surrounding area and employed residents of the ward when they opened their new store on Old Lane. In addition to the local duties, Adam spent many years on the executive board of Leeds City Council and David served as Lord Mayor amongst other roles.

So who are the new team?

Angela Gabriel needs no introduction, she has been our councillor fighting our corner since 1996! Angela is involved in or leads a number of community groups, including the bloom groups in all areas of the ward, having been part of the team planting the Cottingley orchard. She is indispensable on the hugely successful Beeston Festival and Holbeck Gala committees as well as being the Chair of the Inner South Community Committee, allocating council money to projects in this area. Outside of her council duties, Angela is often seen doing her granny duties, looking some or all of her 6 grandchildren.

Andrew Scopes is a father of 3 who has been living in Beeston for over 10 years. Andrew currently works in Leeds city centre 4 days a week as well as being Chair of Governors at Beeston Primary School (where his three children attend) and a Trustee of Mosaic Church (which meets at Cockburn and has monthly services at the St Matthews Community Centre in Holbeck). In his free time, Andrew likes to run, particularly trail races and has been part of a number of local events. 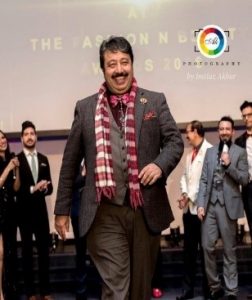 Gohar Almass is also a local resident with three young children living close to Cross Flatts Park. Gohar spends a lot of time attending various local initiatives, including his local West Yorkshire Police Scrutiny Panel and the ‘Clean Beeston, Love Beeston’ campaign. He has presented at several universities internationally, including our own Leeds Beckett University as well as in Ukraine, Kashmir and Pakistan. He often provides political analysis on internet media outlets. In his free time (when he gets any), he is a keen cricket player and has even been known to do a spot of modelling for charity (see photo)!

You can meet your current councillors at their regular surgeries, every fourth Friday of the month (4pm at the St Matthews Community Centre in Holbeck or 5pm at Beeston Library) – no appointment necessary. Alternatively, you can contact them on:

The new members of the team are also keen to hear from local residents and can be contacted on andrewscopes@hotmail.com and goharalmass@gmail.com

This post was written by Andrew Scopes using our Create an article for South Leeds Life page.