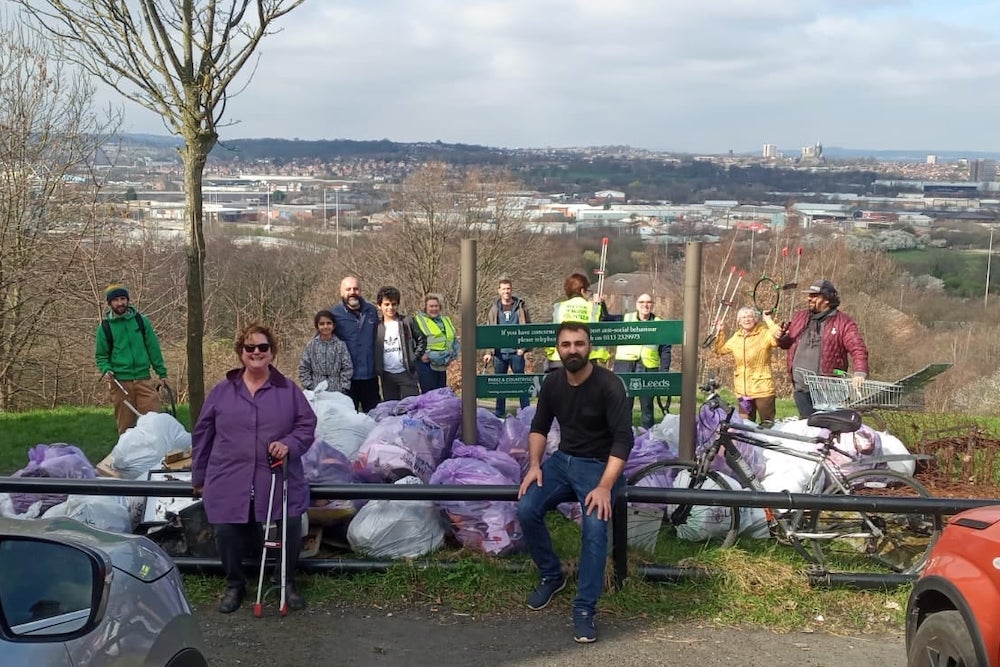 I’m an optimist, so believe that everyone is, essentially, brilliant. But I’m also forced to admit that quite a lot of people try to get away with what they can, when they can. Because of this, our communities here in south Leeds sometimes (or often?) get a raw deal.

Several times recently, local people have reported similar stories to me – that together demonstrate how our communities are seen from outside, and therefore how we’re tret.

I don’t mean to do anyone down by relaying these stories: there are good people, working hard within the following agencies. But they’re insightful, and – I believe – need to be shared publicly. (I’m also discussing these privately with relevant managers.)

1. Police officers attended a crime scene in Beeston, and were asked why they weren’t doing more to resolve the ongoing issues in that neighbourhood. The officer said: “This is Beeston, what do you expect?”

2. Highways contractors were at work in Holbeck, but it became apparent that they’d cut corners and made mistakes, and the finished product was defective. But instead of making it right, residents overheard them saying: “Nevermind, it’s only Holbeck, just leave it, no-one will care.”

3. Contractors for a broadband provider dug up paving slabs in Hunslet, and left one untrained apprentice to relay them. He did an uneven bodge job, but – when challenged – insisted it was good enough. Council officers have since agreed that it’s legally not good enough, but enough time has passed to mean the original company are no longer liable, so it’s unclear whether it will get fixed.

4. National Highways contractors have recently undertaken major works along the M621 near Hunslet Moor, and cut down a lot of valuable tree-cover. Furthermore, this was very noisy work, done very late at night. Whilst there are reasons for the work and the timings, residents stress that dialogue with the agencies was non-existent, and they had no opportunity to question or shape events. (We’re meeting with the agencies to discuss all this – but the damage has been done.)

Unfortunately, there are too many local stories like these. (Another sector is dodgy landlordism, but we could write books about that.) The reasons aren’t simple. It’s partly to do with cost-cutting: everyone everywhere is under pressure to deliver work as cheaply as possible, and staff are stretched. There are also sometimes bureaucratic constraints, like the onus on highways contractors to work at night.

But I can’t help but feel that our reputation in south Leeds precedes us. As many of us have asked over time: do wealthy communities in north Leeds get the same service and experiences?

Contractors and agencies everywhere will be under pressure to deliver their work on budget and on time – but I also sense that many of them, maybe not intentionally, will cut more corners where they think they’ll get away with it, and fewer where they won’t.

So, what can we do? If we want better outcomes for our area, we just need to hold everyone to account at every stage. I previously wrote a South Leeds Life piece about the crucial importance of local ‘amateur’ input to shape plans for our communities, to counterbalance the ‘expert’ perspectives of professionals. Please everyone: take note of projects and planning applications happening locally, talk to others, speak up, question, challenge – and politely harangue your political representatives, to get us onboard.

But also, talk with contractors and other agency workers, offer them cups of tea, thank them for their work, and make it absolutely clear that you’re watching them! If they do shoddy work, report it (again, get us councillors involved), and fight to get the problems resolved.

And all the while, keep building power in our communities, through one-off campaigns, or forming or joining ongoing community organisations; it’s far harder for agencies to ignore residents when we’re working collectively.

It’s not unreasonable to expect outside agencies to do a good job in and for our communities. Democracy is warped and limited, but it also affords us ample opportunities to hold systems to account, and to demand better.

Finally, huge credit to all those locally doing their bit to make our neighbourhoods looks visibly cared-for, and to build community pride. The wonderful actions of the Japanese football supporters and players, to litterpick after themselves and others in Qatar, was widely reported and praised. We have our own local equivalents, like the Womblers and Kurdish House – amongst many others.

We can all everyday help to create a community that looks nicer – and this simple act will change the way that we and others see south Leeds, and therefore the way our communities are tret.

Photo: Litterpicking with the Beeston Womblers and Kurdish House Leeds

2 Replies to “Is South Leeds getting a raw deal?”