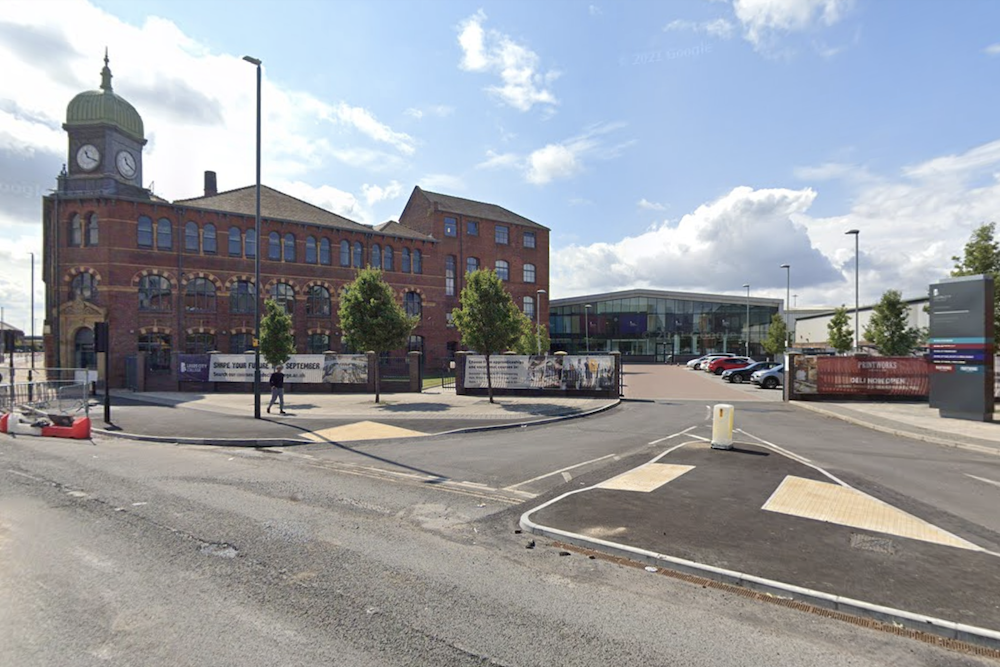 The alarm was raised just after midnight and the fire was located in a plant room by the first crews on site from Hunslet Fire Station. At the height of the fire eight appliances were on scene from across the city.

The West Yorkshire Fire & Rescue Service used hose reels, breathing equipment, positive pressuree ventilation and an aerial unit to bring the fire under control and the incident was attended by a drone team and a fire investigation officer.

At 5:15am the incident was scaled back with two fire engines remaining on site.

At 8:33am Leeds City College Tweeted:

“In the early hours of the morning a fire started at our Printworks campus. Thanks to the local fire services and the college’s internal fire measures, the incident has now been controlled.”

They confirmed that the campus was open to staff and most students, although some groups were asked to study from home today.