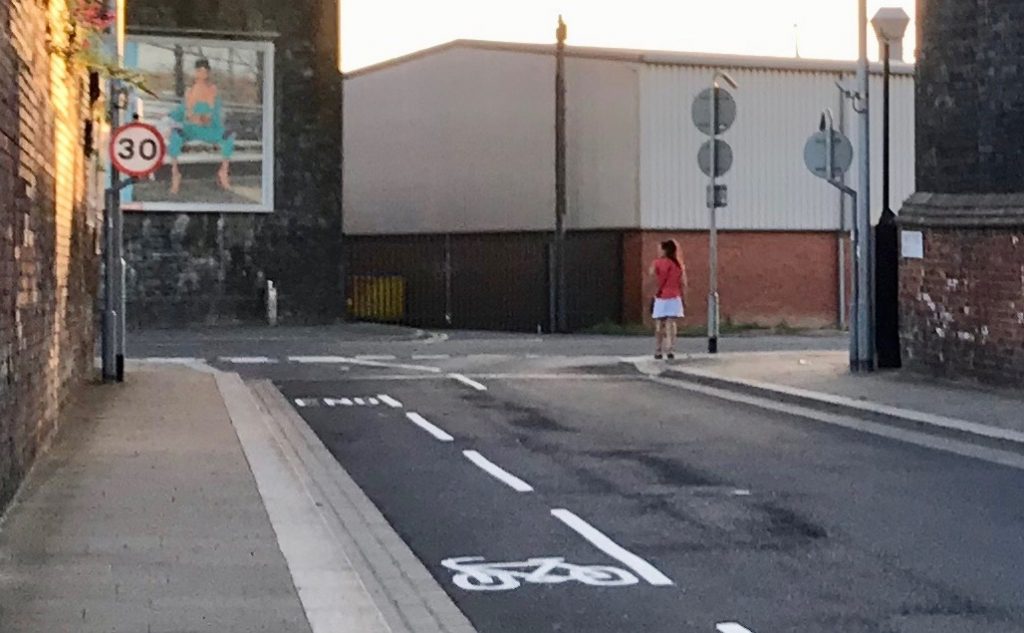 An independent review of the ‘Managed Approach’ to street sex work in Holbeck recommends that the approach remains in place and continues to evolve.

The report, published this morning (10 July 2020) was commissioned last year and undertaken by The University of Huddersfield. It concludes that the Managed Approach should continue stating:

“There are currently no alternative models or approaches that promise to be more effective and which fit within existing UK law on sex working.”

The report tracks the development of the Managed Approach from its introduction in 2014 with little resource, through the introduction of the dedicated reporting phone number, the intensive cleansing regime, and the dedicated Policing team in October 2018. Alongside these resources the report recognises the increasing input from and engagement from residents.

Researchers spoke to key agencies and organisations in the area, as well as many residents at various ‘Listening Well’ events. They reported that 70% of residents they spoke to agreed that:

Professor Jason Roach who led the review elaborated on what he called the “incongruous” response from residents who recognised progress but didn’t associate that progress with the Managed Approach itself. He attended four Listening Well events personally, each attended by around 40 people, and commented:

“The penultimate question was always: Do you think things have got better over the last 6-8 months? To which most people would say yes. The last question was: Should the Managed Approach stay? No.”

He summed up residents’ views as “Things have got better, but we just don’t want on street sex working in Holbeck.”

Prof Roach stressed the empathy shown by the residents he spoke to towards sex workers, saying “The people of Holbeck are wonderful.”

12 sex workers engaged with the review, testament in itself to the levels of trust that been built with the Police and support agencies such as Basis Yorkshire through the Managed Approach. They appreciated the support they had been able to access and the fact they could now report crimes against them to the Police.

Another recommendation was the setting up a ‘future planning group’ to consider how street sex work was likely to change in the area due to development and other factors. The group should include residents as well as agencies and have an independent Chair.

Resourcing the Managed Approach currently costs about £200,000 a year. Asked whether that was sustainable in the current economic climate Cllr Coupar replied that before the pandemic the Council had been committed to maintaining that level of support, but she recognised that it would have to be reviewed alongside all Council spending in the light of Covid-19.

“We gave a firm commitment to the residents and community of Holbeck that an Independent Review would be undertaken into the Managed Approach. I welcome therefore that the Independent Review is complete and its results and are now publicly available.

“In terms of some of its key findings, the Independent Review acknowledges that managing street sex work is extremely challenging. Societal views continue to be emotive with the issue polarising opinion and provoking significant debate centred on morality and differing ideological perspectives as well as the effectiveness of practical interventions to address the many issues associated with street sex work. The review found that the Managed Approach was able to deal at least as positively if not more so with problems associated with on-street sex working than any other policing approaches in the UK. Secondly it also highlighted that the Managed Approach was viewed as an essential factor in better engaging with street sex workers to improve their safety and health. These recommendations relate to two key critical parts of our work and it is positive that the Review highlights that progress has been made in both of these important areas.

“Whilst welcoming these findings, it would at the same time be wrong not to acknowledge other elements of the report that are not so positive. I fully recognise that there continues to be strong feelings from those in favour and not in favour of the Managed Approach and that there are residents with concerns regarding its negative impact on their lives and on Holbeck as a whole. This cannot and will not be ignored by us.

“Whilst the review recognises the effect of the recent improvements made with the Managed Approach we are determined to ensure that we continue to evolve all areas of our work, and remain absolutely committed to listening, learning and engaging with all stakeholders and the wider community of Holbeck regarding the Managed Approach. We will do this in whatever form it might take moving forward and will focus on the findings and recommendations of the Independent Review. The Holbeck community remains at the forefront of all our thinking and will remain so. In terms of the recommendations set out in the Review, these will now be assessed on the basis of their individual merits with action being taken as necessary by the Safer Leeds Executive partnership.”

“We welcome the insight provided by this comprehensive independent assessment, which recognises all the positive work that has been achieved as a partnership over the years as well as the challenges there have been.

“The report clearly shows that we need to maintain and develop that partnership approach to continue building on the improvements that have been made so far.

“The issues around street sex work are long-standing and present complex challenges. This was always going to be a difficult journey and we recognise there is still a long way to go, but we remain committed to this being the most effective approach to safeguard the vulnerable, reduce harm and maximise safety.”

The report will be discussed by Leeds City Council’s Executive Board on 20 July, but consideration of detailed recommendations and implementing changes to the scheme will be overseen by the Safer Leeds Executive partnership.

You can download a copy of the full report here.