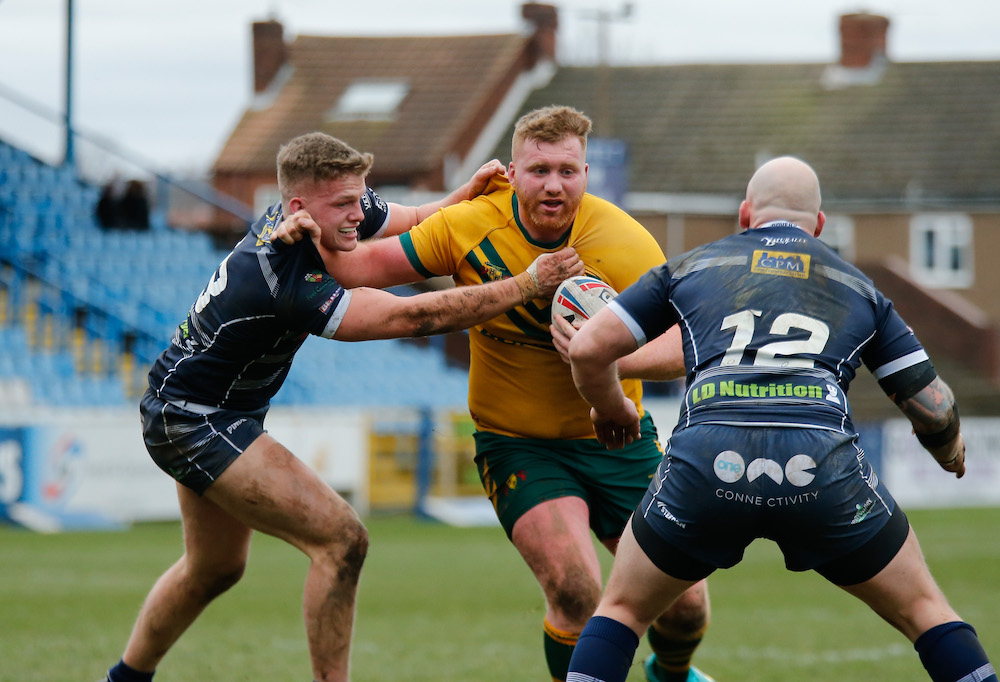 The amateurs of Hunslet Club Parkside are the top side in the community game having gone unbeaten last season. They were up against a Featherstone Rovers side made up mostly of the second team, but bolstered by some top Championship players.

The only scores in the first period came half way through as the teams traded tries. Michael White scored first for Hunslet Club Parkside, but Keidan Hartley equalised for Featherstone four minutes later. Neither try was converted so the teams went in 4-4 at half time.

Hunslet came faster out of the blocks after the break with Elliott scoring a minute after the restart. Fields converted to give Hunslet a 4-10 lead.

On 54 minutes Featherstone scored through Nathan Wright and with Punchard’s conversion pulled back to with two points of Hunslet. But Hunslet weren’t phased and hit back with the winning try ten minutes later when Liam Thompson crossed the whitewash. Jamie Fields kicked the extras and Hunslet held on for the last 17 minutes to see out an impressive 10-14 win.