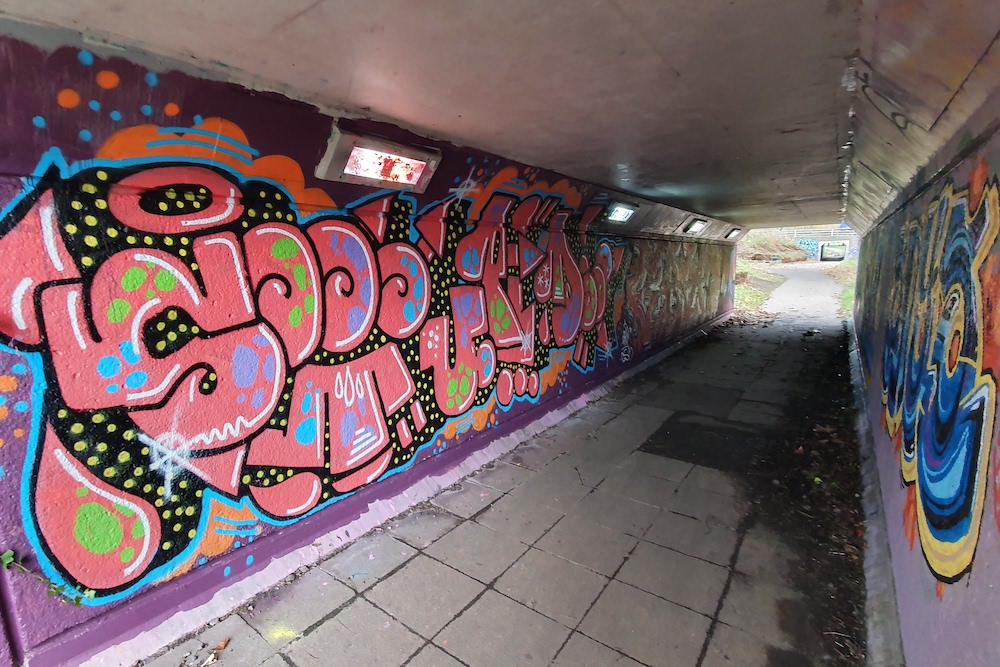 Jack Ellis, as an adult, is the co-founder of Leeds Street Gallery which feels not too far away from the teenage Jack who enjoyed scrawling on walls and forcing his version of art onto the public and often on private property.

As he got older he explains, he realised that whilst street art is legitimate art and has a working class heritage of artistic youngsters with nowhere to go or express themselves, he had also gained respect for other peoples’ property. As an adult he has followed street art avidly and arranged holidays that allow him to view the best of it around the world.

Jack has been furloughed from March and has been inspired by The Bankside Gallery in Hull, co-founded by Ollie and Kane Marshall:

“Basically, me and Kain are part of Spray Creative and we’re also graffiti artists in Hull, so when Banksy came and painted it turned Hull upside down. Suddenly, everyone wanted to know more about the graffiti scene and we became the go-to guys to ask these questions.

“All of a sudden, everyone became graffiti mad in Hull so we thought, well, let’s see. Nobody could deny the level of interest, the footfall, the hype and the media interest.

“News crews got in touch, David Harrison – a BBC journalist in Hull – did a radio interview with us about whether the Banksy piece was changing attitudes in the city. Me and Kain [of Spray Creative] realised that to keep people in the area around the Banksy piece, there needed to be more there. It was a forgotten industrial area, we needed to give some walls back to Hull’s graffiti scene.

“2017 in Hull was all about drumming up interest and getting everyone on board, now we’ve found ourselves delivering a legacy project, almost by chance. In a way, Bankside Gallery is something that we can give back to the UK City of Culture.”

The work of Ollie and Kane has attracted many visitors to a once derelict and industrial part of Hull.

Jack approached private property owners first with his Leeds Street Gallery idea and ended up brightening up 3 or 4 sites around private homes in Woodhouse that had previously struggled with nuisance tagging and graffiti.

His project helped save the property owners money in cleaning fees and gave street artists a place to be creative. Artists are able to upskill their work as they have the luxury of time to work on their art without having to worry about being accosted for doing it.

Once Jack and his artist crew have started off and enlivened an area, they are happy for other street artists to use it.
He only asks that new contributors are respectful when covering over a previous artist’s work (by not leaving half an original piece revealed, for example), not to put up anything derogatory and to make sure they leave the area clean and tidy. Apart from that Jack is more than happy to promote all types of art, typography and graffiti.