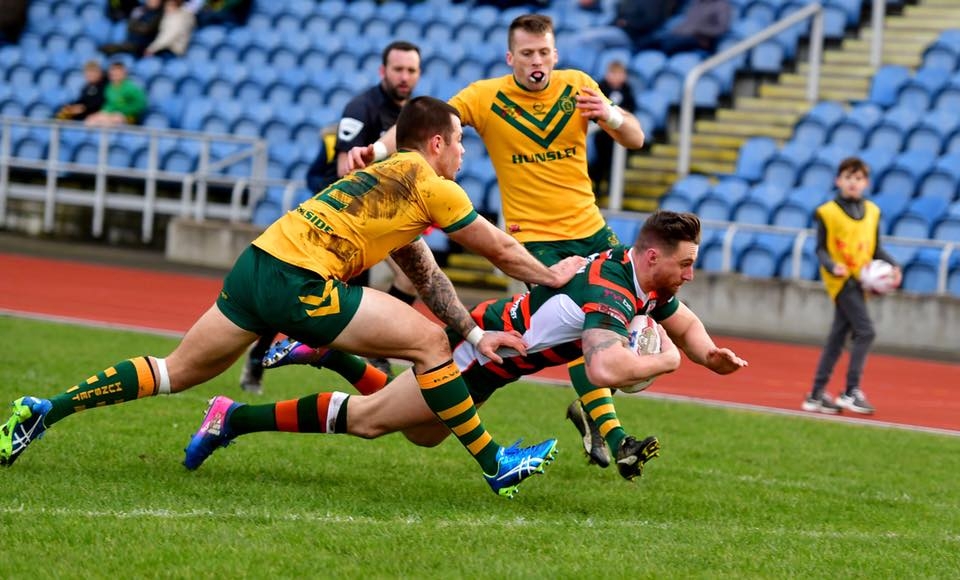 Both coaches will have taken satisfaction from the 2018 “Battle of Hunslet” friendly at South Leeds Stadium on a cold Sunday afternoon. A 48-22 victory score line to Hunslet RLFC possibly flattered the hosts but was a welcome outcome following last season’s shock 19-18 loss to near neighbours and friends Hunslet Club Parkside, and the previous week’s pre-season friendly defeat away at York. For the visitors it was their first outing of the season following the cancellation of their 1st Round Challenge Cup tie the week before, and it took them a little while to get into their stride. 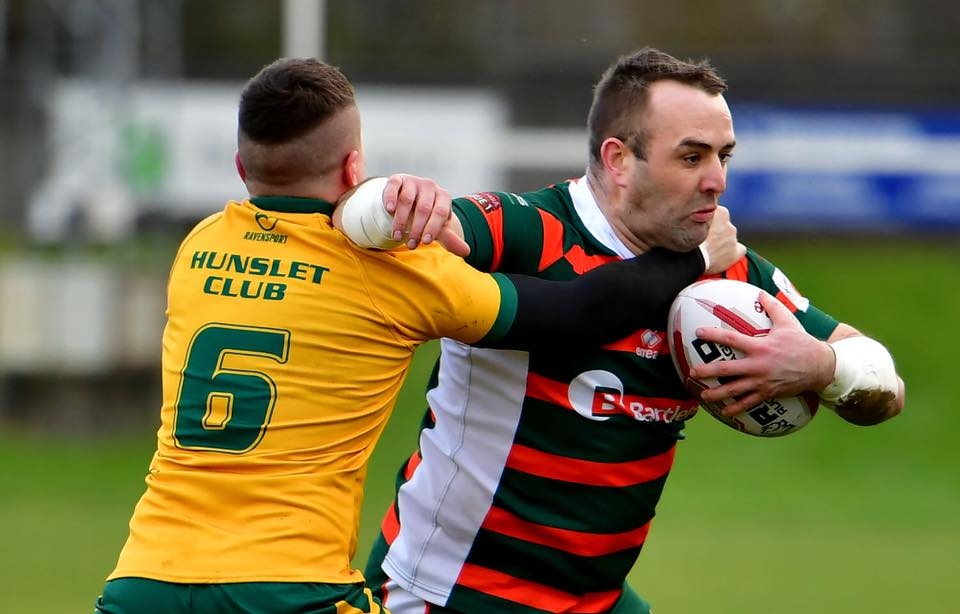 All photos by Paul Butterfield

The first half was a tight affair though as the 20-14 score-line suggests. It was Hunslet who opened the scoring when centre Danny Grimshaw crossed on the left but Southernwood was unable to add the extras. On 11 minutes influential Parkside skipper Jamie Fields was despatched to the sin bin for a high tackle and soon after Mallinder extended the home sides lead with a try which was converted this time by Southernwood for a 10-0 lead.

The visitors opened their account when hooker Chris Boyce dived over with scrum half Danny Rowse adding the goal for 10-6. Hunslet’s No 9 was next to score, Jack Lee scooting over, Southernwood again adding the extras for a 16-6 lead. Both sides added further tries to bring the first half to a close with Joel Gibson scoring from full back Jimmy Watson’s slick pass and then Hunslet Club Parkside wing Omar Alrawi touching down an excellent kick from centre field out to the corner from Rowse. Jamie Fields added the extras with a great conversion from the touchline.

A Hunslet Club Parkside penalty goal brought the score to 20-14 before the last action of the half saw Jamie Fields go close with a mammoth penalty attempt from within his own half.

Both teams came out for the second half with all to play for but missed tackles let Liam Mackay make good ground through the middle to score for Hunslet on 44’. Southernwood’s conversion took the score out to 26-14 and a further score to the home team from Nicholson on 60’, converted by Southernwood came before Hunslet Club Parkside scored what was probably the try of the match. A brilliant off load from Fields and pass from Danny Rowse to Alrawi saw the winger cross for his second try on 65’. Further scorers all in the last 10 minutes were Foggin-Johnston and Ashton for Hunslet with McGee adding a final try for the visitors.

This was a good outing for Hunslet Club Parkside a week before they take on tough opposition in Wath Brow Hornets (home) at the 2nd Round stage of the Challenge Cup next Saturday, in advance of starting out on their journey in the top tier of the amateur game. For Hunslet RLFC there is optimism amongst players, officials and fans alike that the new season will bring about more success than in a disappointing 2017.