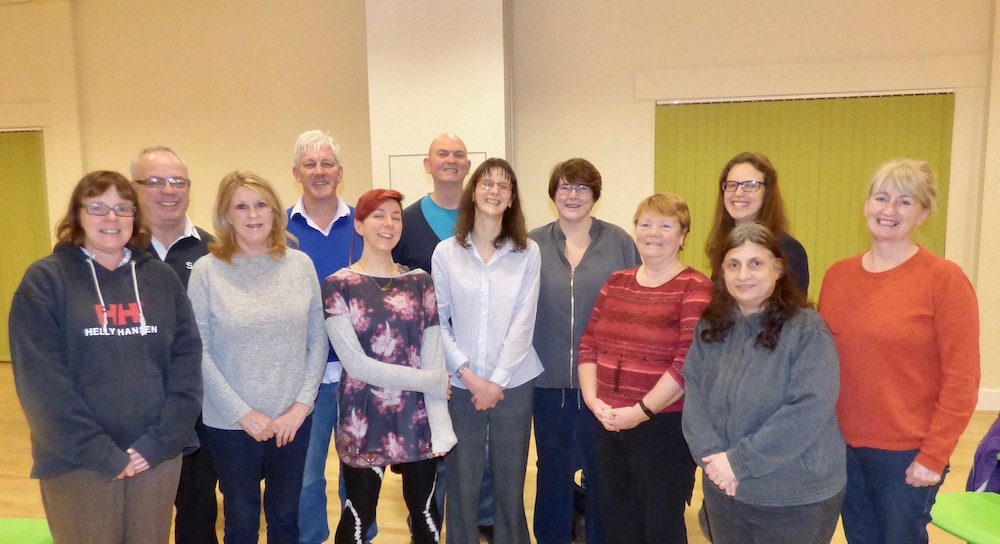 The Middle-Tones are a social group focussed on music and they are based, as you may have guessed, in Middleton.

Funded by Awards for All and GiveLoveLeeds and lead by a dedicated committee chaired by Allan Garden.

“Everyone enjoys music and even if you can’t play an instrument, you can sing” explains Allan. “I firmly believe everyone can sing, so you don’t have to read music to sing with us and there are definitely no auditions.”

The group’s main activity is singing, but they get up to much more than that. Last year they held specially themed evenings including Burns Night, Valentine’s, St Patrick’s day and Halloween, featuring food and fancy dress. They also organise trips to see professional shows such as Fiddler On the Roof and Joseph and the Amazing Technicolor Dreamcoat.

“I find singing gives me a positive mental attitude” said Jackie Fearnsides. “Meeting the others in the group is as important as the music.”

“I was inspired by Gareth Malone in The Choir best in Britain” said Rachel Darton. “I had only sang in the shower previously, but the show inspired me to join the group and I’m really glad I did, it’s good fun and I love it.”

I joined the group for an unaccompanied singing session and was impressed with the sound we made as a group, building up simple phrases and harmonies. Jess Baker, a natural voice practitioner, led the session and explained that she rarely uses sheet music and often teaches songs in foreign languages:

“It’s about the sounds and it’s amazing how much you can learn from just listening and repeating. It’s using a different part of your brain, which is good mental exercise!” she said.

The Middle-Tones have just secured this year’s funding a grant from the Big Lottery Fund’s Awards For All scheme and GiveLoveLeeds for their project Songs, Sights and Sounds (Expanding Horizons) and want to acknowledge the support and advice received from Pat McGeever and her staff at Tenants Hall. The group have further plans to expand their activities in 2018.

The group’s regular meeting are every Monday night from 7-9pm at Tenants Hall Enterprise Centre near the Medical Centre in Middleton. They are now adding fortnightly Thursday night sessions alternating unaccompanied singing with Salsa dance sessions (starting on 22 March).

The Group have plans for walking football and other physical activities sessions to promote good health. The Middle Tones sessions can sometimes begin with healthy food- homemade soup in the winter, fresh fruit in the summer all designed to improve diets and well being.