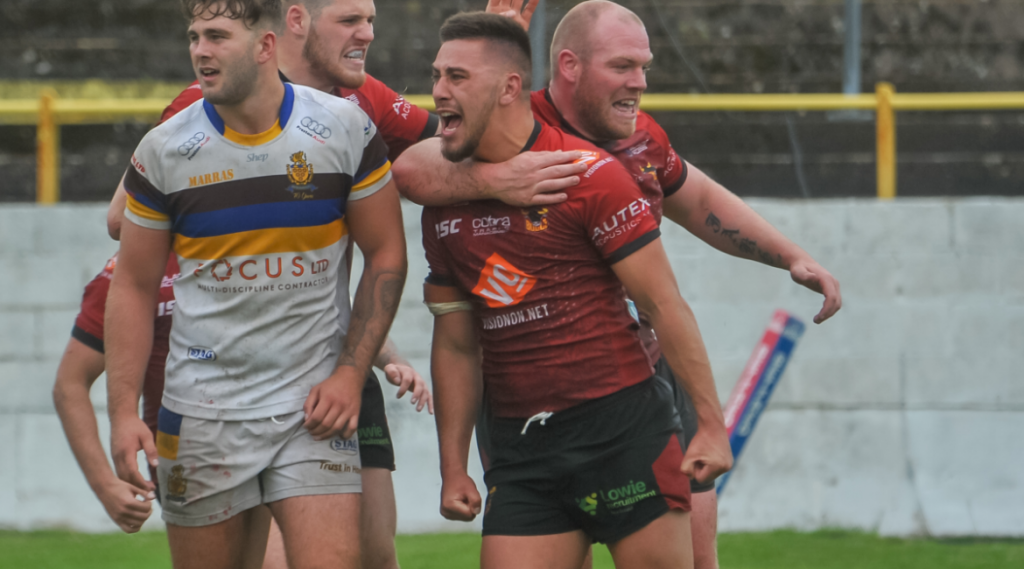 After a disappointing end to last season, Hunslet RLFC have rung the changes for the up and coming 2019 campaign.

With many clubs in League 1 struggling and fixtures still not finalised the South Leeds outfit have really hit their straps with New Sponsors, a new kit supplier, Kappa, and a host of new faces at the South Leeds Stadium.

As with the end of any season we had to reluctantly say goodbye to some popular players. Lewis Reed, Liam Mackay, Jack Walton, Gavin Duffy, Jack Coventry, Matt Nicholson, Danny Halmshaw, Will Cooke and Daley Williams all moving on, Brad Foster going to Doncaster, Winger David Foggin-Johnston to Bradford and promising winger Niall Walker to Batley.

There will however be some familiar faces with fans favourite Jimmy Watson, star hooker Jack Lee, goal kicker Joe Sanderson along with Michael Haley, Aidan Hema, Cain Southernwood, Ryan Wright and Niall Flynn all signing on for another season.
What’s different this year though is the quality of player signed on for next term.

Former Leeds Rhino’s and 2014 Grand Final star Richard Moore heads up the big lads. His experience and power should prove crucial to Hunslet’s hopes. Moore is joined by Dan Hawksworth and Adam Robinson from York City Knights, who after last season must come with a winning mentality.

The loss of George Flanaghan last year was a blow to Hunslet so early in the season, but coach Gary Thornton has pulled off a coup this year bringing talented hooker Vila Halafihi in from Bradford Bulls.

At Half Back there will be competition for places this year with Danny Nicklas joining the ranks and former Toronto and Hull utility back Reece Dean coming very highly rated.

Eyebrows were raised in the Rugby League world though when former Halifax Centre Ben Heaton signed on, it was felt especially by ‘Fax supporters that he would be a loss for them and a great gain for Hunslet.

These players joining up with last years stars such as Duane Straugheir and Josh Tonks should bolster competiton for places and set Hunslet up for a great season.

Here’s to hoping – And so we shall again!