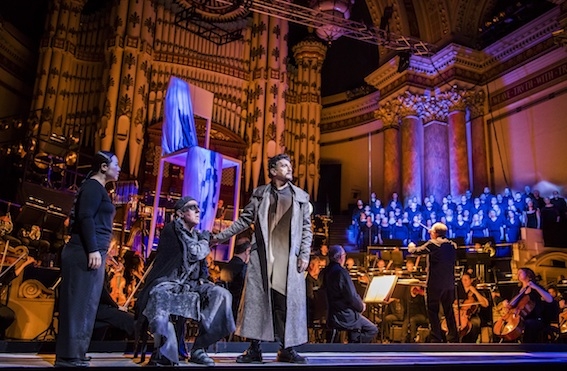 Pupils from a primary school in Hunslet are preparing to sing on some of the finest stages in the country as they get ready to join Opera North for its forthcoming performances of Puccini’s Turandot.

The 8 to 10-year-olds are from Low Road Primary School, which is part of the In Harmony Opera North community residency. They have joined forces with members of the Opera North Children’s Chorus to form a 22-strong ensemble of younger voices and will sing, in Italian, alongside the Orchestra and Chorus of Opera North in the Company’s concert staging of Puccini’s thrilling final opera. The production opens in Leeds Town Hall on Friday 28 April 2017 before touring to concert halls across the North.

Low Road Primary School became the second school to join In Harmony Opera North in 2015. Music now sits at the heart of the school day with every pupil being given the chance to master an orchestral instrument and to take part in weekly singing and musicianship sessions. The pupils who will be appearing in Turandot also attend the Low Road Chamber Choir which meets on a Friday after school. 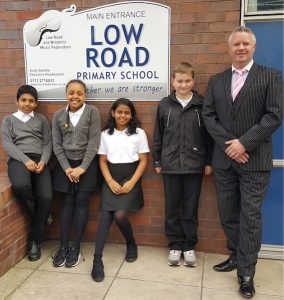 “In Harmony Opera North has made such a difference to everyone at Low Road. We were expecting to see an interest in music developing across the year groups, but what we were less able to predict was the increase in self-confidence and social skills. The children are far more willing now to persevere in their pursuit of a goal – an attribute which is brilliantly illustrated by our pupils who have committed wholeheartedly to all the singing sessions and rehearsals leading up to Turandot.

“Being given the opportunity to actually join the company of Opera North for a production and to tour to so many different venues is something these children will never forget.”

The In Harmony children will perform with young singers from the Opera North Children’s Chorus who meet on a weekly basis in Leeds to develop their vocal technique and musicianship skills and explore drama and stagecraft under the guidance of professional artists.

“This is a great example of the opportunities Opera North can offer young people, with these talented singers getting the chance to perform with a professional opera company in their home city and in some of the country’s most prestigious concert venues in the North.

“The children from In Harmony and the ONCC have shown so much commitment to their music, and have worked so hard to master the words and music for Turandot, that they deserve every success. We wish them well.”

The production is the latest in Opera North’s popular concert stagings and follows the Company’s critically-acclaimed performances of Wagner’s Ring cycle. Turandot tells the story of a beautiful princess who requires her suitors to correctly answer three riddles before they can claim her hand in marriage. The penalty for failure is death. While many try, none succeed. When Prince Calaf appears on the scene, he is so bewitched by Princess Turandot that he determines to have a go, despite the pleas of the servant girl Liù who is secretly and selflessly in love with him. Puccini’s emotionally charged music is some of the finest he composed and includes the instantly recognisable and much-loved aria ‘Nessun Dorma’.

“It will be amazing to sing in front of such big audiences. We’ve had to do lots and lots of practising and some of the rehearsals have been really long, but it’ll definitely all be worth it. It’s been great making new friends and I can’t wait to go to all the places I’ve never been to before.”

The children will sing at all the Turandot performances at Leeds Town Hall before touring to the Royal Concert Hall in Nottingham, Hull City Hall, Liverpool Philharmonic Hall and Sage Gateshead.