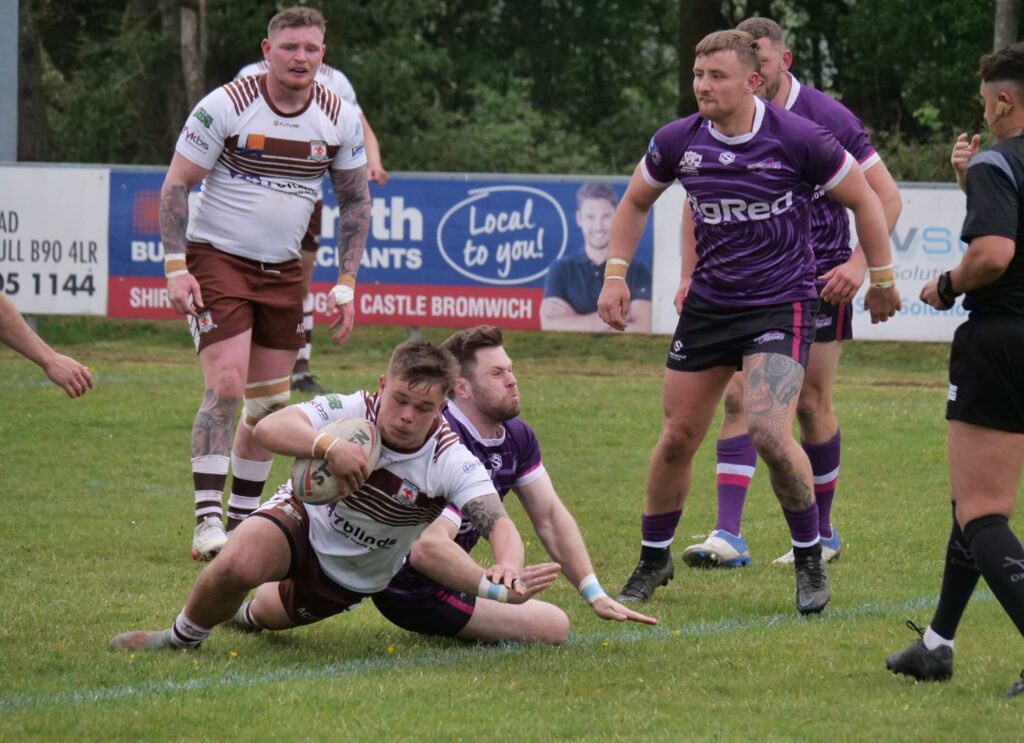 Hunslet brought home the 2 points from the Portway Stadium, Solihull yesterday (1 May 2022) against a tricky Midlands Hurricanes team after a solid display without ever really having to get into top gear.

Midlands in their former guise of Coventry Bears caused an upset for the Parksiders last year after coming from 22-44 down with fifteen minutes to go to beat Hunslet 46-44 in a defeat that cost the job of former coach Gary Thornton.

Alan KIlshaw’s team didn’t want a repeat of that and after Good Friday’s unlucky defeat at the hands of Keighley Cougars they needed to get back on track. 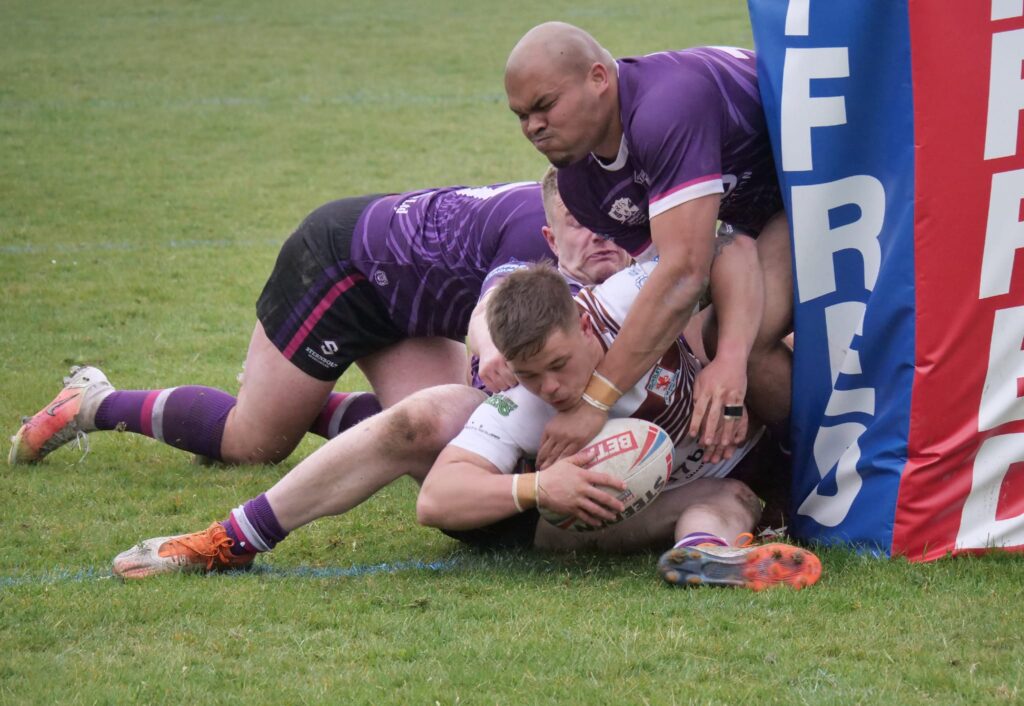 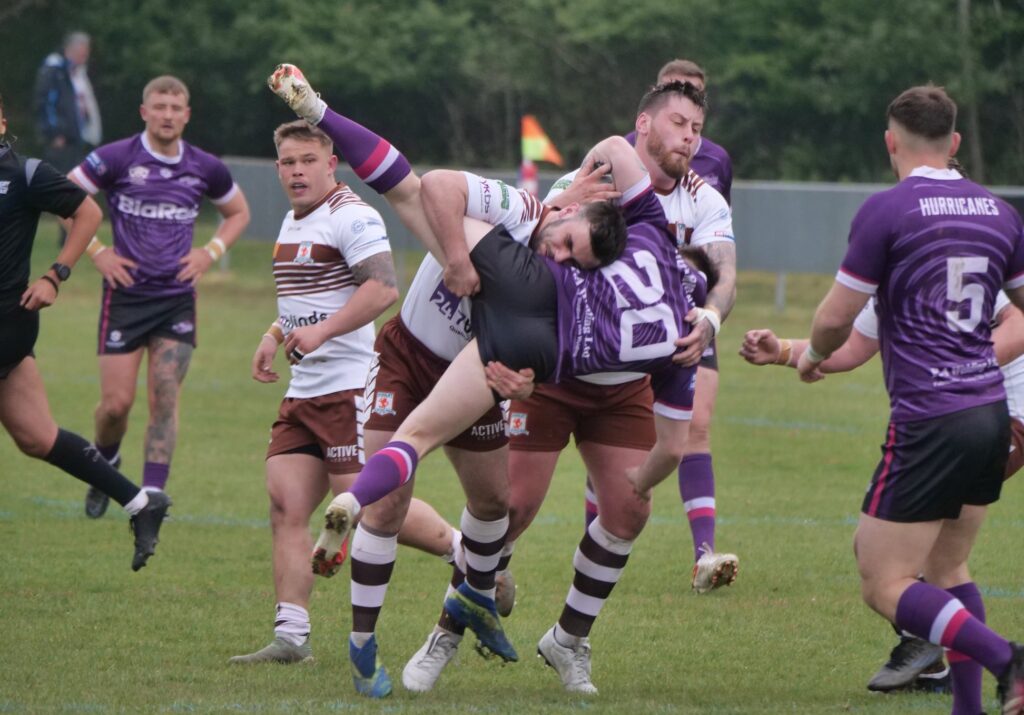 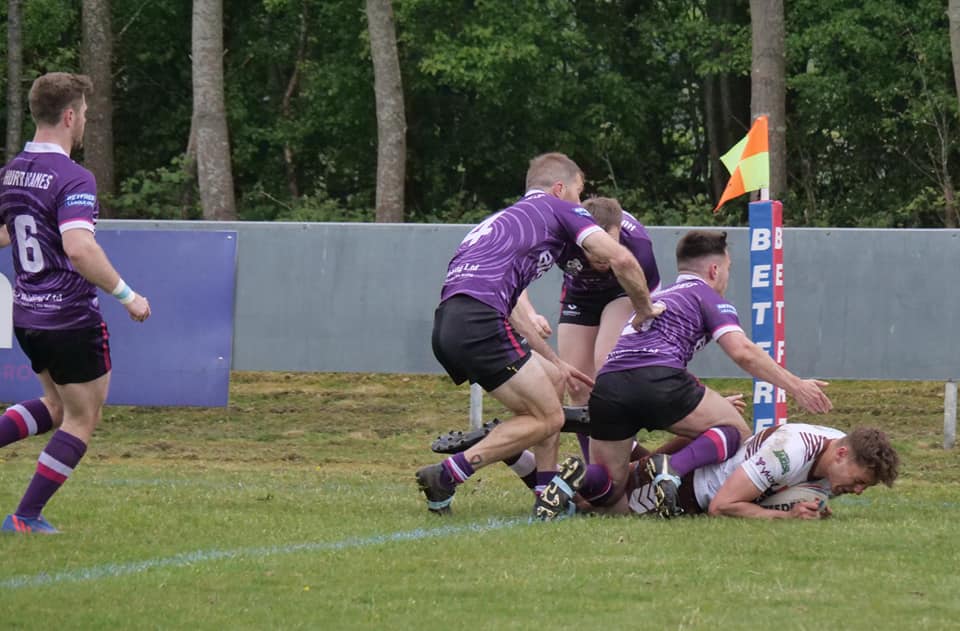 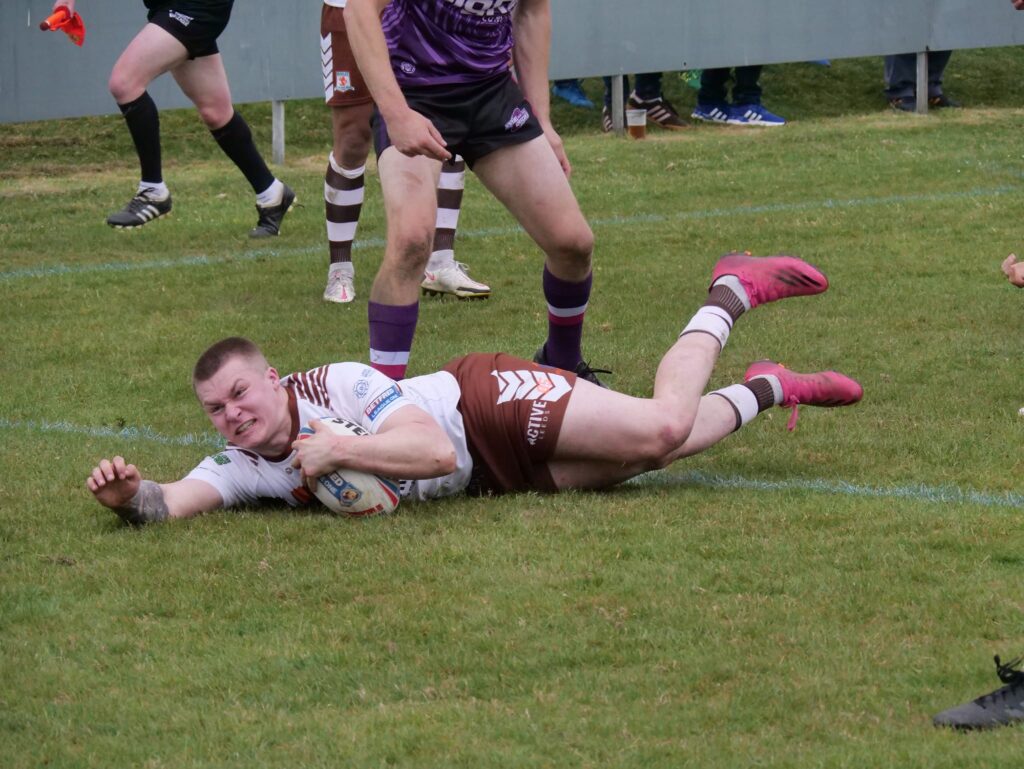 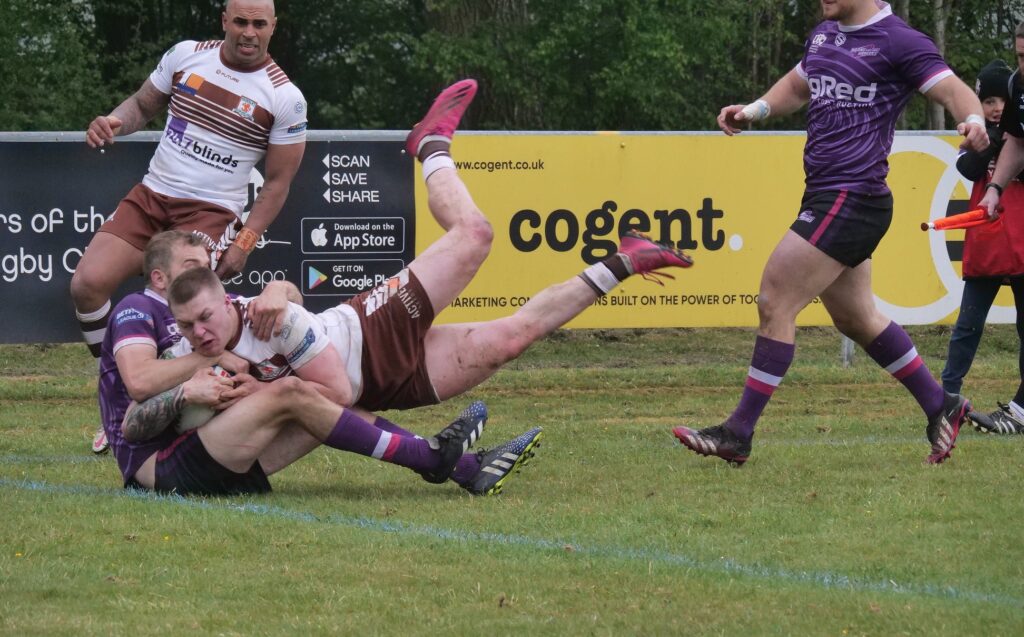 The early stages of the game saw both sides trading punches, and with Wayne Reittie solid under constant high kicks Hunslet’s defence was looking good.

But on 8 minutes Midlands pulled a sucker punch. After a spear tackle Hurricanes created some pressure and sucked Hunslet’s defence infield before a long ball to Moran on the left wing gave him acres to score in. 6-0

It wasn’t reflective though as there was nothing between the teams, and on 14 minutes Joe Sanderson’s fizzer of a high kick was knocked on by the Hurricane’s full back and now in the final quarter for the first time Hunslet found Jack Render with swift passing on the left wing to score. 6-4

Hunslet were soon back up field and after Harvey Whiteley won a penalty taking a high tackle the hooker gained revenge going over from close. Joe Sanderson adding the extra’s 6-10.

With a raft of injuries Hunslet have had to take players on loan. One of which, Jacob Doyle was very impressive in the centre. On 22 minutes Doyle received the ball and showed too much strength for the Hurricanes’ defence going over on the right hand side 6-14.

It seemed that every time Hunslet got into the Hurricanes’ final third they were dangerous, but little mistakes started to creep in and invite Midlands back into the game.

Joe Sanderson’s kick was charged down and although Jordan Paga got back to make a timely tackle Hunslet were suddenly on the back foot. Harvey Hallas held a Midlands player down a second or two too long and was given ten minutes in the Sin-bin.

Hunslet now had to do some solid defending, which got harder when Ethan O’Hanlon was sin-binned for a late tackle. Down to 11 men it was backs to the wall, but excellent line defence kept the score intact and at the break, although depleted, Hunslet led 6-14.

On 46 minutes although back to a full complement of 13 players Hunslet found themselves defending again. Joe Sanderson’s kick was again charged down and although Jimmy Watson recovered the ball he was tackled in-goal. From the resulting set Matty Welham wrestled his way over and it was game on at 10-14.

Now mistakes crept into Hunslet’s game as the Hurricanes started to get on top. But Hunslet soaked up the pressure and after Doyle looked to have scored (before the touch judge halted the celebrations) Harvey Whiteley did score from close in after a Hunslet penalty. 10-20 on the hour mark.

The Parksiders could now put the game to bed, and reading a move well Joe Sanderson scooped an interception. But the Hurricanes’ defence was quick and Hunslet were held short. The resulting set did see Sanderson stretch the lead to 12 points after Midlands were penalised for a late tackle. 10-22.

Hurricanes didn’t give up though and Hunslet had more defensive work to do. In added time Hardcastle dummied his way over and with the conversion we were in for a nervy finish 16-22.

A tremendous team tackle from the kick-off forced a drop-out and this put Hunslet back on the front foot. Although they couldn’t add more points the hooter came before Midlands had any more chances to score and the victory was complete at 16-22.

Although a tight win in the end, Hunslet always looked likely to win. Jordan Paga at half-back was voted Man of the Match being at the centre of most attacks and very strong in defence. Joe Sanderson and Harvey Whiteley were lively, whilst Jacob Doyle on loan was always a threat.

Hunslet will hope to make it back to back wins at home against Cornwall next Sunday (8 May 2022) as the newest club in Rugby League make their first visit to the South Leeds Stadium. Kick off is at 3pm tickets are £15, £10 concessions and under 16s are free.