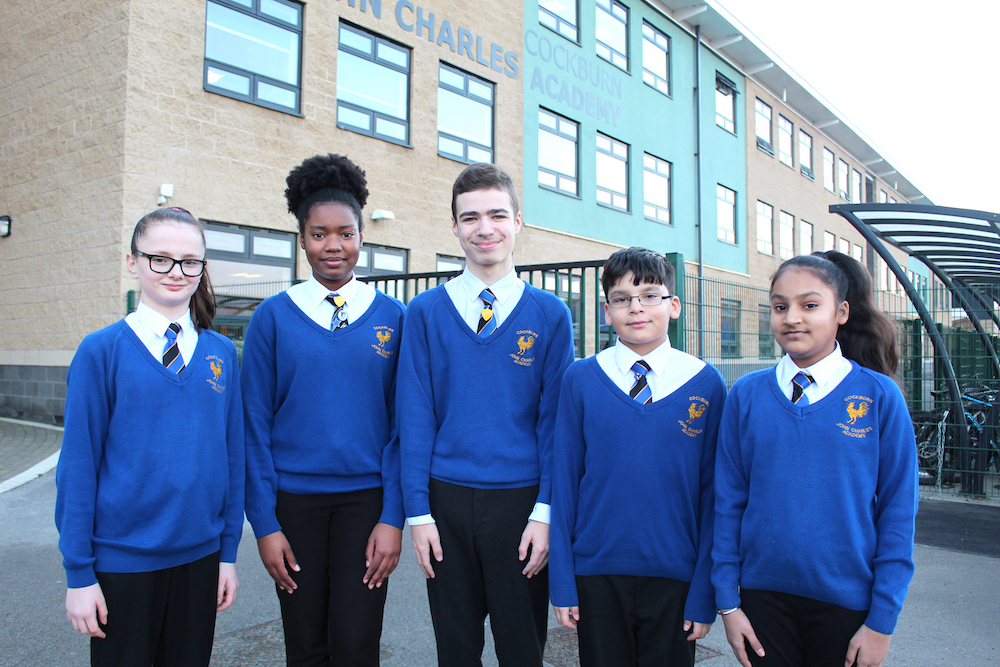 The Yorkshire Evening Post last week published its annual article highlighting the worst performing schools in the Leeds area and for the first time in its history, and further to the former South Leeds Academy in Belle Isle being officially closed and re-opened by the Cockburn Multi-Academy Trust (MAT), Cockburn John Charles Academy was not featured.

This follows a summer which saw the academy achieve record progress and outcomes for students, the vast majority of which have now moved on to study at their first choice of further education provider.

“This is an incredible achievement for the academy in the short time that it has been part of the trust which ensures that all students receive the education they are entitled to and the outcomes which will enable them to realise their ambitions.

“I am extremely proud of the high standard education that the schools who are part of the Cockburn MAT have on the children of south Leeds.”

A parent of a year 7 student has also passed on this note of praise to the academy staff:

“My daughter attends your school and I just wanted to say how happy I am with how she has settled since starting year 7 in September.

“I truly hope when Ofsted do inspect they see the amazing school you have become. Thank you very much and I am looking forward to year 7 parents evening in March.”

Head of School, Siobhan Roberts, said: “I am hugely proud to lead an academy with such a dedicated staff and a hardworking cohort of students.

“This news validates the unwavering focus of the team in delivering rapid improvements which have had a clear and measurable impact on the outcomes of students, which will in turn have a huge impact on the future life choices these young people are able to make.

“I would also like to give thanks to the parents and carers and local community who have supported our school on our journey of ‘Transformation to Excellence’ which has again seen record numbers of applications for places in Year 7 for September 2020.”

One Reply to “Huge improvements at Cockburn John Charles Academy”