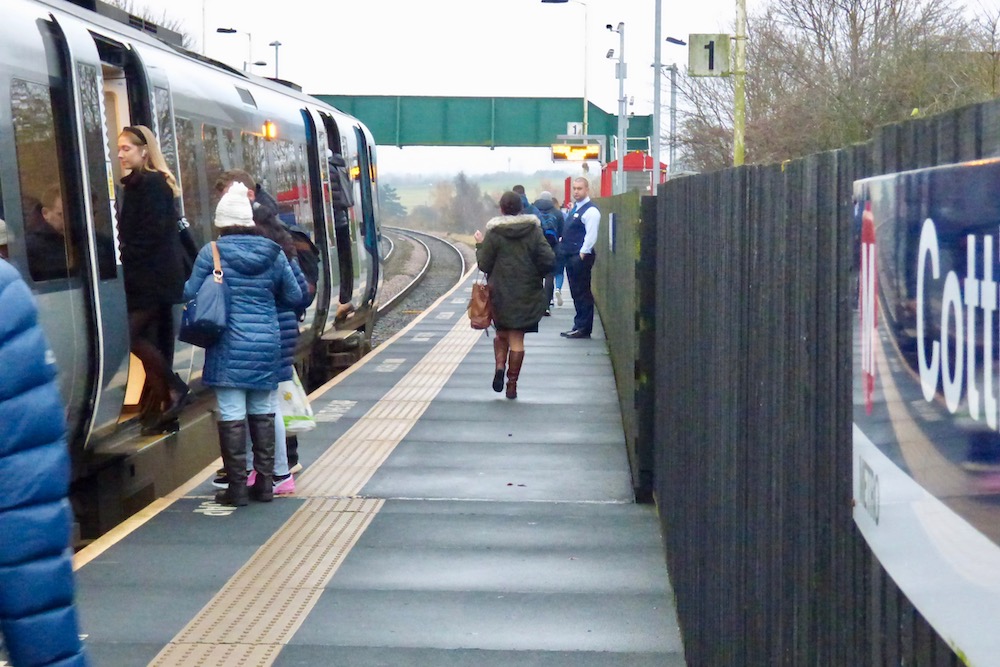 People are being invited to have their say on the future of Cottingley Rail Station, from today (Monday 12 July 2021), as part of a 12-week consultation being held by the West Yorkshire Combined Authority in partnership with Leeds City Council and Munroe K.

As previously reported, construction is due to start later this year on a new, more accessible £24.198 million rail station 800m along the track, near the White Rose Office Park.

The consultation will seek people’s views on the proposed closure of Cottingley Rail Station as it will not be possible to maintain the same level of service at both Cottingley and White Rose because they are too close together.

Alongside a new rail station, the White Rose scheme also includes better walking and cycling routes to Cottingley, Churwell and Millshaw, as well as the White Rose Shopping Centre and the bus interchange.

“Building the future we want with a transport system fit for the 21st century is absolutely vital. Schemes such as the new White Rose Rail Station will connect more people with job, training and education opportunities, while also helping us tackle the climate emergency on our way to becoming a net zero carbon economy by 2038.”

“A fully accessible rail station at White Rose will bring new opportunities for people in Cottingley, Churwell, Millshaw and Morley, improving transport links and acting as a catalyst for local regeneration, including housing and job growth.

“During the next 12-weeks, we will be doing everything we can to engage with local communities on the future of Cottingley Rail Station and I would encourage people to make sure their voices are heard by taking part in this consultation.”

According to The Office of Rail and Roads station usage data for 2018/19, Cottingley is the least used station in Leeds.

The options being considered as part of the consultation include:

“Although the plans to build a new White Rose Rail station will undoubtedly bring benefits and opportunities for the surrounding communities and beyond, it will have an impact on the existing station at Cottingley.

“We know Cottingley station is underused, however people still use it, so it’s crucial that the new White Rose station is accessible for rail users. I would urge local communities to get involved in the forthcoming consultation on the future of the rail station to make sure your voice is heard.”

“The White Rose Railway Station will be a key ingredient in bringing about the regeneration and economic development of south Leeds; being a catalytic element in the future vision for not only White Rose Park, but the wider area also.

“It has been a testament to the powerful collaboration between public and private sector that this key piece of infrastructure development will be delivered to bring about fantastic benefit to our local communities and businesses.

“With improved active travel routes including pedestrian walkways, bicycle parking and access, the new station will undoubtedly be pivotal in helping us all build toward a more sustainable future that is less reliant on car travel.”

As well as proposals being on display at the White Rose Office Park Planning Cabin, there will also be a series of public webinars and drop-in events, subject to Covid-19 restrictions.

For more information and to have your say visit www.yourvoice.westyorks-ca.gov.uk/Cottingley.

Hard copies of the materials can be provided free of charge by calling (0113) 245 7676 (MetroLine), via Freepost CONSULTATION TEAM (WYCA) or email yourvoice@westyorks-ca.gov.uk.

All representations should be returned using the website, email or postal details above by midnight on Monday 4 October 2021.