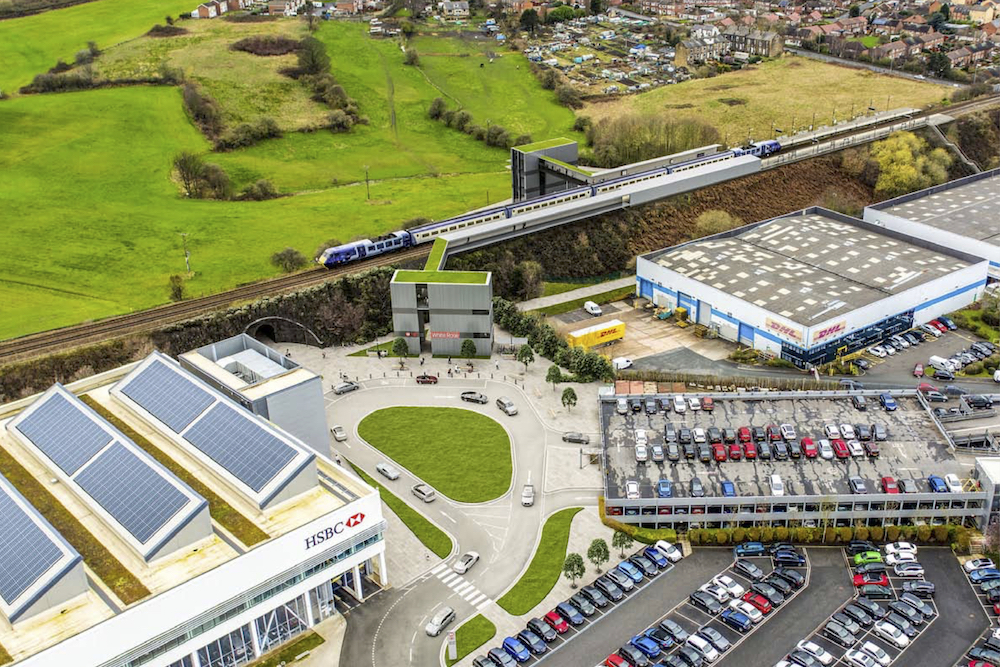 Leeds City Council has given its reaction to the announcement of a railways funding package by the Government.

Ministers today (26 May 2021) confirmed details of a £317m investment in the York-Leeds-Manchester Transpennine rail route, with funds also being released for the new White Rose and Thorpe Park stations in Leeds.

The station at White Rose is being built in partnership with Munroe K who own the White Rose Office Park. Funding is also coming from the West Yorkshire Combined Authority. Leeds City Council is set to discuss providing a loan facility, in order to help facilitate delivery of the station project at its Executive Board meeting on 23 June.

The building of White Rose station puts the future of Cottingley station in jeopardy, but no final decision has been taken on closing it.

“This funding package is encouraging news and it’s good to see that our long-standing calls for greater investment in the rail network in and around Leeds are being taken on board.

“The White Rose and Thorpe Park stations will make a big difference to the lives of people in the city by delivering enhanced links to these two areas of employment growth. They will also play a part in our efforts to tackle the climate emergency by helping take cars off the road, which will in turn improve air quality and reduce carbon emissions.

“The Transpennine route upgrade, meanwhile, will mean better transport connections between Leeds and other great cities of the North, something that will be more vital than ever as our region strives to build back stronger after the economic effects of the COVID-19 pandemic.

“It’s important to note, however, that this is just one piece of the jigsaw. We also urgently need clarity on plans for the eastern leg of HS2 and Northern Powerhouse Rail with a stop in Bradford, all of which would complement the work on the Transpennine route and help to further unlock the massive potential of communities across Leeds and beyond.”