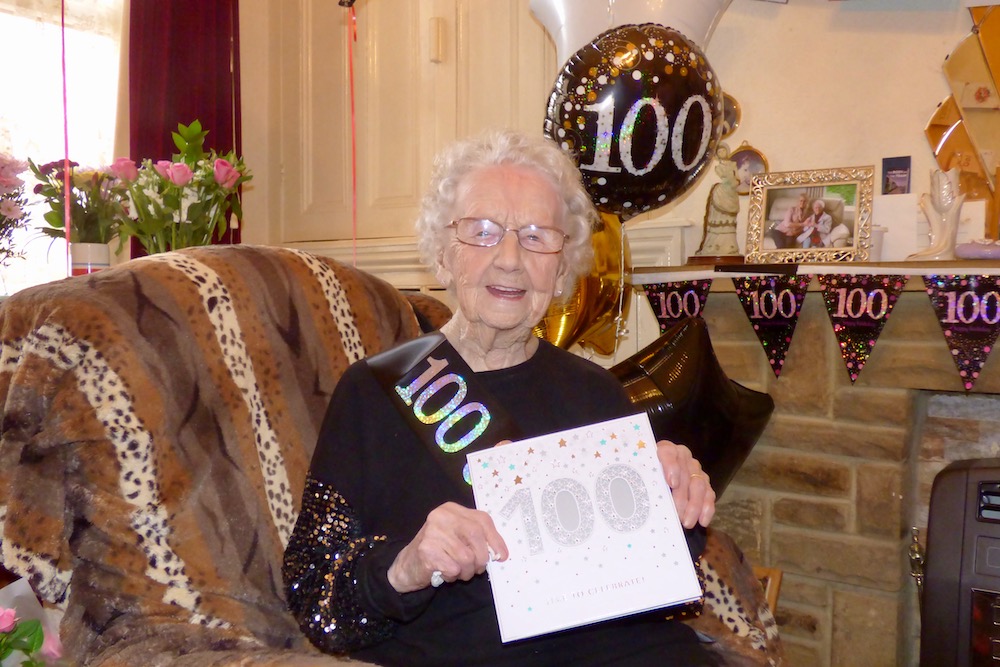 Joan Kershaw’s Beeston home was full of friends, family and flowers today as she celebrated her 100th birthday (15 June 2020).

Joan has only recently returned home after breaking her hip on Christmas Eve, but this is the first thing to slow down what has been a busy and eventful life.

Apart from raising a family that stretches five generations to great great grandchildren, she worked for most of her life and carried on with voluntary work after she retired.

“I’ve been through a lot in my life, I used to do a man’s job in the war” she told me. “I was a Maltster at Tetley’s Brewery.”

Before that she worked in textile mills in her native Skelmanthorpe, near Huddersfield. Having moved to Leeds in 1944, she taught weaving at mills in the city after the war. She was also a conductress on the No 1 Tram, running from Lawnswood to Beestonand later worked in the NHS developing X-ray plates.

Following retirement, she served as a Trustee for Leeds Children’s Charity for 30 years. The charity ran a holiday home at Silverdale in Lancashire for many years and still provides holidays for disadvantaged Leeds children.

I asked Joan what the secrets to a long life was

“Hard work, having lots of friends and a little brandy in my tea every night.“