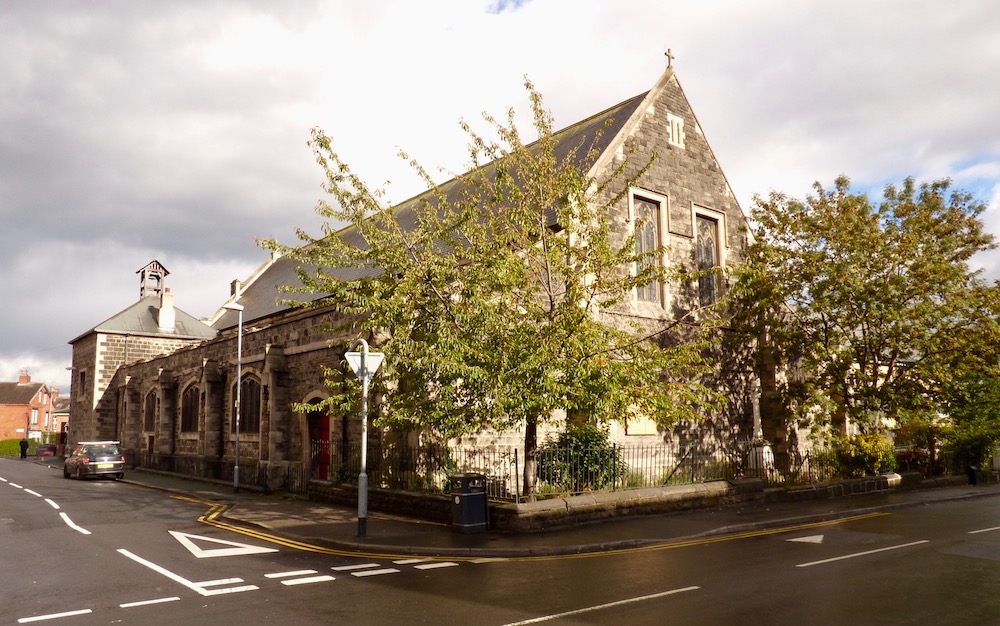 The future of a heritage building in Beeston Hill will be decided in the coming months, with the former Holy Spirit church now up for sale – for a modest £125,000.

Built in 1903, the listed building is a not-insignificant 900 square metres – but is also understood to be in a poor state of repair, with no sewage, and would require large investment to become usable.

It closed its doors as a church congregation in 2012 due to dwindling numbers, but has since hosted several events including the Samara’s Aid appeal, and a Christmas Wonderland experience. And its garden – which features an orchard and edibles – has been renovated by local residents, and won a regional ‘In Bloom’ award.

Local people have previously expressed interest in leasing the building from the Church of England, and turning it into as a multi-use community venue – but have ruled out making a bid for it at this stage. Ed Carlisle, speaking for the group, commented:

“This building has great potential, and loads of people are keen to be involved – but we’re simply not in a position to buy it. We totally understand why the C of E are trying to sell it, and it’ll be interesting to see if it does sell, and who to – perhaps we could work with them.

“Or we’ll keep in touch with the church leaders, and – if it doesn’t sell – we’ll see if we can make something happen. We are with any luck the Back Up Plan! Get in touch anytime – to find out more, or to get involved.”

For more info on the church, and its sale, contact Savills estate agents in York: savills.co.uk. For more on the proposed local scheme, contact Ed on 07738 921 277.