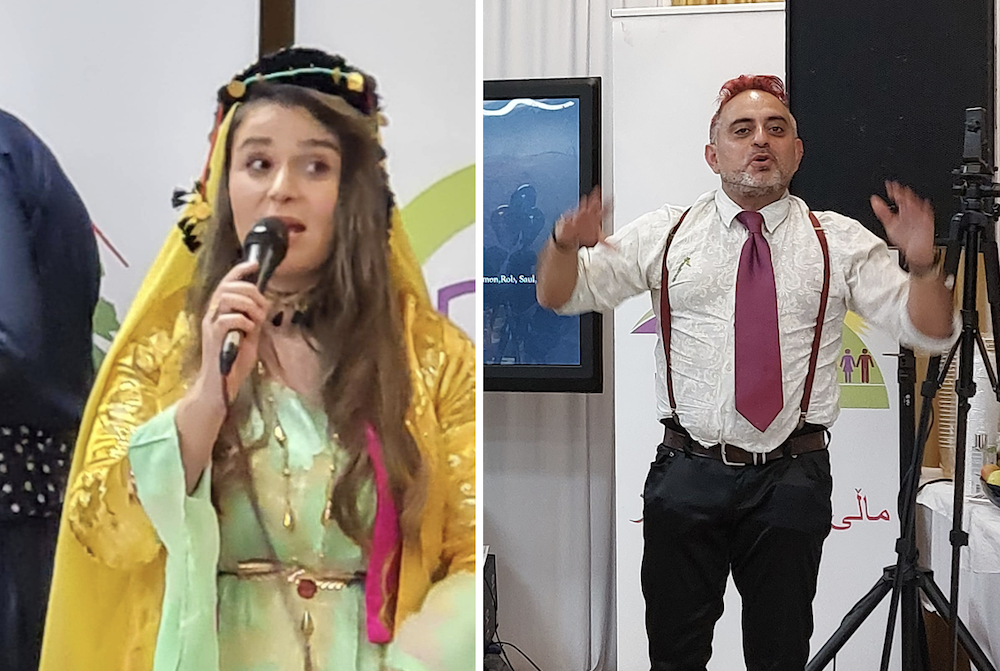 A fundraising event by The Kurdish House Leeds was held at The Involve Centre in Hunslet on 28 October, to discuss a crucial need for community donations and loans to purchase a permanent home for the Nawroz School and to establish a multi-functional centre for the whole community.

The organisation has set its hearts at an old vacant school building, previously known as Bewerley Street Infants, on Hunslet Hall Road owing to its spaciousness, and they intend to utilize the large area to promote:

The hostess for the evening, Mrs Kashan Ali, dressed in a vibrant traditional Kurdish ensemble, who also happens to be the Chair and Headteacher for the school, gave an eloquent speech in their native language Sorani for the many Kurdish attendees, also translating into commendable English for the non-Kurdish audience. They all had travelled from different parts of the city and beyond, to pledge their support and contribution to this important initiative.

One of the attendees, an aspiring journalist from London, Mr Gova Ahmad, presented a stirring speech about the dire need for strategies to uplift and motivate an already conscientious and friendly community like the Kurds. He emphasised the fact that these people had to flee their homeland to safeguard their lives but found solace in the culturally diverse city of Leeds. a city they’ve embraced as their home and have actively been contributing to the betterment of the environment through cleanliness drives, planting fig trees in less cultivable land and through their relentless entrepreneurial abilities.

Another attendee, a lady from a different minority ethnic group, Mrs Bahar M Khesrawi, is the chair and founder of the Bahar Women’s Association. She expressed her heartfelt support for this cause as she believes that all immigrants, irrespective of their countries, races, or beliefs must be made to feel empowered with spaces dedicated for the welfare of their people. Places they can feel included, accepted and heard as individuals who have embraced the UK as a safe haven for their families.

Echoing her beliefs for a culturally inclusive place for the Kurdish community, the organiser and force behind this initiative Dr Nick Lalvani reiterated that the friendly and hardworking Kurdish community has been diligently contributing to communities across Leeds. Despite minimal support from government bodies, they have shown great energy in giving back that feeling of security, warmth, and generosity that the people of Leeds have shown them.

The event was extraordinarily reflective of the exuberant Kurdish heritage in terms of the traditional Middle Eastern delicacies served across a lavish banquet spread; women and children dressed in traditional dazzling fineries; poets waxing eloquent praise of Kurdish brotherhood; and beautiful renditions of East-meets-West fusion folk songs being performed live by accomplished artists.

Trustee Nick Lalvani urged members of various other charity organisations and trusts present at the occasion to pledge their contribution to this cause and so did Cllr Paul Wray (Labour, Hunslet & Riverside) who engaged and motivated the diverse audience to join in the auctioning of paintings made by the young minds of the Nawroz School. Some of these were sold out at a startling price of up to £150 and although the intention behind the auction was to raise money for the necessary funds, the Kurdish House Community Funding proposal is still thousands of pounds away from reaching its goal.

Kurdish House Leeds are seeking donations and (interest free) loans from anyone who wishes to empower a peace-loving community. To find out more about donations and volunteering opportunities for Nawroz School, Leeds, please contact the trustee Dr Nicholas Lalvani at his email address: nicholaslalvani@hotmail.com