The cast of Barber Shop Chronicles explore the intimate conversations which take place in the barber’s chair in Inua Ellams’  joyous new production coming to the West Yorkshire Playhouse. 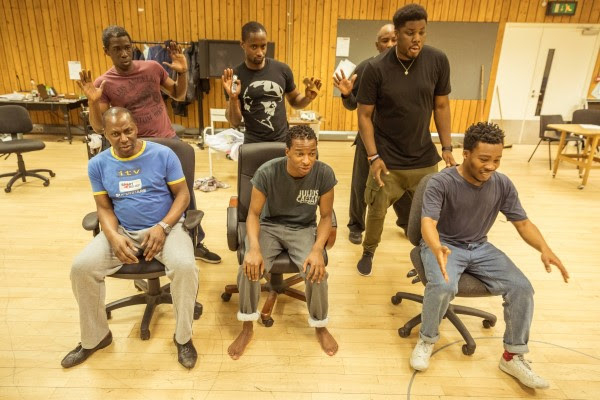 The production plays in Leeds from 12 – 29 July 2017 following a sell-out run in the National’s Dorfman theatre, and is co-produced by the Playhouse, the National Theatre and Fuel.