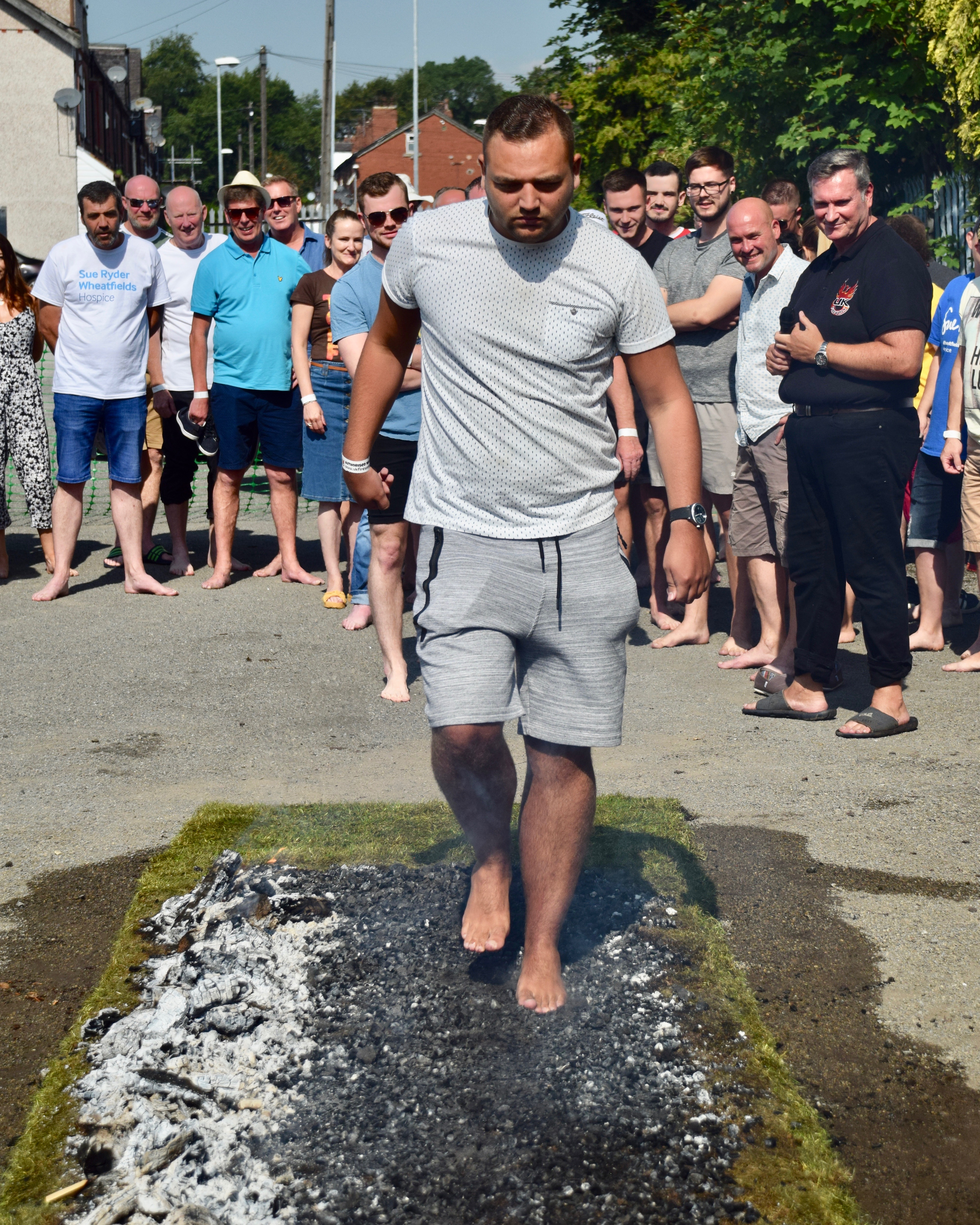 A ‘Firewalk” was organised at the South Leeds Conservative Club to raise money for The Sue Ryder Wheatfields Hospice, in remembrance of Mr John Metcalf, who tragically died at a young age.

Members of the Club were asked to donate to the cause, for the privilege of walking on the red hot embers, measured at one point to be five times the heat of a boiling kettle!!

The Club not only held the Firewalk, but had raffles, sold food from the “barbie”, all to raise money for such a good cause.
Praise goes to Mr Ambrose Farrell, who has been working tirelessly in asking people to donate to the Firewalk, raffle prizes etc., and did a remarkable job in doing so.

Pictured finishing the Firewalk is Mr Tom Metcalf, the son of John, who also had the privilege of starting the fire.

One Reply to “Firewalk at South Leeds Conservative Club”