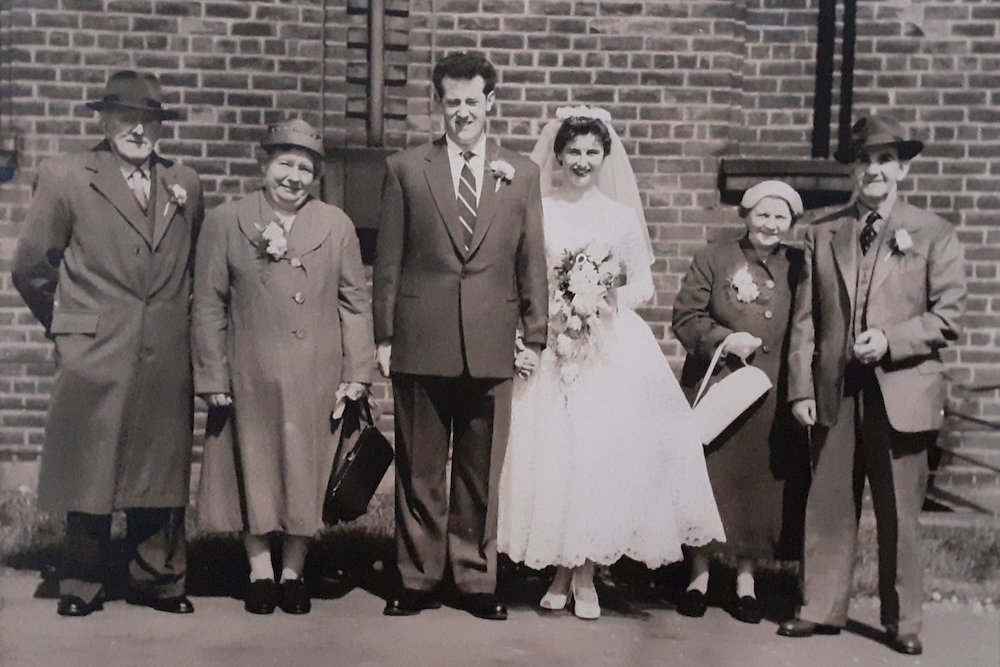 I had a wonderful conversation with Les McIver about how different life was back when he was a boy.

Les lost his Dad in 1939, when he was just seven, his mother had to take up work at the Barnbow Armaments Factory in Cross Gates.

The Barnbow Royal Ordnance Factory was built between 1939 and 1940 in order to produce armaments for use in the Second World War. At its peak it employed 3,000 workers, 2,000 of which were women. It produced approximately 9,000 guns.

Les’ Mum would set off each day at 5am and would not return home until 7pm each night, for six days per week.

Luckily for Les he had a close friend Peter, with a big family with whom he would spend time until it was time for school and after school until his Mum got home. The family consisted of 5 brothers and 2 sisters, so Les was never lonely.

Les explained that this was a huge relief for his Mum as there were no social security benefits in those days and she had to work long hard hours at the factory to keep food on their table.

When I asked Les how he had felt about these arrangements, he explained that they didn’t know life could be any different so they just got on with it! Les thinks that although times are hard these days for many, when he was younger there was not as much help from charities, there were no food banks to help families like his out.

Although Les’ mother worked at the Royal Ordnance Factory at Barnbow for years, she eventually became a manageress at Croppett’s dry cleaners on the Headrow and very much preferred her new role.

Les explained to me that things have changed so very much since he was young – he had no TV or internet, only the radio. However Les was so active he very rarely listened to that! He was always playing outside and was often to be found on Belle Isle playing field playing football or rugby.

He was also a very keen swimmer and whilst working at Samuel & Denison Factory in Hunslet he set up a Swimming Club for more than 50 employees at the Joseph Street public baths.

Les feels lucky that he has always been involved in sport. He was a Leeds County Championship runner from 14 years old. He has also take part in lots of rugby coaching and helped his side win the all English Championship at Blackpool. It was the first time in 10 years that Yorkshire beat Lancashire in Rugby League and Les promises me there were very big celebrations afterwards with his friend Peter Bell!

Les and his adored wife Pat were together for 63 glorious years until he was recently widowed. She was very happy to support him in his sporting life. Before he met Pat, Les would go dancing to the Mecca and Arcade dancehalls and on Saturday nights to the Scala.

Les was quite a mover and the jive was his specialty. When he first asked Pat to come dancing with him she replied

“I’ll go with you, as long as you don’t go off dancing with someone else!” But of course, Les only wanted to dance with Pat and he swept her off her feet with his dancing moves!

Les has seen many changes come to the city of Leeds and he feels not all of them have been for the best, he wishes people were more friendly. So next time you come across an older person give them a wave or a smile – you never know what their story could be and you could be talking to an expert jiver or a sporting hero. Everyone has a story.

Main photo: Les and Pat on their wedding day

2 Replies to “Everyone has a story”