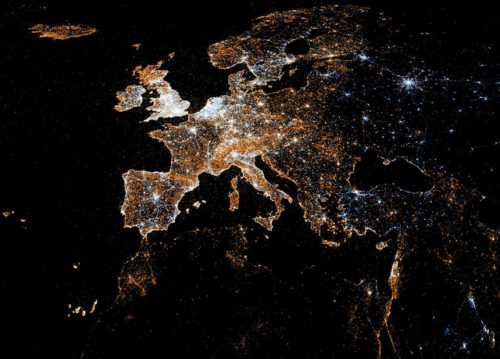 I’m deliberately undecided about the referendum. Why? Because it’s big, it’s complex, and I feel it deserves proper research and reflection – from all of us.

I don’t believe anyone who argues – either way – that it’s black and white. So it’s good to see the debate heating up, with media coverage, leaflets, and plenty on social media. It seems to uniquely cut across political lines, ethnicity, gender, age, and everything else. Personally, I have at last started to properly look into it all – and whilst it’s complex, it’s not impossible. Here’s a mash-up of my jumbled thoughts…

We definitely need to scrutinise the way different campaigners are using statistics and figures. For instance, the Remainers point to 3m jobs and half our exports being linked to the EU – but would those really all vanish post-Brexit? No. Then the Leavers point to the UK’s alleged £350m per week payment to the EU. But once you deduct direct cash benefits we get back, that shrinks to £160m per week, ie £128 per person per year. Still a hell of a lot of money (!) – but then non-EU members Norway pay £108 per person per year, and Switzerland £53, just to maintain trade relations with the EU. We’d have to pay likewise. So maybe we’d make a small saving – but sorry, nothing near the £350m headline figure.

Also, does the EU dictate UK laws, or not? Farage said the EU makes 75% of our laws; Nick Clegg said 7%; the truth is probably somewhere in-between. Research suggests that 24% of UK law since 1993 (and actually, 40% since 2011) has some EU link. That’s a lot – but then there are big laws, and tiny laws; and sometimes the EU element will be just a single clause in a 100-page document.

More generally, it’s right to question the zeal of government – like the EU – to be forever making laws. But then I also sense the EU deserves some credit for pushing certain strands of legislation: around health and safety legislation (eg the numbers of deaths in the building trade has plummeted in the past generation); the environment (eg cleaner beaches); and workers rights (eg maternity leave). Indeed, I’m suspicious of those leaders of industry who want to cut all this pesky ‘red tape’. Also, would we wriggle out from the shackles of bureaucracy post-Brexit? I doubt it: we live in a bureaucratic world.
Those are just two themes – and don’t take my word for it: on these and other issues, do your own research! There’s a wealth of material online, from every angle – or join our public debates on 1st and 10th June. But then maybe, if you’re anything like me, you’ll be left with more questions than answers…

Whilst full ‘sovereignty’ is an illusion in our inter-connected world, what’s an appropriate level of independence? Indeed, the onwards rush to a globalised market and political system isn’t working great. There’s growing inequality. A rigged and out-of-control financial system. Incredible environmental destruction. Growing levels of migration. On that, I’m someone with many friends who are new to the UK, who believes in maximising free movement, but I still wonder: is there a limit? Migration undoubtedly creates challenges, be it through pressure on infrastructure, or pushing down the wages of working people. The rise of divisive and authoritarian politicians is a logical response to all this.

To tackle these issues, of course we need to cooperate. But is a singular multinational government like the EU the best or only way to achieve that? If a vote to Remain ‘keeps the show on the road’, is it a good show? Or do we need to try to put the brakes on? Would Brexit be a fruitful way to make that point – or make us even more vulnerable? Also, a vote to Leave is certainly more of a gamble than to Remain – but is gambling always bad? I’m an optimist, but the world’s in a mess, so do we need to gamble?
I remain undecided, for now. But I’m enjoying this uniquely huge public debate, so let’s keep talking, questioning, and – whatever happens on the 23rd – working for the local good. That much we can all do.