The Cricket season may not start until April, but it’s a year round sport at Hunslet Nelson Cricket Club.

The club play in the Bradford Premier League (Championship A) and the secret of their success lies in their coaching. Working with youngsters from 5 upwards – they run u9, u11, u13, u15 and u17 teams as well as three senior teams – they have produced over 30 cricketers that have played for Yorkshire over the last ten years. 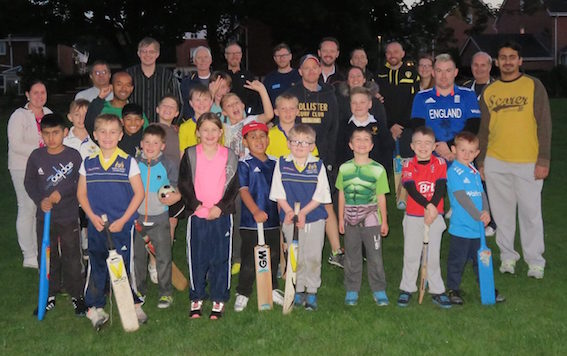 The club can trace its roots back to 1810 when it was known as The Albion. As Hunslet Nelson it played for many years on Low Road, Hunslet – there’s a McDonalds on the site now. In those days there were 32 cricket clubs in South Leeds, but Hunslet Nelson is last one remaining.

They have been based at their current home on Gipsy Lane in Beeston since 2000 and have been gradually improving the ground and its facilities. In the autumn they will be levelling the outfield and the next project is to build a new clubhouse to replace the ‘temporary’ buildings they currently use.

Although cricket can be an expensive sport, the club has plenty of kit to lend to new players, so you can find out if you like it before having to spend too much!

Indoor training takes place across the road from their ground at Cockburn School. Sessions run on Mondays and Fridays between 6-8pm.

For more information call Brian on 07795 061182 or email: secretary@hunsletnelsoncc.co.uk.

Like all community sport clubs, Hunslet Nelson rely on volunteers and fundraising to keep going from one season to the next. The committee are very keen welcome new volunteers, but most of all they want to welcome new young players, both boys and girls.
South Leeds Life will be following Hunslet Nelson through the 2016 season and are looking for someone to write match reports. If you are interested please get in touch via info@southleedslife.com. Training can be provided.

One Reply to “Cricket club is batting above its average”