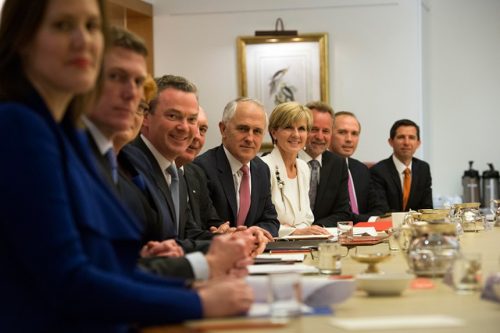 UPDATED at 12:00pm: Please check the date on this article …

We hope you enjoyed our April Fool story, but the serious message is: make sure you use your vote on 3 May.

With just over one month until the local elections on Thursday 3 May 2018, a senior executive for Leeds City Council has blasted south Leeds for its low turn-out in elections, and threatened to cancel future local elections unless the communities here “pull their bloody socks up”.

The council wards of south Leeds have long had amongst the lowest turn-out in elections in Leeds. In the last local elections in 2016, City and Hunslet (now renamed Hunslet and Riverside) had a 25.9% turnout, Beeston and Holbeck 28.3%, and Middleton Park 25.3%. And it seems Robin Yew – Senior Executive for Electoral Services and Corporate Partnerships – has had enough.

At a closed committee meeting with councillors this last week, Mr Yew was recording saying:

“South Leeds communities clearly don’t value democracy – so I’m minded to make this year their last local election, and impose some form of direct rule – unless they pull their bloody socks up, and get out and vote. The Council and our corporate partners could manage perfectly well without elected councillors – and save money to boot. No-one can argue with that. If it works, we’ll roll it out across the city.”

Mr Yew went on to point out that he lives in Adel and Wharfedale, where they had an eye-watering 45.5% turnout in the 2016 local election. He added: “We love democracy, we’ve earnt it, but I’m not sure the people of south Leeds give a monkeys”.

His proposals would see any councillors who win seats in this year’s election serving their 1-3 year terms as normal, but then any further elections being cancelled, and no further councillors being elected from that point onwards. We understand that General Elections (for Parliament) would not be affected by the proposals.

But an outraged councillor – who wished to remain anonymous – secretly recorded Mr Yew’s outblast on their phone, and sent it to us.

Mark Mywards, one of the new ‘Free Millshaw’ independent candidates running in this year’s elections, commented:

“We literally died to get the vote – so we might win the thankless honour of making sure bins get emptied, tackling dog fouling, sitting on committees that no-one’s heard of, and much more besides. So they’re not going to take that right off us now, not ever. We implore the good people of south Leeds to get out and vote, to prove Mr Yew and all those other bureaucrats wrong, to make democracy great again in south Leeds.”

South Leeds Life were out gauging the public mood at one of the south Leeds shopping centres yesterday, and responses included the following…

Tahena, 28: “This is terrible. I love local elections – they’re what gets me through the bleak winter months each year. Can we have a vote to see if this is actually what people want or not?”

Bob, 62: “Typical Council idiots. I’m personally not planning on voting, but I like the idea of it, so what right have they to tell me I can’t?”

Samantha, 41: “I always vote for the same party, always have done, and I think I’ve the right to keep doing so forever. This upsets me, a lot.”

This idea – and it is only a proposal at this stage – is an attack on our democracy and must not be allowed to happen. There are many reasons why people in South Leeds might feel disenfranchised, overlooked when decisions are made, forgotten about when the health and wealth are shared out in this city. But we still have the vote and we must use it to elect people who will fight our corner in the Council chamber. We believe it makes a real difference in and for our communities. South Leeds Life does not support any political party, but we do support democracy. Whoever you support, please make sure that you’re on the register, and go out and vote on Thursday 3 May. Let’s prove this bureaucrat wrong by recording our highest-ever turnout this year.

The Leeds City Council local elections are on Thursday 3 May 2018 – to vote in our local councillors to represent us on the city council. This year’s vote is an ‘all-out’ election, meaning all three council seats in each ward (area) are up for grabs, and everyone gets three votes to cast as they wish. If you’re not already registered to vote, the deadline to do so is Tuesday 17 April – click here to do so. South Leeds Life will be publishing details of all the candidates before the election – watch this space.