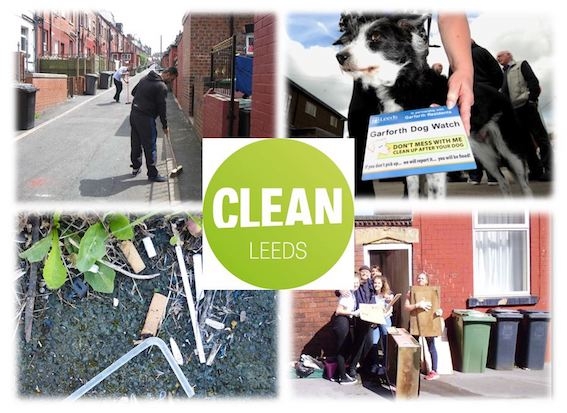 On Thursday 23 February 2017, Leeds City Council will host an event where people across the city can come together to share ideas, seek mutual support and plan activities rooted in communities and neighbourhoods. Whether you’re already active, have an interest or have some great ideas, we want to meet up!

Ahead of Leeds’ first community gathering to discuss how we can tackle litter, I interviewed Cllr Lucinda Yeadon, Executive Member for Environment & Sustainability, for South Leeds Life. I started by asking about why the event was being organised.

“From my own ward, Kirkstall, I know how much fantastic community activism there is around clean ups. This was shown in the aftermath of the floods last year, but before that too. I thought if this is what’s happening on my patch, what’s happening in other parts of the city? How do we celebrate that activity and how do we share that information and knowledge?

“So that’s where the idea of having a big community-focussed event around Clean Leeds and cleaning up the city came from.”

Different things work in different areas and Cllr Yeadon does not want to force one solution, but prefers to work with groups to help them develop strategies that work for them. Although its not just about community clean ups, she is obviously very enthusiastic about such events.

“I’ve been involved in clean ups for years and to be honest it’s loads of fun! It’s not just about cleaning up its about strengthening the spirit of community, it’s a chance to meet people you wouldn’t otherwise meet, it’s very sociable.”

She also supports campaigns like ‘One Piece of Rubbish’, which South Leeds Life highlighted back in May 2016. The idea is that if we all picked up one piece of litter, the problem would be solved. By recording it on social media it can build up a head of steam, changing attitudes and encouraging more and more people to do likewise.

“Social media is a very powerful tool. Sometimes things take a while to find traction, but its always helpful to find a new, maybe quirky, angle to highlight the issue.”

In terms of enforcement Cllr Yeadon prefers carrot to stick, but “it’s important for people to know there are consequences to their actions.”

Cllr Yeadon tells me about the letters she gets from school children and some pilot work done with primary schools campaigning about dog fouling.

“Children and young people do care about the environment and it can be useful to get to them to put pressure on their parents and other adults to not litter, or to pick up after their dog. It’s not acceptable to smoke indoors, its not acceptable not to wear a seatbelt, we have get that peer pressure working around litter.”

She’s aware that many people won’t be able to get to daytime meeting, but promises that this is just the first and future events will be held in the evening.

The event is being held in the run up to Keep Britain Tidy’s March GB Spring Clean campaign to get half a million people out and about cleaning up their local communities.

South Leeds Life will be attending the meeting on 23 February and we will report back any fresh ideas for groups to try here.