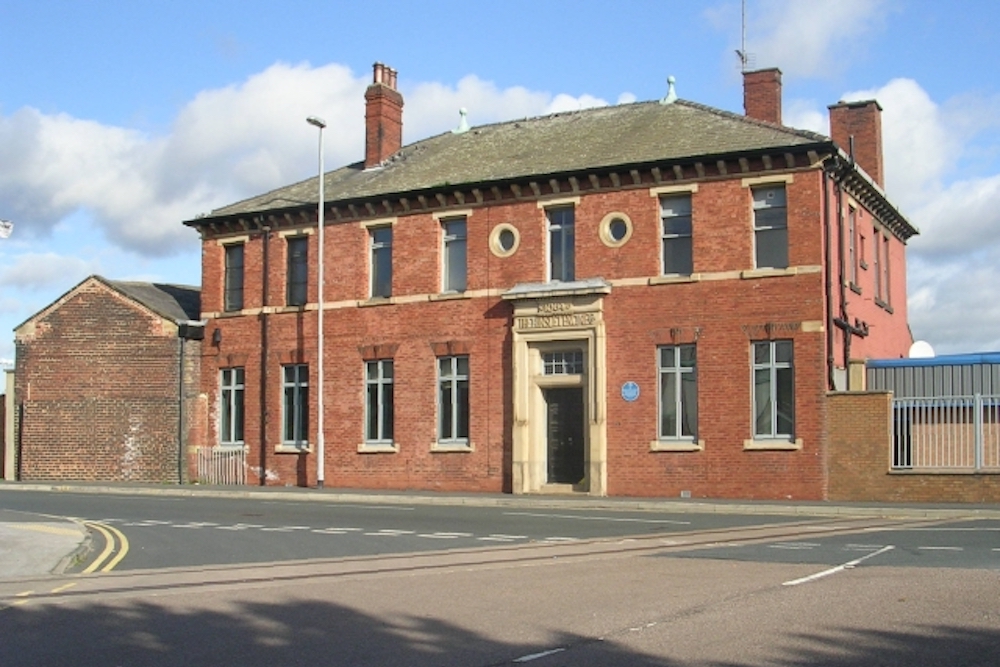 For many years my Father worked at Hunslet Engine Company on Jack Lane which built small steam engines for industrial use.

“Shunting engines” my Dad called them, as they were used to move heavy loads and equipment around work sites. The company were producing two engines per week which not only were used in the UK, but also were exported all over the world. Hunslet Engine Company successfully traded until 1995 but became a victim of its own success as sadly it resulted in a buy-out.

Hunslet Engine Company had Christmas parties for the children of its 550 workforce held in its canteen. How the company managed to provide all the delightful food treats during post-war rationing and post-rationing food shortages is a mystery to me except that it must have had a very canny canteen manager! There were cakes and jellies, and tinned salmon sandwiches which we children only saw once a week on Sundays if we were lucky! We played games and usually had a film show – again a treat in pre-television days.

In those days in England workers had only two days holiday – Christmas Day and Boxing Day (in Scotland Christmas Day and New Year`s Day) unless Christmas Day or Boxing Day fell on either a Tuesday or a Thursday when an extra holiday was added to incorporate the weekend, (unpaid I may say!). I remember a particular Christmas when this “extended” holiday occurred.

In common with many engineering firms, Hunslet Engine Company had a works cat. Father came home and said to my mother that he was concerned that there would be no one to feed the cat. Mother said that we could take him in for the Christmas break. Dad brought him home in a sack on the tram. There were no fancy cat-carriers then! He took to us straightaway and after a few sessions of stroking he was purring his head off.

My younger sister and I adored him and after Christmas we would not let him go back to Hunslet Engine Company. The men played Hamlet asking, “Where is our cat?” The cat loved human company and the men were used to him jumping up on to their benches or on top of the engines they were building watching what they were doing. At home, if the family were out with the cat in our back garden and moved around to the front, it was not long before the cat poked his head around the corner to see what we were doing and to join us.

We had the cat Fuska (a good Yorkshire cat name) for ten years before he died and I am still sad although have fond memories when I remember him now.

During our wretched Covid pandemic, many people have come to rely on the company of pets, particularly dogs and cats. They have a calming influence when one is anxious. I doubt that there are many companies now which allow animals to be brought into the workplace, or even have their own cat, but I wonder if they are not missing a trick in that a happy and relaxed workforce is more productive and loyal?