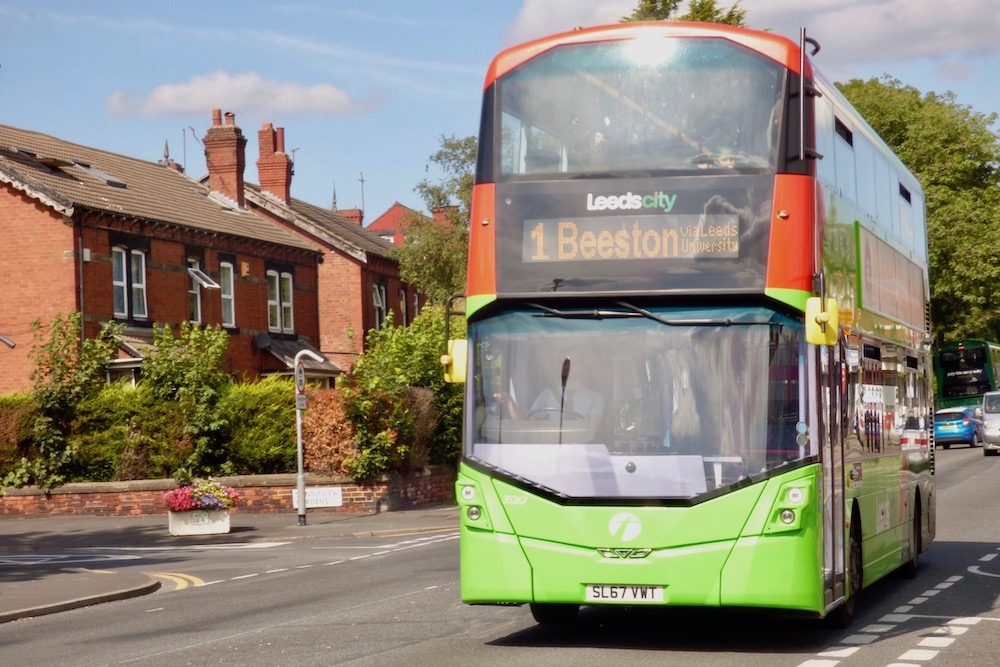 As we previously reported, The Headrow is expected to be open again in both directions from Sunday 4 October 2020. This means that the temporary bus stops on Calverley Street, Great George Street and Merrion Street will be taken out of use and later removed.

Bus services will return to bus stops on The Headrow and Albion Street.  There are also a number of other bus services changes on the same date, 4 October 2020 unless otherwise stated, which are summarised below.

Cross-city running will be resumed between Beeston and Lawnswood School. Frequency will be increased from every 10/12 minutes to every 7/8 minutes on Monday to Saturday daytimes. Between Lawnswood School and Holt Park the route will be served by new service 8.

This service will be withdrawn as service 1 will resume running to Beeston.

This service will be revised to run between Leeds Bus Station and Adel. It will no longer serve Leeds Dock, which will be served by new route 29.

A revised route and timetable was introduced from 6 September. The former 48 route will be served by new service 46, running between Leeds and White Rose Centre and no longer running through from Wigton Moor (which will continue to be served by service 48). The two services will form a combined half-hourly service over the common sections of route between Leeds and White Rose Centre. The school journey to Woodkirk School will be renumbered 47A.

A revised timetable will be introduced to improve punctuality.

A revised timetable will be introduced to improve punctuality.

Full timetable information will be available from the Metro website: www.wymetro.com/buses/bus-timetables