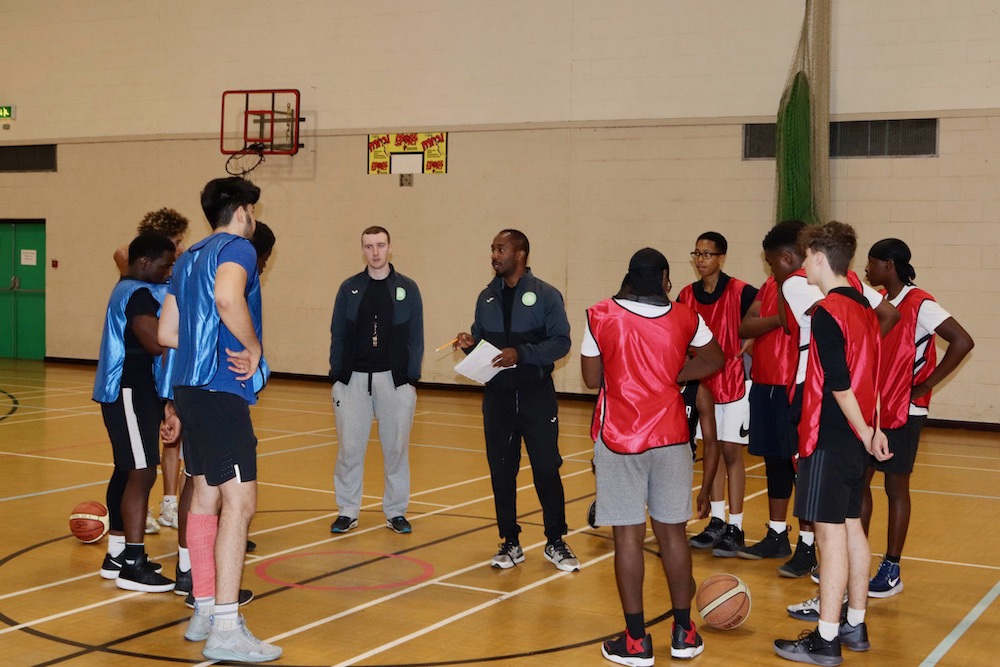 A lot can change in a year. In 2019, Loran Lewis founded Let’s Do More CIC when he was a sports officer at Leeds City College. Little did he know that his personal project would lead to something far bigger than he had ever imagined.

One year on, Leeds LDM finished second in its first season in the Junior National Basketball League – a competition it entered a year ahead of schedule.

After uniting Chapeltown’s Mandela Jrs and the Beeston Ballers, Leeds LDM has expanded its sessions to Seacroft and is aiming to climb the divisions by applying for a place in the National League Conference next season.

“It’s grown a lot. I never had any intention of having a basketball club,” Mr Lewis reflects. “It was supposed to be sessions where kids could play, have games now and then and have a team in the National League.

“We’ve got such a demand and talent that I haven’t got a choice but to put them in the league. It’s taking up most of my life now!”

The mission to use basketball as a vehicle for positive change is taking its next step. In partnership with the charity StreetGames and Active Leeds, his aim is to get 200 children involved in basketball and to distribute 200 free balls to local primary schools across Leeds.

He is also looking to organise basketball sessions in Cross Flatts Park during the summer holidays, despite the challenges of the coronavirus pandemic.

Sessions were originally held at Old Cockburn Sports Hall. Now that the club has moved to Cockburn School, Mr Lewis is planning to introduce memberships and to double prices from £1 to £2.

Under current guidelines, only five children are allowed to train with one coach and indoor basketball remains on hold.

“I don’t think it’s fair that restaurants, cinemas and bars can open but we can’t do indoor basketball. There’s so much social impact that indoor basketball and sports have that’s being neglected,” he says.

“The kids that we work with are some of the most vulnerable with regards to COVID, isolation, and family members getting ill, so we want to give them an outlet.”

They deliver their work in partnership with locally trusted organisations such as Leeds LDM, which has already distributed 10 basketballs and intends to continue throughout the summer.

“It’s all about kids getting involved in basketball,” Mr Lewis explains. “There wasn’t any basketball in South Leeds and limted basketball everywhere else.

“Once you give a kid a ball, they’re more likely to pick it up and start shooting, you don’t need coaching. If we can give that to 200 kids that wouldn’t otherwise have had a ball, we’re doing our job.

“If you can go towards the kids rather than the kids coming to you, it breaks down that barrier, especially for the parents. I’m trying to be a more of a community-oriented club.

New sessions in Cross Flatts Park are due to start during the summer holidays as part of the #LetsBall campaign. The target is to have 200 children in the 8-12 age range taking up basketball in collaboration with local primary schools. Leeds LDM has worked with the local police, Leeds City Council, Sport England, StreetGames and Yorkshire Sport to make this and other projects happen.

“People are seeing what we’re doing and realising basketball could be something here. People are giving us recognition,” Mr Lewis enthuses.

“LDM was initially an organisation to raise aspirations – it just so happens that I’m doing it through basketball now rather than through mentoring.”

With the coronavirus pandemic preventing indoor training and large gatherings, Mr Lewis has adapted by using Instagram to share lessons and tips.

“We can’t hit the numbers we want. But that’s why we’re trying to do outreach work and go to the kids.

“This is why I want to get something at Cross Flatts Park,” he continues.

“There’s two huge basketball courts, but it’s being wasted. We’re going to be doing a lot of work over the summer and trying to utilise the space.”

Mr Lewis has ambitions to widen access to basketball – particularly to girls and younger age groups – as well as to recruit more volunteers and maintain the standard of the U16 team.

“I want to get a girls’ team together. That’s something we haven’t done very well this year. We need to do better,” he admits.

Basketball’s relative lack of coverage and funding in the UK is compounded by the lack of female role models to inspire young women to play and coach, something Mr Lewis is keen to reverse.

But after the huge strides Leeds LDM has taken in the past 12 months – culminating in a 113-26 win over Barnsley Leaders in its final game of the season – there’s no telling how far the growth of basketball in Leeds could go.