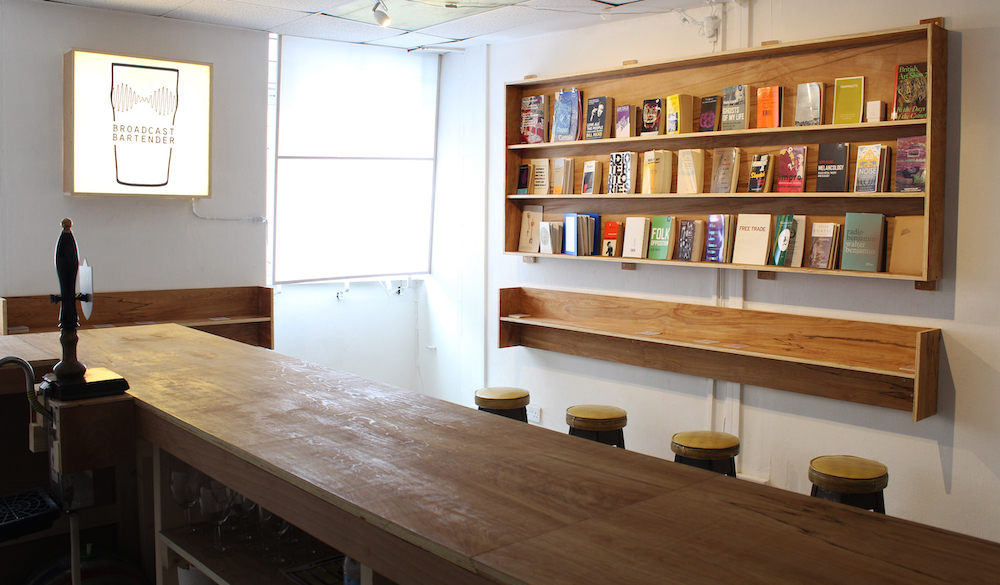 The re-opening of pubs is the latest example of our PM’s assurances that our ‘national hibernation’ is coming to an end and life will return to our streets. But, how quickly will we rush back to our pubs, and what will we find when we get there? Artist duo Andrew Wilson and Toby Lloyd investigate:

Do you miss going to the pub? We do.

What is it that we miss exactly? A warm and welcoming place where everybody knows your name? Or a cosy environment, away from home, away from work, where you can sit and be anonymous?

Lockdown has been a challenging and difficult form of social isolation for many people, especially those who live alone. Whilst increasingly inventive ways to protect ourselves against the psychological risks of isolation have flooded the internet, these options have not been available for all, and no-amount of zoom can substitute for ‘real’ human encounters.

Whilst pouring drinks at a Broadcast Bartender event we hosted, Councillor Angela Gabriel outlined the value of pubs as a tool to combat social isolation, asking:

“Where do you go? Do you go to the supermarket and hope someone will talk to you? No, we’ve got to say that there are spaces that you can go in and have a conversation.”

When pubs reopen we will have to remain ‘one meter plus’ away from each other, we may be asked to pre-book and check-in as we arrive (don’t forget your boarding pass!), which could mean supermarket-style queues, and table service instead of approaching the bar to order our drinks.

We may well be able to drink alcohol within a building we have known as a pub – but is this really what the pub experience is about?

With a history that traces back to the Roman Tavern and the Anglo-Saxon Ale House, the Public House is undeniably an establishment which has formed a large part of the British identity. But what a pub actually is, provokes precisely the sort of fierce, yet playful, conversation you’d expect to have in a pub.

In 1943 Anthropologist Tom Harrison said, “Unlike other social institutions where we might be considered watchers of political, religious, dramatic, cinematic, instructional or athletic spectacles, in the pub, once a man has bought, or been bought, his glass of beer he has entered an environment in which his is participator rather than spectator.”

“A pub with no people in it is just a mausoleum for yeast,” claims pub landlord, Bill Skehan, “It’s the people that you miss. It’s a big family … the staff, the neighbours, the people who drink here.”

Tim Martin’s J.D. Wetherspoons pub chain is extremely popular, in 2019 alone making a net income of £72.8million over its 900+ venues. But to both of us it feels more like going to the supermarket, as if ASDA has come to your fancy-dress party dressed as The Grove Inn. This is perhaps unsurprising given Martin’s unashamed affiliation with the Walmart business model, buying in bulk and pushing down prices to monopolise the market.

This attitude can also be seen in Martin’s response to the lockdown where he refused to pay his staff until government support arrived, whilst also advising them to get jobs at Tesco until it all blows over.

For what reasons do we decide to part with our money down the pub? Will the restrictions remove these elements, the joyful arguments, the laughs, the surprising interactions, which make the pub special?

What are we compromising when we can only move around via the one-way system, only interacting with the people we have arranged to meet in advance from a crowded private table in an otherwise empty building?

Under the new guidelines will it be any better than drinking at home or in the park?

Perhaps we could all become our own landlords, creating a pub from inside our own homes and inviting friends round instead? This is something we’ve done in the past, and we know from the experience that the pub you build is only as good as the people who are drinking in there with you. More often than not, these are not the people you already know.

But if we decide to stay at home, what will happen to the pubs? If they all go out of business, where will we go when the virus is no longer here? Will they all get turned into luxury flats? And will we ever be able to rebuild the culture between people that these buildings once held?

This post was written by Andrew Wilson and Toby Lloyd