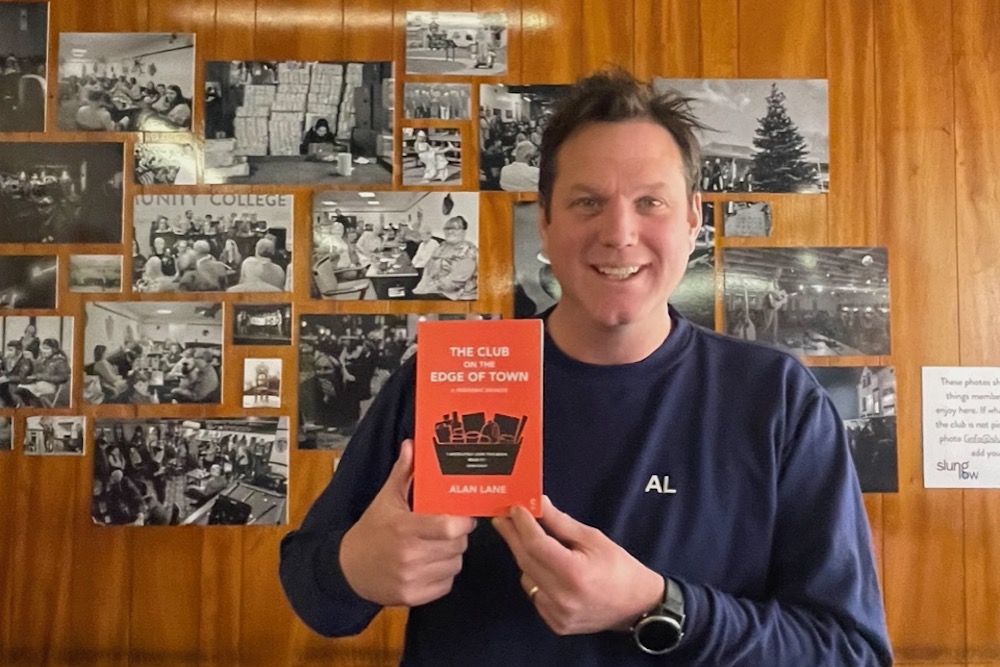 Alan Lane, the Artistic Director of Slung Low, has written a ‘Pandemic Memoir’ about the tumultuous year of 2020.

Slung Low started the year as a theatre company, albeit one that had recently done a deal with the oldest* working men’s club in the country to clear the club’s debts and take over management of The Holbeck in return for use of the club as a base and performance space. It ended the year as non means testing free foodbank supporting the families of Holbeck and beyond.

What could possibly go wrong?

The book weaves the story of running the club and the foodbank with illuminating chapters from Alan and Slung Low’s history. It starts with being denied a piano by the British Army because his dad was ‘only’ an NCO, an incident that clearly drove him towards making art accessible to everyone.

The book is full of great stories. Of course it is – it’s about Holbeck. Some of the stories are laugh out loud funny, some are tragically sad. All are told with wit. Alan paints a very recognisable picture of Holbeck and its residents. Sometimes impoverished, battered by events, funny, resilient, diverse, often down, but never out.

It’s a terrific read, at turns a thriller, as Slung Low takes on local bureaucracy on one side and club members on the other. It’s full of ‘small p’ philosophy, politics and most of all compassion.

This isn’t a book about individual heroes, although the feats achieved are heroic – 15,000 food parcels delivered in 12 months. It’s a book about leadership and mobilising networks and partnerships and it points to how difficult that can often be.

As Hilary Benn MP says in his foreward:

“I urge you to read this book; you will not be disappointed. On the contrary, you will be uplifted, amused, frustrated, informed and then uplifted again.”

The Club On The Edge Of Town is published by Salamander Street on 6 April at £12.99, or borrow it free from your local library.