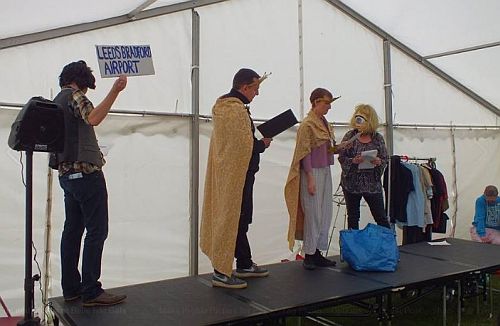 Writer Tony Gaughan and A Princess in Belle Isle gave its world premiere at the Belle Isle Summer Gala in July. 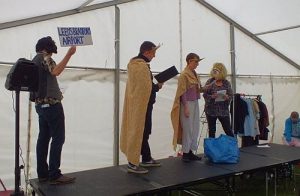 The group are currently working with the Belle Isle History Group and pupils from Windmill Primary School on a Christmas play set in 1940s Belle Isle and rehearsals are due to start at the beginning of November. Watch this space for information on when this play will be performed!

The group are looking for new members who are interested in supporting the aims of the group which are to promote the arts, particular playwriting and drama and to promote community cohesion in Belle Isle. We are looking for people with an interest in all things theatre – from playwriting, directing, and acting, costume design, set design – anything!

Looking forward to playing a small part in the play and working with the children.

If things sounds interesting but you want a quick chat before coming along on Wednesday 2 November 2016 you can contact James Major on 07712 104210 or email james.major@belleisletmo.co.uk