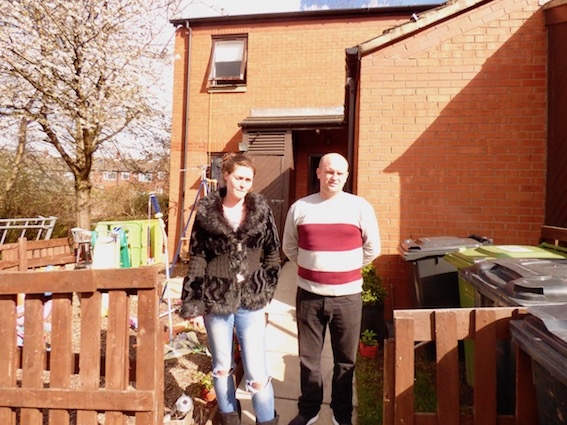 A group of tenants in Beeston have said they want to stay in their homes and are prepared to fight any attempt to evict them.

Following our report about the threat to tenants on Kirk Beston Close and Cross Heath Grove in Beeston, South Leeds Life has been talking to more tenants and to the new landlord PlaceFirst.

Lenard and Pearl McCormick have lived on the estate for four and a half years. Of Traveller heritage, this is their first house.

“We wanted to give our daughter the best possible start in life” explained Pearl. “She took a good few months to settle at Beeston Primary School, but she is happy there now. I don’t want to have to move her to a new school if we lose the house.”

Lenard, who suffers from post traumatic stress disorder following an attack by a dog, commented:

“It’s ironic, if I was living in a trailer on the street I’d have more rights.”

“Our old landlord may not have done repairs, but they never chucked us out” he added.

The McCormicks complain that staff from PlaceFirst have been unnecessarily rude on the phone and that a manager had been overheard to say “I’m getting rid of them” referring to  the McCormicks.

Like the McCormicks, Deborah Craven is getting legal advice about her situation. She commented:

“A lot of people on this estate are disabled or retired. It’s not our fault that the homes need improvements, but we are being asked to pay exorbitant rents that we just can’t afford.”

Robert Yates added: “The properties do need improvements. If they raised the rents £50-£75 per month that would be fair enough, but this is ridiculous.”

Martin Ellerby, Head of New Business and Innovation at PlaceFirst, explained  to South Leeds Life that the the 73 flats and houses would be “subject to a comprehensive internal and external refurbishment package” including double glazing, sound and heat insulation, new boilers and rewiring.

“I would stress however, that the estate suffers from a range of serious anti-social problems including properties being used for prostitution, reported incidents of suspected gun crime, and high prevalence of drug use. Tackling these is a matter of priority.

“All existing residents have been invited to apply for a new tenancy, and we are continuing to liaise with all of those affected by our plans.“

Tenants have asked for a meeting with PlaceFirst, but Mr Ellerby said:

“We have considered a group meeting with the current residents, however we have decided to liaise with residents individually as many face different issues that are specific to their own circumstances. We have tried to make contact with every resident and continue to do so.” 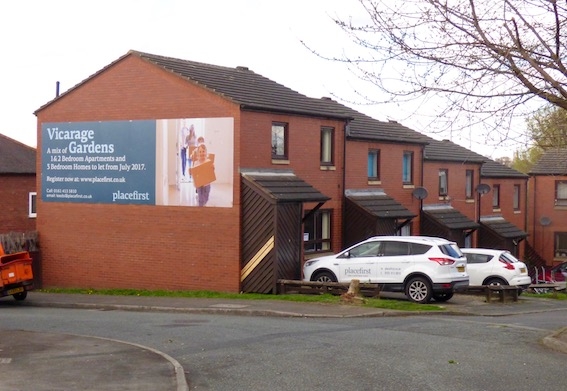