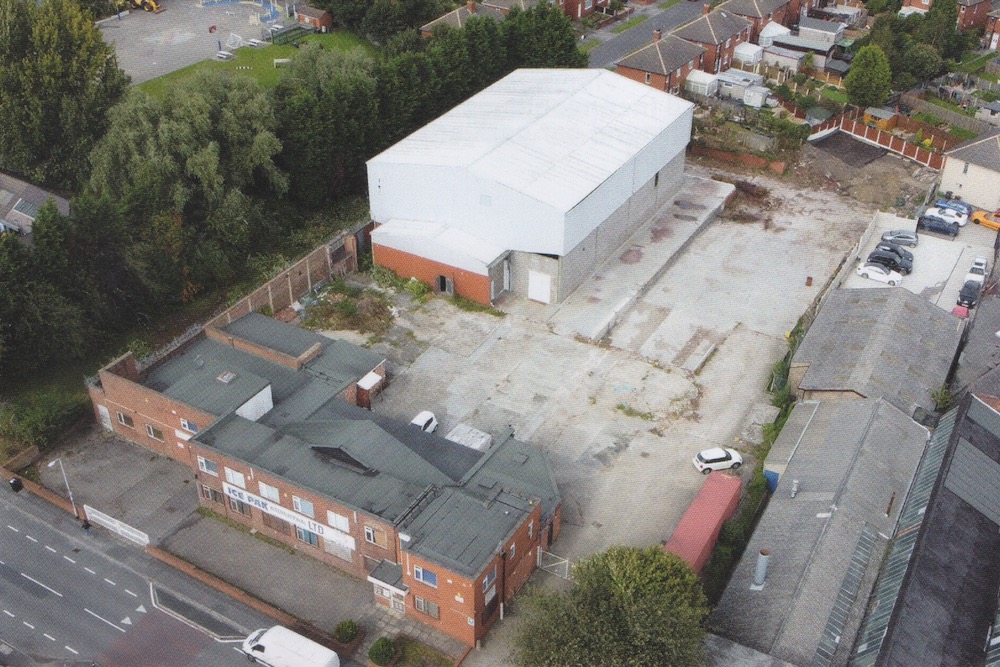 The planning application is now available to view on the Leeds Planning portal here. Comments in support or opposing the application can be submitted up until Friday 22 October 2021.

Aspiring Communities (AC), the Muslim led charity that owns the Ice Pak site on Barkly Road in Beeston, has announced that it is scaling back its plans for the site.

The charity won a long running planning battle for their controversial plans to develop a community centre on the former factory site. Planning permission was eventually granted by a Planning Inspector in June 2017 following a public enquiry, as we reported at the time.

The project they have permission for involves 3,000 m² of development including an underground car park. AC has now announced that they will not use the large white building at the rear of the site, but instead demolish it to make room for surface car parking. They will instead refurbish the existing buildings to the front of the site.

In a leaftlet issued to local residents, AC said they had reconsidered their plans “as a result of the Covid pandemic and constructive feedback over the years.” They went on:

“We are now planning to significantly reduce the size and scale of the proposed development … We will still be able to fulfil the original community needs with minimal disruption and inconvenience to the local community.”

South Leeds Life understands that AC’s new planning application has been submitted to Leeds City Council, but it has not yet appeared on the Council’s planning portal. 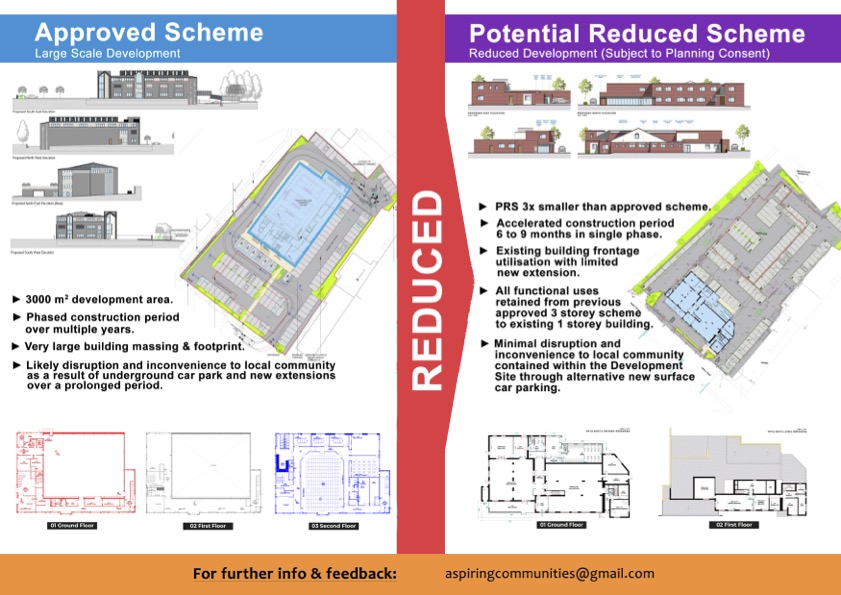