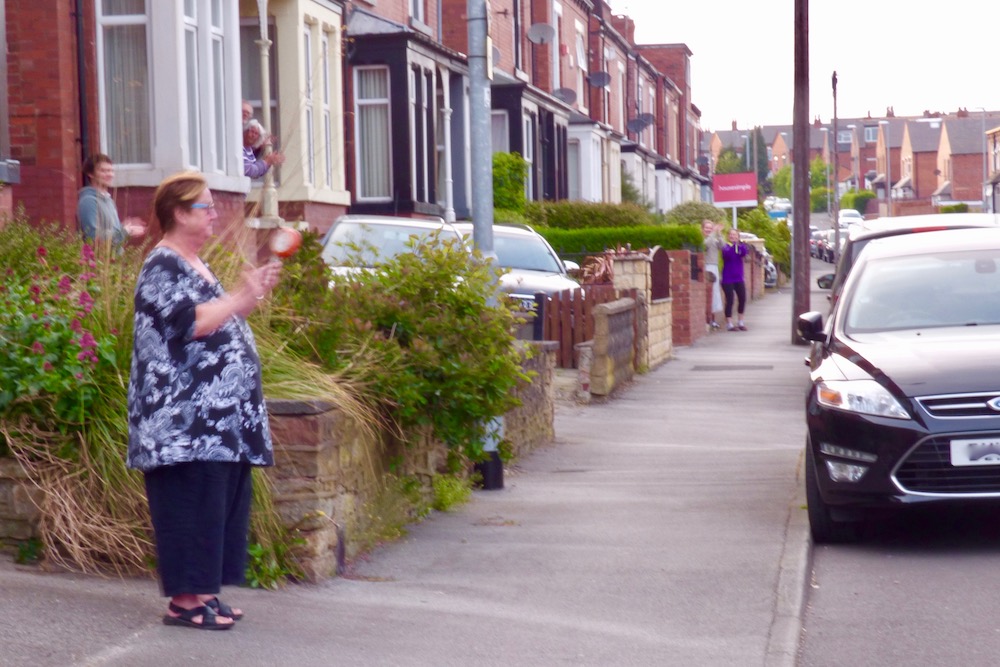 I haven’t been ‘clapping for our carers’ on a Thursday evening, there I said it.

Not because I don’t care but because I do, too much, the clapping is just too easy and there is too much that needs doing.
Social Care gets a mixture of being told its really expensive (largely because of care home fees) but it’s so much less expensive than health care. It finds it both difficult to carry on and make ends meet and can’t afford to give staff the terms and conditions of employment they deserve.

On one hand we are told what we do is ‘low skilled’ on the other hand to meet the breadth of people’s needs the training is frequent and many hold qualifications up to and including degree level. The values of staff like integrity, respect for others, compassion, collaboration and much more are vital.

Now the lockdown is starting to ease it’s time to say we badly need things to change, another round of austerity and cuts would be a betrayal. This needs to be a national change, if one thing has been clear it’s that the council have been really supportive across the crisis but their hands are tied.

Along with our voluntary board of trustees I lead a social care charity based in South Leeds and we have been out supporting people remotely, in the community and in their homes where really needed across the lockdown.
Although we are small and local we still deliver a good many thousands of hours of care for people each year, largely funded by the council.

As a charity no one takes ‘a profit’ out of the organisation. The last two months have been tough with our 50 staff working incredibly hard and facing difficult choices. We have been fortunate, no one has had serious and confirmed virus symptoms.
To make this happen though we have worked so hard sourcing increasingly expensive PPE and changing what we do to keep the members of our organisation as safe as we possibly can.

We also know there are lots of other social care organisations big and small in Leeds. That means well over 50,000 people working in care, so thousands and thousands of south Leeds residents doing what we do and more.

For some staff this has been including facing delivering close up personal care to those with coronavirus, just like those in the NHS. They have been going out each day to support the elderly or those with disabilities or struggling with their mental health.

Whether working in a care home or providing domiciliary care in people’s own homes staff, together with their managers, have been and still are working to do their best, sometimes being faced with difficult situations and choices. From difficulties with obtaining PPE to choosing how to best deliver care to avoid infection between different people. From supporting families facing bereavement to facing the risk of becoming infected themselves. So much has been done and faced.

So what are the changes social care staff in south Leeds and beyond need after all the clapping?

Yes all the PPE they need. Of course access to frequent tests is vital so they know they, their families, colleagues and the people they support are safe too. But the long term problems need facing up to as well.

Employers need to be able to be good employers, to recruit and keep the staff we all need them to have, and they just can’t afford to be. I know this from too much time staring at spreadsheets trying to get them to work in a social care charity where not for profit is a way of life.

From paying the full living wage not just the national living wage to offering salaries not zero hour contracts. If staff get sick, especially with the virus, it can’t be right to just pay SSP when thousands are on furlough on 80% of their wages and staff in the NHS can have months on full pay when ill. Not that these should be cut!

Then under employment where work is less than 30 hours per week can be a problem for employers and staff to deal with due to varying client demand and low margins in organisations. This causes staff to have multiple jobs and therefore increasing the risk of virus transfer. As a charity we manage to do what we can for a few of these but nowhere nearly all.

Now the newly growing concern of the moment in social care is the renewed talk of austerity and public sector pay freezes.

It’s time to ask who are we as a nation and of course, as a city too. Otherwise we are looking at maybe it’s time to update Kipling’s poem ‘Tommy’ yet again for social care in our times instead of war in the past.

That is unless the weekly clapping doesn’t really mean anything that is.

You talk o’ better food for us, an’ schools, an’ fires, an’ all:
We’ll wait for extry rations if you treat us rational.
Don’t mess about the cook-room slops, but prove it to our face
The Widow’s Uniform is not the soldier-man’s disgrace.
For it’s Tommy this, an’ Tommy that, an` Chuck him out, the brute! ”
But it’s ” Saviour of ‘is country ” when the guns begin to shoot;
An’ it’s Tommy this, an’ Tommy that, an’ anything you please;
An ‘Tommy ain’t a bloomin’ fool – you bet that Tommy sees!

This post was written by Tina Turnbull, Chief Executive of People Matters and who also holds a voluntary role as an Inclusive Growth Ambassador for Leeds City Council.