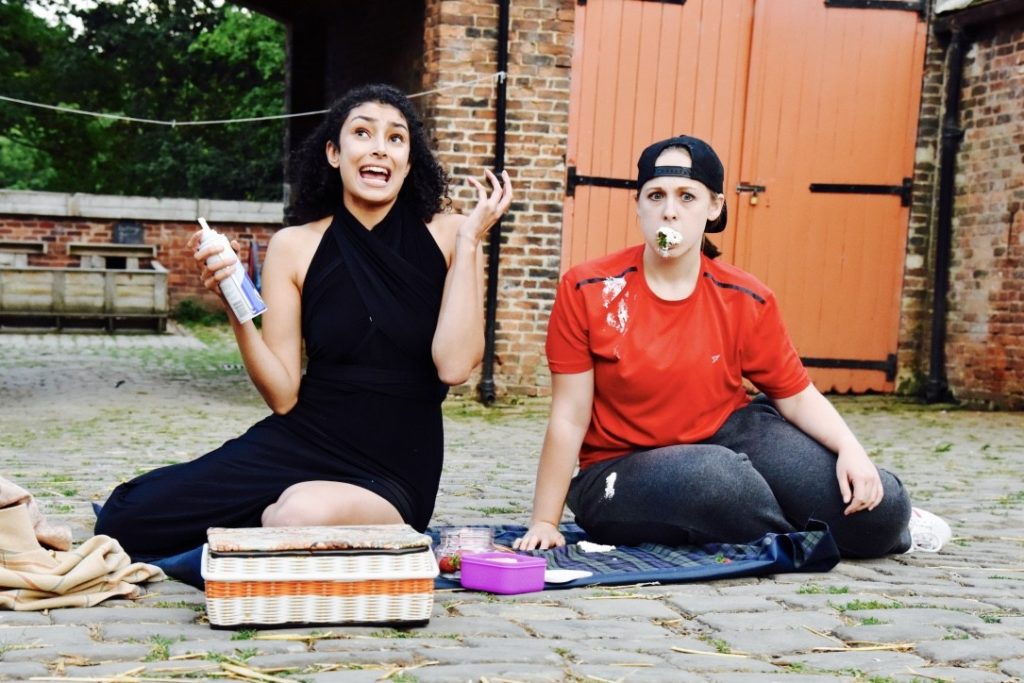 Parks in Leeds will prove all the world’s a stage when they host unique pop-up performances of Shakespeare’s classics thanks to a new project supported by Leeds Inspired.

Leeds theatre company Front Room Productions will give some of The Bard’s most beloved scenes a contemporary twist during the free, open air shows in Middleton Park, Reginald Park in Chapeltown, Bramley Park and Roundhay Park next summer.

The exciting performances have been made possible thanks to funding from Leeds Inspired, who provide grants for hundreds of grass roots arts projects making a difference in communities across Leeds.

Leeds-based Front Room’s producer Alice Barber said the hour-long performances, featuring live music, would be an opportunity to make Shakespeare more fun and accessible in an unconventional setting. She said:

“We describe it as Shakespeare’s best bits and we do it in a way that’s fun, a bit more modern, but still has at its core all of those same incredible stories and characters that have become such a wonderful part of our heritage.

“The themes of Shakespeare’s plays are timeless, but they can also be difficult to get your head round. By putting these performances on in a local park and bringing them a bit more into the 21st Century, alongside some familiar pop hits that fit the context of the scene, we can give people a new way to enjoy these fantastic works of literature in a much less formal environment.”

Front Room’s performances will include excerpts from A Midsummer Night’s Dream, Twelfth Night, Romeo and Juliet and Hamlet, with audiences also getting the chance to pick a random scene out of a hat for the cast to perform on the spot.

The company has previously performed at Leeds Kirkgate Market and Temple Newsam, where they will return later in 2020 for a full production of A Midsummer Night’s Dream.

“Some of the people who’ve watched our productions before have said it may not be the first time they’ve seen Shakespeare, but it’s the first time they’ve enjoyed it. It’s also brilliant that Leeds Inspired are enabling organisations like us to bring our ideas to life and give people in the city a chance to experience culture on their doorstep and in a completely different way.”

This isn’t the only Shakespeare being performed in Middleton Park. The Friends of Middleton Park will be bringing another Oddsocks’ family-friendly version of one of the Bard’s classic plays to the park in July, as they have done for the last decade.

Part of Leeds City Council, Leeds Inspired manages two grant schemes and have been supporting arts events and projects in Leeds since 2012. Based at Leeds Town Hall, the team have funded more than 500 projects across the city and worked with a range of audiences, artists and communities.

“Our ambition is for Leeds to be a city where everyone, no matter who they are or where they live, has the opportunity to experience culture and the arts in their community.

“Leeds Inspired does some incredible work helping groups to create a uniquely imaginative projects and events across Leeds which make a real, tangible difference to the lives of people living in our city.”

For more details about Leeds Inspired and the grants schemes, please visit: www.leedsinspired.co.uk/grants

Full details and dates will be announced online at www.frontroomproductions.co.uk. Visit the website or follow @FrontRoomProd for updates.