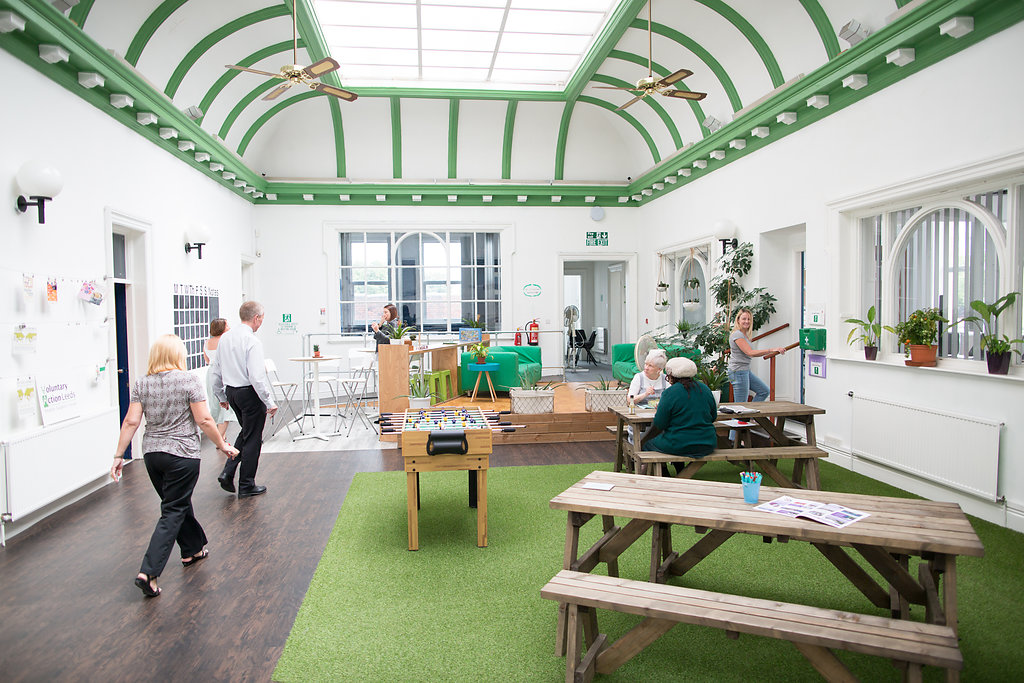 Now called ‘Stringer House,’ the building was originally built in 1913 by Scott Walker Ltd, as the offices for Leeds Steelworks. By this time the company had four blast furnaces, producing large amounts of steel each day, cementing Hunslet as a hive of industry in the early 20th century.

Unfortunately, the industry began to decline and by 1935 Leeds Steelworks had ceased trading. The building was then occupied by Eli Pearson, a demolition contractor until 1940. From 1941-1989 it was occupied by Overend & Co, non-ferrous wire drawers; the natural light in the atrium of the building lending itself to the meticulous nature of the work.

Voluntary Action Leeds purchased the building in 1992 and renamed it Stringer House, after a generous bequest from William Arthur Stringer.

The charity, which works with voluntary and community organisations across Leeds, recently began renovating the offices in order to provide an inspiring space for community groups and individuals. 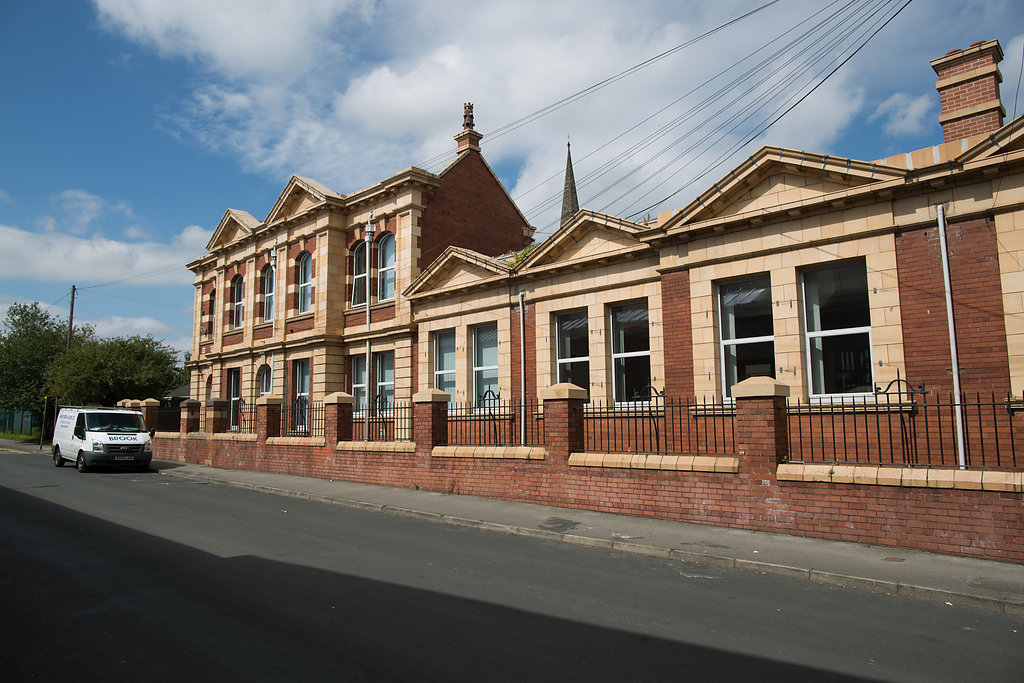 “Our vision was to create an open space which allowed people to gather informally. We wanted the building to feel inclusive and welcoming and be accessible for all.”

The central area still benefits from the large sky lights, installed by the original builders, which allows for an abundance natural light. However, Voluntary Action Leeds has also been able to capitalize on the feeling of space, by bringing “the outside in” and creating a green area with natural touches and relaxed seating. The space is easily adaptable for different purposes and the team have already hosted events ranging from managerial conferences to a community festival!

“This is our second time using this venue and again it has been great! The staff were extremely helpful, food was perfect and the space is very photogenic! We also really enjoy and appreciate the inclusive, friendly feel of VAL and feel this really brings an extra quality to our events here” , commented Media Trust

“An amazing venue, clean, bright and the staff are friendly and very helpful.” Vitae Services

As well as the four meeting rooms seating up to 28 people, Stringer House’s bright and creative atrium is also available to hire for private events on evenings and weekends.

“We want to create a space which is not only utilised by businesses and charities during the week, but also somewhere the community can host events ‘out of hours’ too. We hope this flexibility will work well for the people we support”, Richard added.

To book a room or enquire about a meeting, event or gathering contact Voluntary Action Leeds on (0113) 297 7920, or visit www.VALYOULeeds.co.uk for more information.