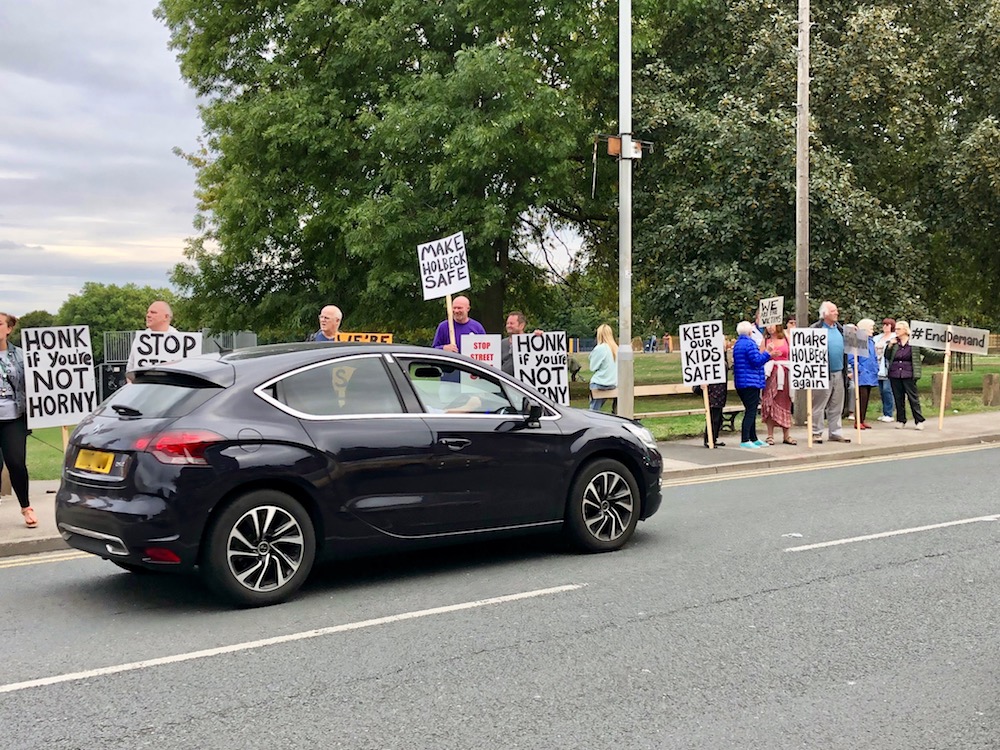 I was at the protest last night (4 September 2018) against Holbeck’s managed zone and the support from passers by was amazing to see, public opinion about the zone is clear to see.

I’m not a resident of Holbeck or Beeston whose residents are clearly the most affected, but I have fond memories of the place, working there at JTF in my late teens/ early twenties and later as a Youth Worker at Holbeck Youth Centre, so I suppose I needed to show solidarity with the locals.

Holbeck has always had prostitution and nobody is denying that. My drive home from work on an evening has proven things are getting worse when prostitutes are plying for trade knocking on your car window whilst you wait in traffic.

The zone has seemingly being ignored and the girls are working out of the zone on a regular basis and simply ignore the rules, ignoring the times and disrespecting people’s property by using gardens to have sex in, to leave their used condoms and drug related items about, even outside schools! Things need to change.

This zone isn’t managed, it’s simply unsustainable with all the cuts to public services and the Council have set this project up to fail, but refused to admit their responsibility and local councillors are simply sitting on the fence rather than have an opinion, something Councillors are doing more often nowadays in my opinion. It was great to see the mainstream media taking a keen interest too.

It was a pleasure to support friends and residents of Holbeck and Beeston and I hope more will join them again on Holbeck Moor, on Tuesday 18 September, 5pm-6pm.