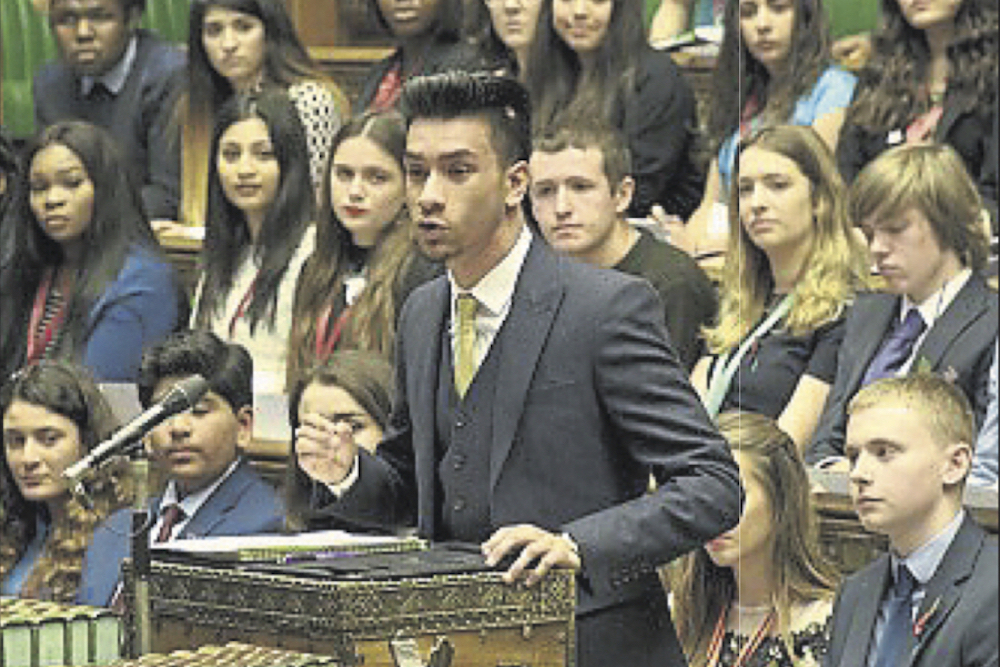 Want to help make the world a better place? Aged 11-18, or know people who are? This week will see young people from across Leeds applying to become the city’s representatives within the UK Youth Parliament. (Click here for full info on applying; the deadline is Friday 11 December 2015).

So, South Leeds Life spoke with Shamim Miah from Beeston – one of the current Leeds Members of the Youth Parliament (MYP) – to find out what it’s all about, and why other youngsters should consider applying this week.

Q: Tell us about yourself.

Q: What is the Youth Parliament, and what have you done?

The UK Youth Parliament is an organisation to which 11-18 year olds across the UK democratically elect their representatives annually. Members ensure that the voices of younger people – nationally, regionally and locally – are heard.  The Youth Parliament has annual debates in the House of Commons where the most important issues to the youth of the United Kingdom are established and discussed. This year, I had the honour of being elected as the lead speaker on behalf of Yorkshire and Humber, to put the motion forward for a campaign to Tackle Racism and Religious Discrimination in the UK.  Elected MYPs supported my enthusiasm and passion for this issue, and prioritised it to become one of their UK-wide campaigns.

Q: Why did you first apply to be an MYP, and what have you learnt?

I first heard about UKYP when an ex-MYP for Yorkshire and Humber shared her experience at my college during an assembly. I was inspired by her motivation for there to be national change on issues that affected the youth, including me, and also by the opportunities she had enjoyed that could not be found elsewhere.

Additionally, my family has played a prominent role in influencing me to produce a positive change in the community of Beeston. I’ve grown to learn that gender, age, ethnicity and other differences matter very little when everyone shares a common motivation for change. Making a difference to just one person’s life at the start is always a good place to begin!

Q: What would you say to others applying to becoming a Member of the Youth Parliament?

The UKYP is a platform that allows young people to put forward their opinions, views and interests on anything they’re passionate about. This is what makes applying so worthwhile. You will be giving yourself the chance to be a part of a forum that takes pride in listening to voices that would otherwise be ignored on issues that really matter to you and your constituency. I say: go for it, because you have nothing to lose – and good luck!

Applications to represent Leeds at the UKYP between 2016-18 are due by Friday 11 December 2015. For full info, click here.

Photo: Shamim in action during a debate in the House of Commons (Jessica Taylor)