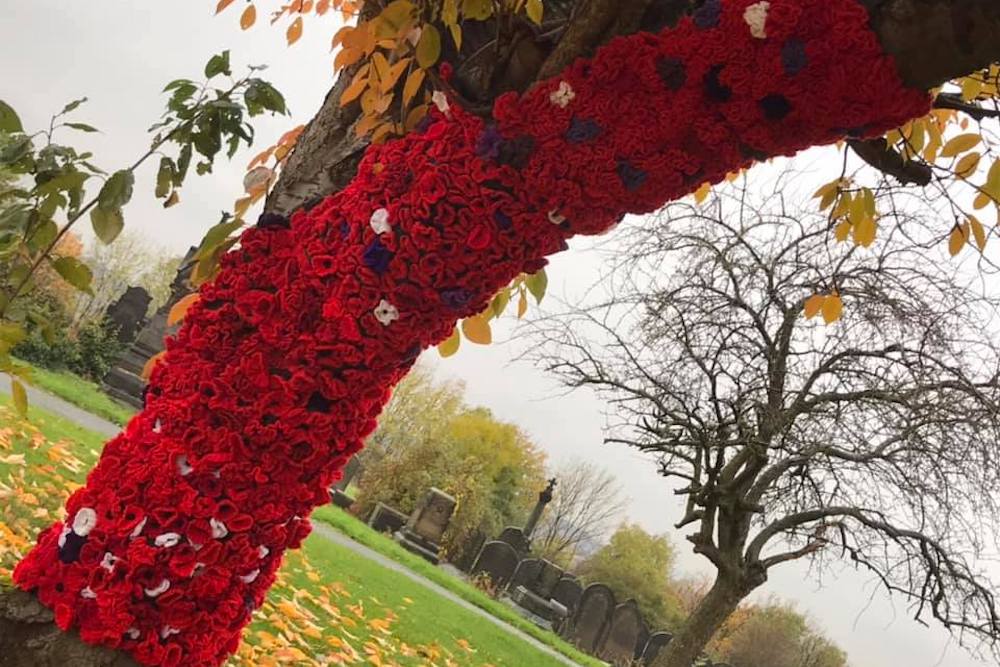 I used to have problems with Remembrance Sunday, thinking it was glorifying war.

When I was a teenager/young adult in the 80s there was a lot of fear of nuclear weapons and as a member of the Campaign for Nuclear Disarmament I went on a few marches – I still have the badges somewhere. Thank God that threat seems to have lifted a bit. And the Falklands War and the reaction of some politicians and newspapers celebrating the deaths of Argentinians soldiers and sailors didn’t help.

But over the years I’ve learnt to think differently about Remembrance Sunday. People I’ve met along the way, including old soldiers, have helped with that.

I remember Harry. Over 20 years ago, when I was a vicar in Seacroft, Harry used to read the Kohima Epitaph on Remembrance Sunday.

He was a World War 2 veteran and as he spoke he’d be remembering those who’d fought alongside him and not returned. A good man, Harry. He didn’t talk about what he’d been through. But he remembered.

I’ve seen more of the work of the Armed Forces, their role in peace-keeping and some of the difficulties they face. And when I worked for Christian Aid (an international aid agency) I remember talking with soldiers about the importance of rebuilding communities to be stronger, safer, fairer. Of course they don’t always get it right (none of us do) but there is much good work that goes on that we don’t see.

And in members of the Armed Forces I see good qualities: commitment and loyalty, working together as a team, a practical approach and ‘can-do’ attitude, a doggedness to keep going even when things are tough and conditions worse than bad and you’re not sure you’re going to make it through, and being prepared to give your all.

And I’ve seen the effects of being in involved in conflict – mental and physical, and the effects on families too. Some of you will know far more about this than me, but suicide and homelessness amongst veterans are big issues.

As a country we’ve come to appreciate Remembrance Sunday much more in recent years, as have I. I now understand it’s not about glorifying was. When we read the names in our Book of Remembrance, it’s not that we’re forgetting dead soldiers elsewhere or other victims of war, it’s simply that they are from our community.

So I watch the Festival of Remembrance on TV and I see young and old come together to share the skills they’ve learnt, hear something of the stories and people, to share a moment of reflection and to commit ourselves to peace. And in church on Sunday mornings we have our Remembrance Service where I read the Kohima Epitaph and I hold back the tears and keep my voice steady.

But this Remembrance Sunday will be different. This dreadful virus means we can’t do all the things we usually do – no Parade Service with the laying of poppies on the altar at St. Mary’s, no going down to Holbeck Cemetery for the service led by St. Luke’s with the local Councillors. We’re not sure if we’ll be selling poppies in the Co-op in the week before.

But we can still remember. So this Remembrance Sunday I encourage you to stand on your doorstep at 11am on Sunday 8 November and keep the 2 minute silence. And here is the Kohima Epitaph for you to say:

“When you go home today tell them of us and say,
For your tomorrow we gave our today.”

This post was written by Rev Lindsey Pearson, Vicar of Beeston

One Reply to “What shall we do this Remembrance Sunday?”