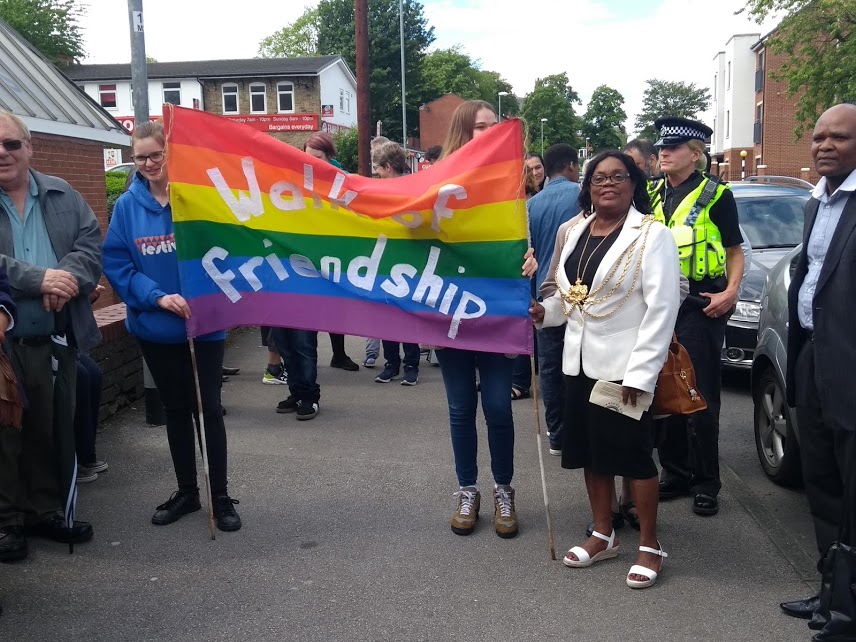 Beeston residents of different beliefs and backgrounds came together to promote unity by taking part in an afternoon of interfaith activities on Sunday (16 June 2019).

The Lord Mayor of Leeds, Cllr Eileen Taylor, began the event in the presence of local councillors and religious leaders and expressed her pride at the unity on display.

“The more we know of each other culturally the better it is to work together and appreciate each other more,” she said.

“We share, interact and make it easier for the younger generation to know they need to respect each faith and culture.

“As the Lord Mayor of Leeds, seeing all the different cultures and faiths here today makes me feel so proud.”

“Leeds is a diverse city and we shouldn’t be separated. We should be united and this is what today is saying.”

Participants were able to explore the history of Beeston Hill United Free Church and speak with volunteers before beginning the walk.

Minister Godfrey Nicholson said he was “very happy that bridges are being built in a world where there are so many divisions”. 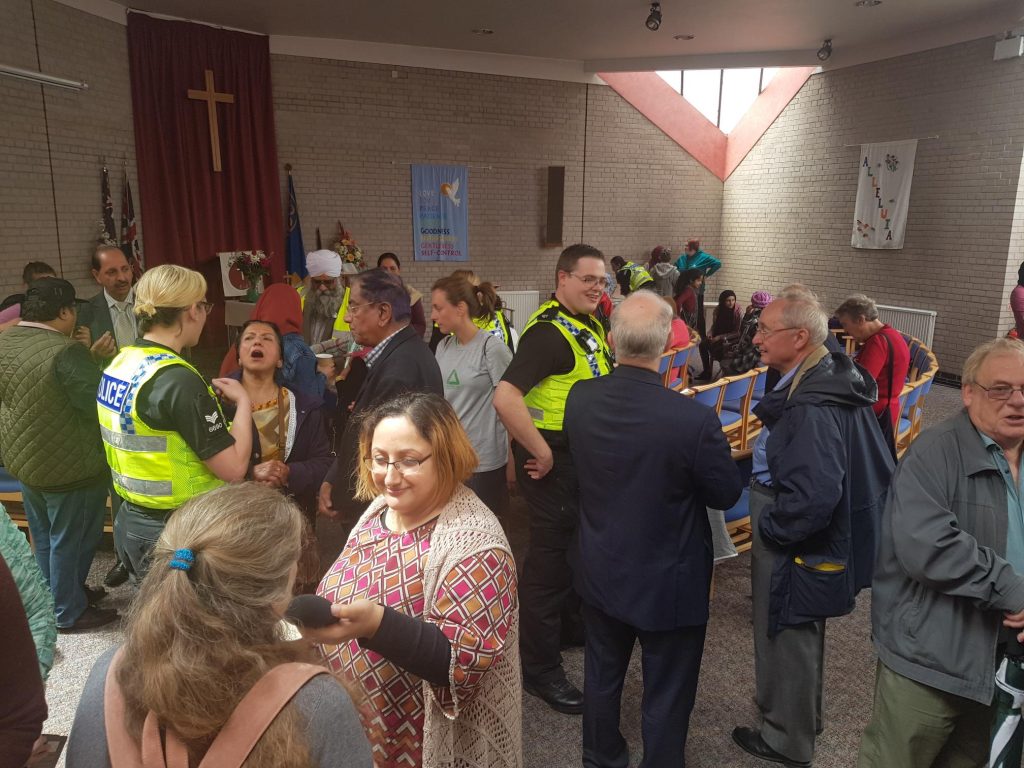 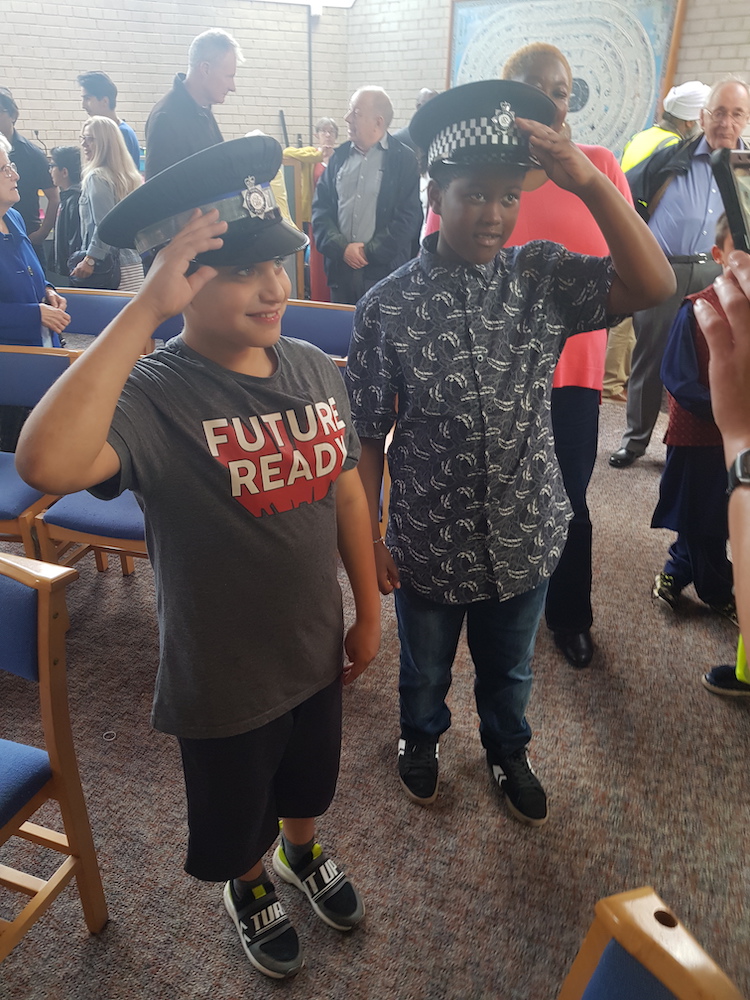 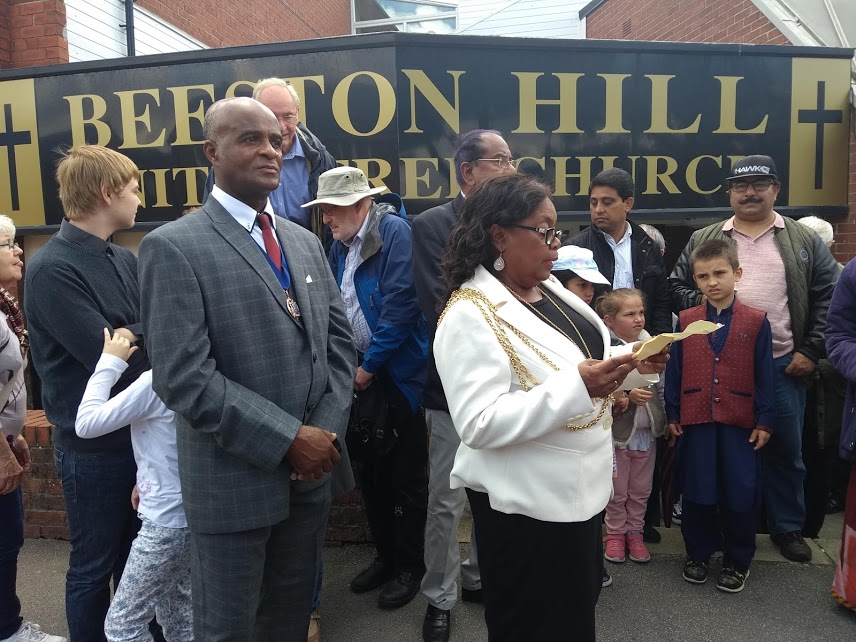 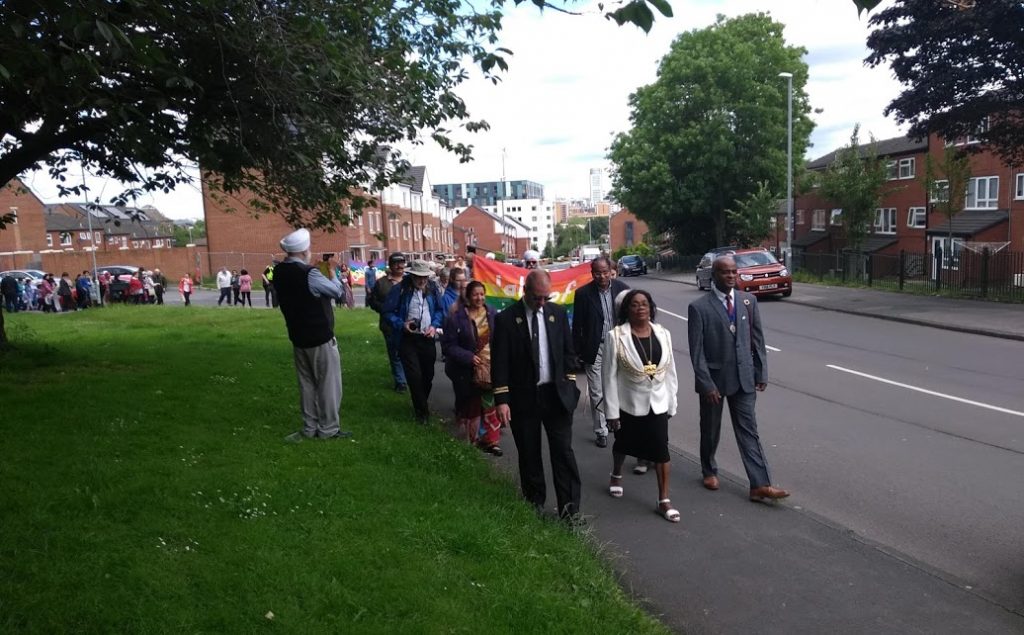 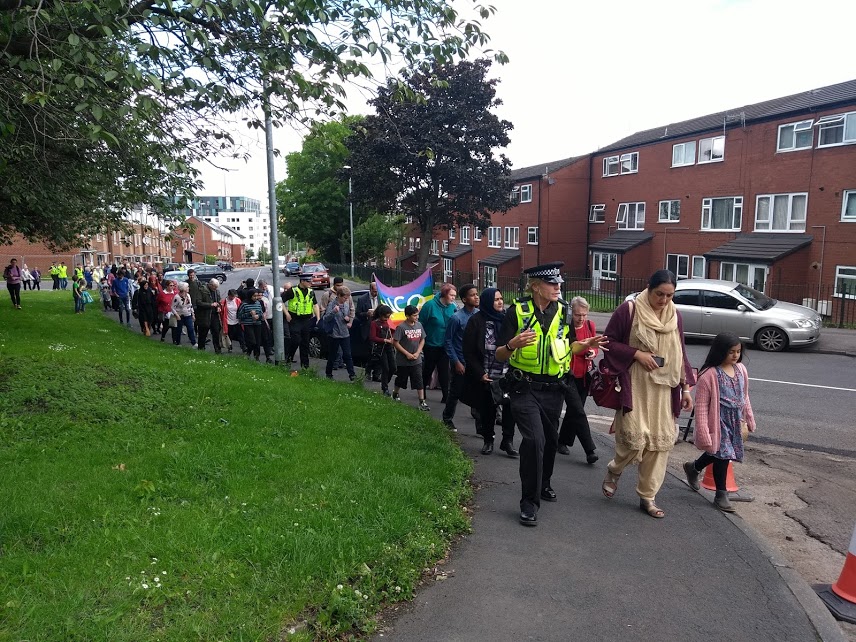 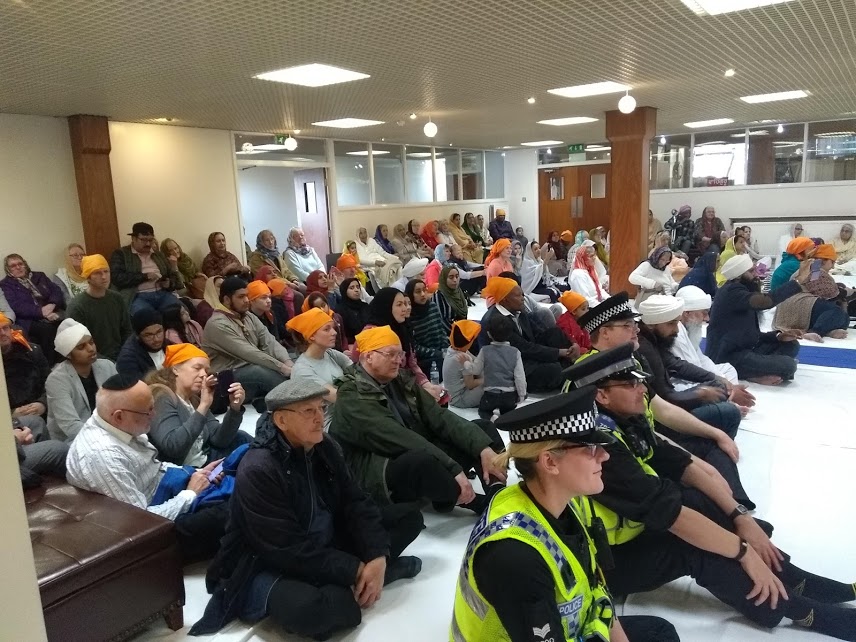 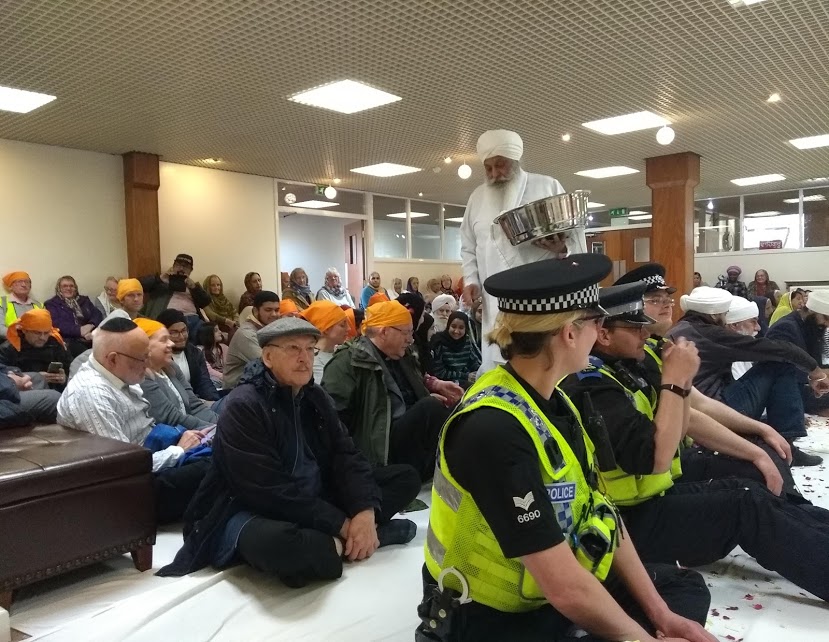 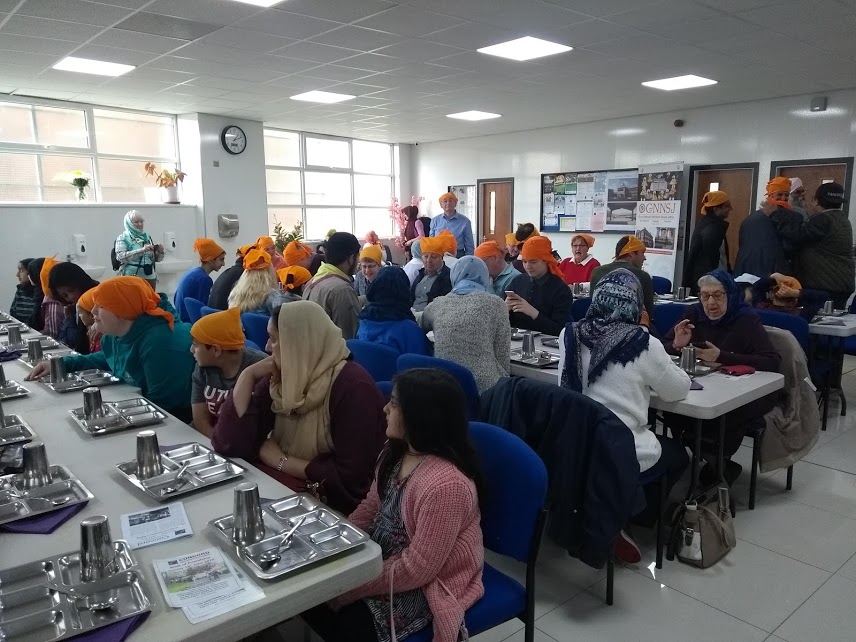 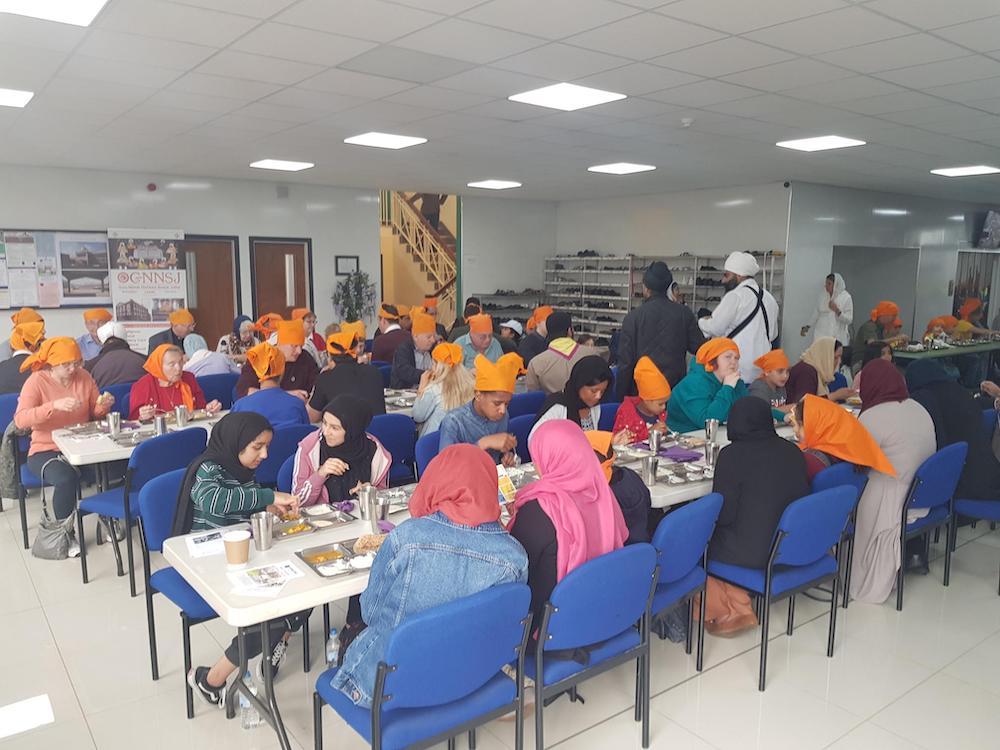 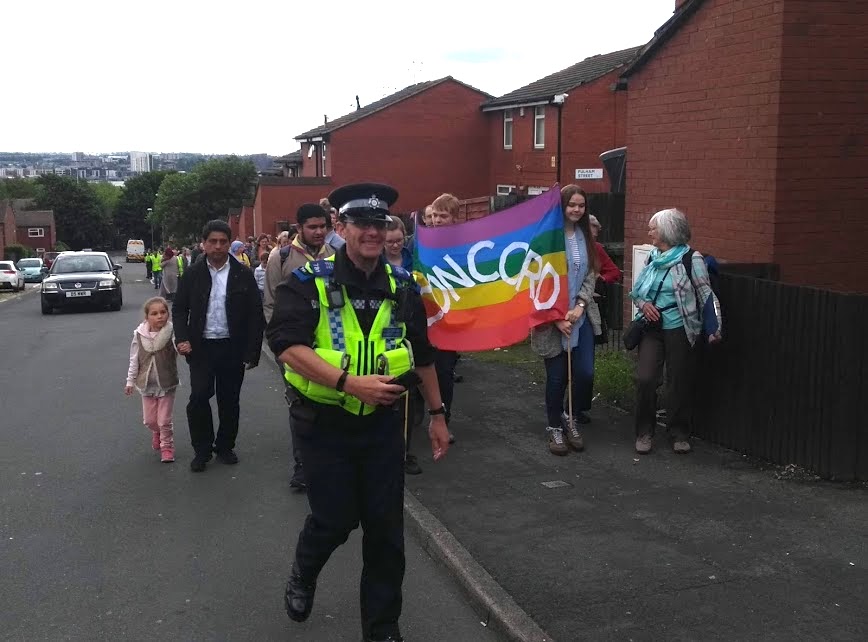 walk of friendship Walk up the hill 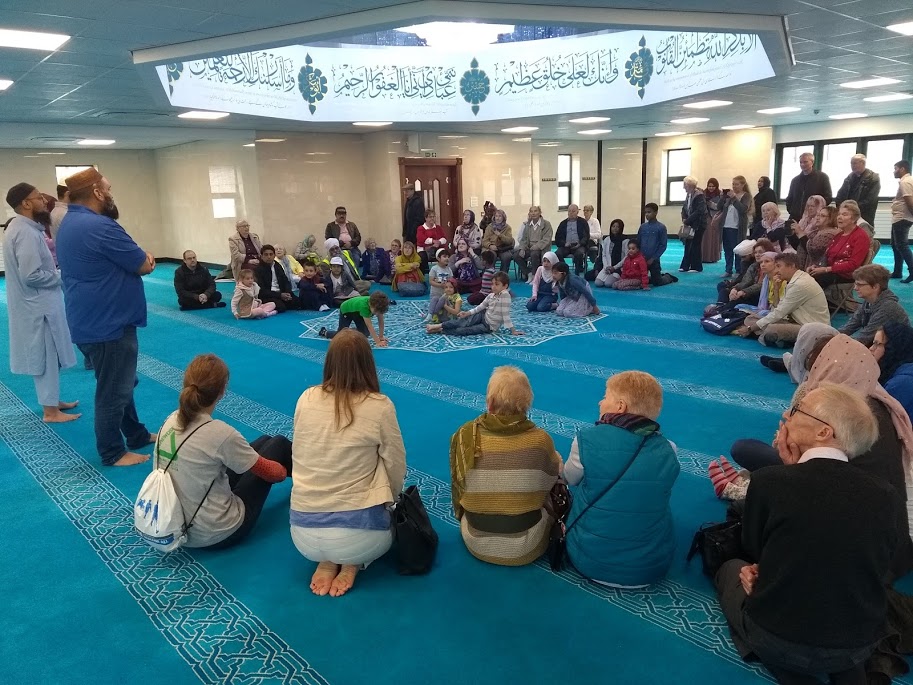 walk of friendship Inside Mosque 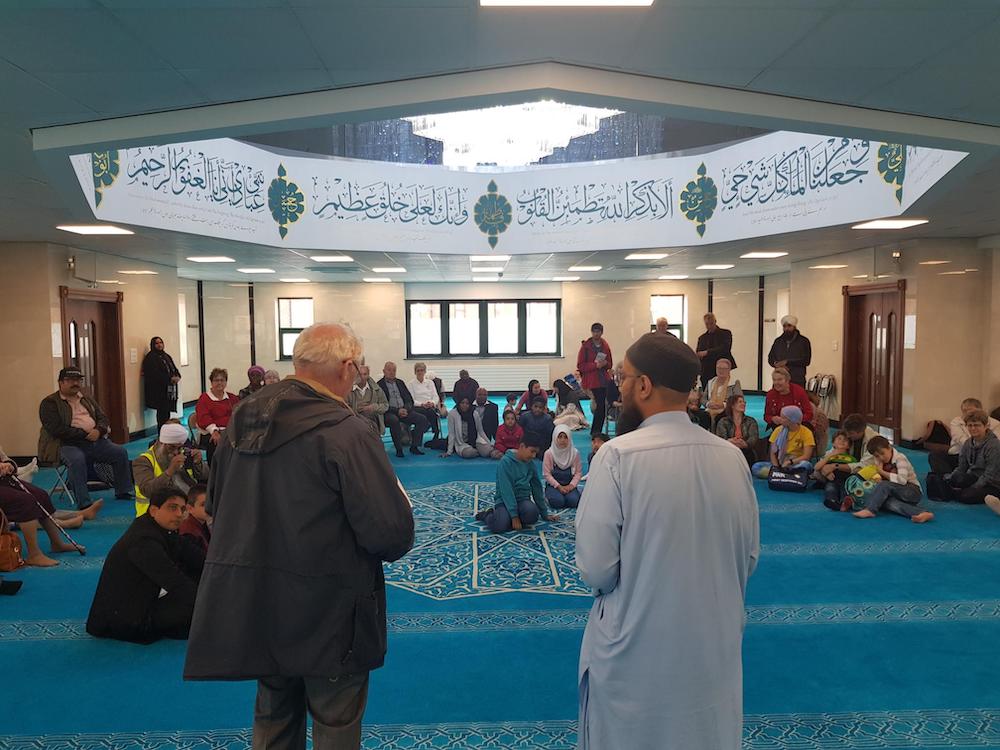 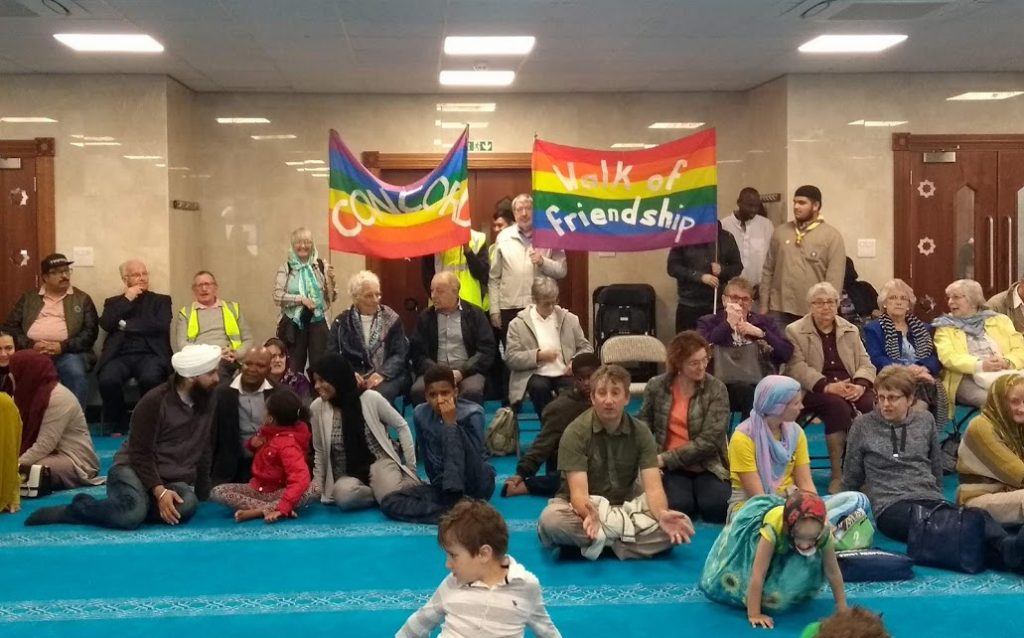 Afterwards, Cllr Taylor led the procession from the church to the Guru Nanak Nishkam Sewak Jatha Gurdwara on Lady Pit Lane, where lunch was served and worship observed.

Tarlokh Singh, a member of the Gurdwara’s congregation, said: “It’s been brilliant to welcome so many people from different backgrounds – that’s what it’s all about.

“Many people weren’t aware of what a Sikh Gurdwara is, what the etiquettes are, what it’s like inside. A lot of them have seen the building from the outside as Rington’s Tea and they’ve never been in, so for them it was a great experience.

“You’ve got to think local to also think global. If you do things right at a local level it will cascade.”

“It’s a great opportunity to express our friendship despite our religious differences.

“It’s valuable to show solidarity and friendship with each other. Everyone is happy; I’m really positive and excited about how many people have turned up.”

The walk ended at Jamia Masjid Abu Huraira Mosque, with participants having the opportunity to ask questions about Islam and finish the event with refreshments.

“This is the reality of humanity,” Mahbub, the vice-chair of the mosque, emphasised. “Even in this day and age, there are lots of examples where people put their differences aside and focus on commonalities.

“The only unfortunate thing is that you don’t hear a lot about it.

“There’s lots of good things happening in the community but you don’t hear about them in the media, so it’s a fantastic opportunity where people come together and there’s a genuine sense of friendship.”